posted at 6:31 pm by David Halperin 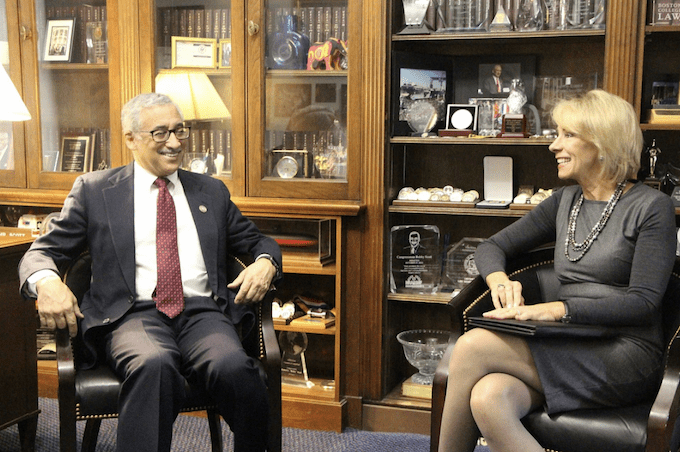 In a letter sent this evening, House Education and Labor Committee chairman Bobby Scott (D-VA) rejected the Department of Education’s proposal that it send for a hearing a Department official in place of Secretary of Education Betsy DeVos.

Scott had requested that DeVos testify regarding the Department’s utter failure to halt the collection of debts from some 16,000 former students of collapsed Corinthian Colleges, a matter that led a federal judge last month to hold DeVos in contempt for violating a court order. (The judge also imposed a $100,000 fine, which the Department announced yesterday it would  for now not contest, citing new indications that even more former Corinthian students faced harassment regarding loan payments they not required to make.) The Department proposed that Mark Brown, chief operating officer of the Department’s office of federal student aid, testify instead.

In today’s letter, Scott rejects that idea, saying that Brown, who joined the Department only in March, cannot testify adequately about key events at issue. He also cites evidence that DeVos personally directed that the Department halt the process begun in the Obama administration to cancel the loans of students, after revelations of Corinthian’s abusive practices.

Scott warns DeVos that if she does not agree by Thursday to appear voluntarily, “the committee will have no choice but to seek to compel your testimony.”