Our Republican Politicians Have Left America 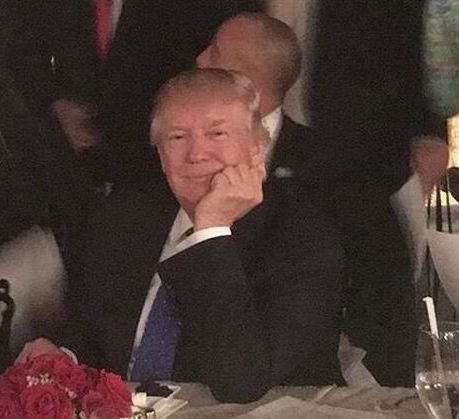 The President of the United States was caught red-handed engaging in a blatant crime against our country: using hundreds of millions in taxpayer dollars, committed by Congress for national security purposes, and the new Ukrainian president’s interest in a White House meeting, as leverage to pressure that foreign leader to announce a corruption investigation of a top U.S. political rival. Essentially, Trump was soliciting a bribe: Requesting help for his political campaign before he would perform official duties. A courageous government whistleblower brought forth the damning information, carefully stating what he knew and how. A White House transcript of the call between Trump and Volodymyr Zelensky confirmed that the whistleblower had the details right.

Trump’s reaction to the controversy is as disgraceful and disturbing as the underlying crime, as disgraceful and disturbing as anything he has done in his unbelievably ugly tenure in office. Yet almost every Republican in Congress, not to mention his henchmen and women inside the administration, are either holding their tongues or expressly defending the despicable president.

Trump told an assembled group of U.S. diplomats in New York, “I want to know who’s the person who gave the whistle-blower the information because that’s close to a spy. You know what we used to do in the old days when we were smart with spies and treason, right? We used to handle it a little differently than we do now.”

On Sunday, Trump tweeted, “Was this person SPYING on the U.S. President? Big Consequences!”

Having thus threatened the whistleblower and his colleagues with execution, Trump tweeted regarding Rep. Adam Schiff (D-CA), chair of the House intelligence Committee, which has the lead on the new impeachment investigation,  “I want Schiff questioned at the highest level for Fraud & Treason.” And this morning, Trump tweeted regarding Schiff: “Arrest for Treason?”

In addition, last night Trump tweeted his own edited version of remarks uttered Sunday on Fox News by Southern Baptist preacher Robert Jeffress: “If the Democrats are successful in removing the President from office (which they will never be), it will cause a Civil War like fracture in this Nation from which our Country will never heal.”

Executions, treason, civil war.  These are calls to arms to the most violent extremists and deranged people in our nation, whom we know are armed and have demonstrated they will take lives.

This latest conduct by Trump is beyond unacceptable, beyond shocking, beyond disqualifying for the office of president.

Rep. Adam Kinzinger (R-IL), a decorated Air Force veteran of the Iraq and Afghanistan wars, strongly denounced the civil war comment on Twitter: “I have visited nations ravaged by civil war. @realDonaldTrump I have never imagined such a quote to be repeated by a President. This is beyond repugnant.”

At the same time, a few congressional Republicans, including Sen. Mitt Romney (UT) and Rep. Mark Amodei (NV), have suggested that perhaps Congress should take the Ukraine matter seriously.

But for the most part, Republican politicians — Sen. Lindsey Graham (SC), Rep. Jim Jordan (OH), Rep. Steve Scalise (LA), and the rest — are out serving as attack dogs for Trump, defending his conduct. Or else they aren’t saying much.

How any Republican can defend this, or even remain silent for another day, is unfathomable. That congressional Republicans would defend Trump shows how they have abandoned everything — duty to their constituents, to country, to morality — to keep their jobs, by pleasing Trump voters, and thus to keep satisfying their donors’ demands for tax cuts for the rich and deregulation of fossil fuel, banking, telecommunications, and other industries. Why exactly they want to remain in public service, simply to pander to angry Trump supporters and greedy corporate special interests, I don’t know.

True Republican patriots in the House and Senate would stand up and denounce Trump’s Ukraine crime and his contemptible threats against fellow members of Congress and the whistleblowers. They also would be investigating the allegations that administration officials at all levels, including Vice President Pence, have been covering up this crime.

And true patriots in top jobs in the Trump administration, if any remain, would resign their positions and tell the whole truth about this outlaw president to the American people.