Our Country Needs To Wake Up

posted at 7:06 pm by David Halperin 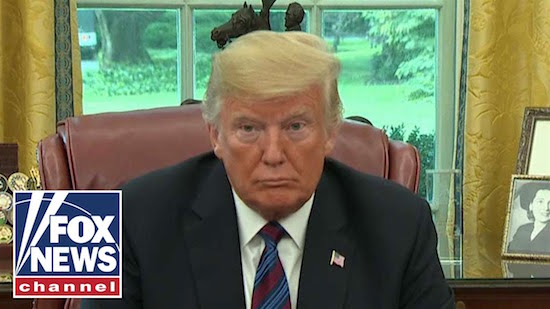 Our country needs to wake up.

We have a president who is extraordinarily corrupt, dishonest, incompetent, unbalanced, immature, vindictive, racist, misogynist, and who acts with utter contempt for the law and utter disregard for our security.

It’s time for everyone, every day, to say this person is not capable of serving as president.

Today, the President said of the 2016 election, “There was a lot of corruption; maybe it goes right up to President Obama. I happen to think that it does.”  Barack Obama needs to say this person is not capable of serving as president.

Trump’s actions in Syria and elsewhere seem aimed at, and have the effect of, advantaging Vladimir Putin and other foes of the US. George W. Bush and Dick Cheney should be denouncing Trump, if they actually care about national security. Maybe they don’t.

Mitch McConnell and the Republicans in Congress are cowards, afraid of the political risks of criticizing Trump. And Trump allows their pay-to-play party to deliver tax breaks and deregulation for the rich and corporations. They know Trump is unfit.  But they defend and protect him. They are destroying our country.

And corporations that are giving money to political committees working to re-elect Trump, or validating him through public alliances, because they like his deregulation and tax cuts and are afraid of Elizabeth Warren or other Democrat, are utterly irresponsible, unpatriotic, and disgraceful. Their customers should walk away.

Our nation is hostage to the whims of one of the worst people on earth. Everyone who understands this must speak up and demand he be impeached and removed from office.