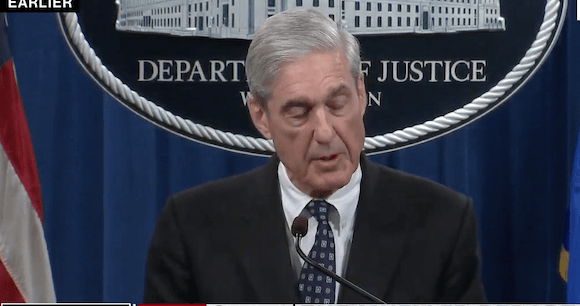 Robert Mueller’s statement this morning was exactly what I thought it would be: Mueller stuck precisely to the words of his report; made clear that if Congress forces his testimony, he will stick to the words of the report; implied there was a path forward with Congress, but didn’t say “impeachment”; praised his staff; but didn’t criticize William Barr, who misrepresented Mueller’s findings and deceived the American people.

History demanded not just a skilled prosecutor, but a gutsy, blunt prosecutor who would have spelled it out: DoJ policy wouldn’t let us indict, but the evidence of obstruction is strong, and the remedy is an impeachment inquiry.

The evidence, both in the Mueller report and elsewhere, is powerful: We have a dishonest, corrupt, crooked, disgraceful president of the United States.

Mueller brought a pencil to a gun fight.