posted at 5:47 pm by David Halperin 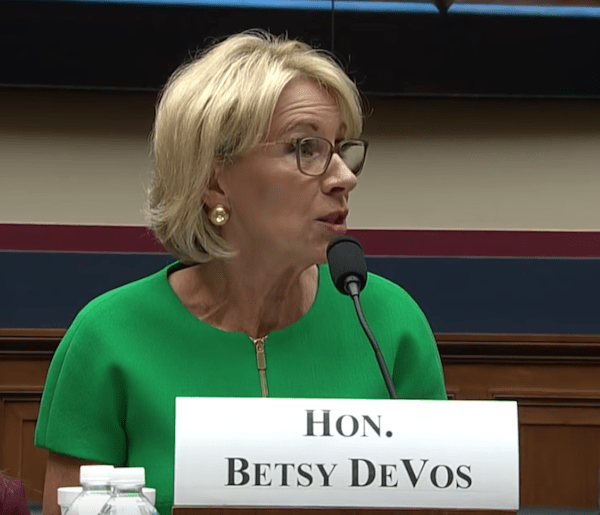 Ralph, a Comcast technician, just spent two hours at my house working really hard and fixing my cable after another Comcast tech yesterday broke it while trying to upgrade my services. When he was done, Ralph promised to come back on his own time to make further upgrades on the wires. He’s an intelligent, diligent young man who clearly takes pride in doing a good job.

Before leaving, Ralph told me he dreamed of being an audio engineer, attended the now-defunct Art Institute of Washington, DC, from 2007-2011, never got the classes he was promised when he enrolled, was pushed by school administrators into high-interest private loans in addition to his federal loans, and now owes over $100,000 for an associates degree that did nothing for his career. Instead of recording music artists, he’s climbing walls to nail up cable. Meanwhile, Ralph said, with such interest rates on the private loans, he is simply not paying down the principle.

I told Ralph, I know something about these for-profit schools, and you’re not alone: there are so many people like you, who were sold dreams, deceived, under-trained, and overcharged. He mentioned that a lawyer advised him, correctly, that his student loans can’t be discharged in bankruptcy.  He had heard about the possibility of convincing the Department of Education to forgive federal loans if you were abused; I had to tell him that, while the Obama administration, after being pressed by students and advocates for seven years, finally started granting these loan discharges to former students, Donald Trump and Betsy DeVos have refused to grant a single one.

Ralph felt he would never be able to buy a home, or start a business, or anything, because he’s buried in debt. He had a point.

Executives and investors like Todd Nelson, John McKernan, Ed West, Mark McEachen, and Jeffrey Leeds, who got rich off EDMC, the company that previously owned the Art Institutes, should have to meet face to face with people like Ralph, along with members of each of their families, to discuss higher education.

The family members should be present so they can perhaps at last understand that these successful men — their husbands, fathers, and sons — made their fortunes, in large measure, by scamming struggling Americans: veterans, single parents, people of color, immigrants, first in their families to attend college.  People who just wanted a goddamn chance.

For that matter, I’d like Betsy DeVos, Diane Jones, Virginia Foxx, Steve Gunderson, Mitt Romney, and other protectors of predatory colleges to be there, along with their families.

I’m so fucking sick of the abuses carried out against students — and taxpayers — right in front of our eyes.