Did Google pick the worst week ever to sponsor a right wing conference alongside the NRA?

posted at 8:48 pm by Kevin Grandia 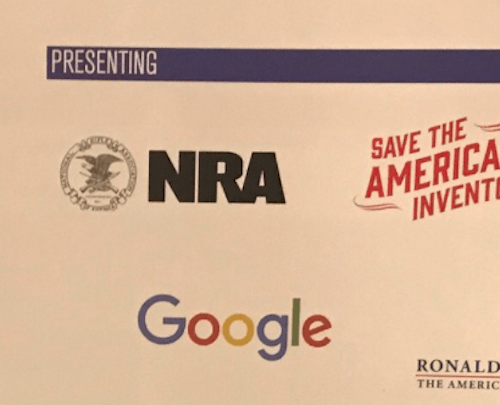 This week, the who’s who of right-wing celebrities are gathered at the annual CPAC conference to confront the true evils of American society — the media, climate scientists, 19 year old college kids who flirt with the ideas of equity and justice.

So far, speaker after speaker has seized the opportunity to stand up for unfettered gun rights in the wake of one of the most tragic mass shootings in U.S. history. It’s no real surprise that Wayne LaPierre was welcomed to a cheering ballroom and Dana Loesh closed to a standing ovation.

More dismaying, Google, of “don’t be evil” origins, chose to co-sponsor this event alongside the NRA itself.

Did @Google pick the worst week ever to sponsor a right wing conference alongside the NRA? #cpac2018 #BoycottNRA https://t.co/BHSpOx1fom pic.twitter.com/9EzutGjzog

A CPAC conference attendee shared the above image of the sponsors list.

Google takes center stage with not just the NRA, but global tobacco giant Altria and Koch/Exxon/tobacco-tied Capital Research Center. Curiously, Google does not appear on CPAC’s online list of sponsors.

Google has a history of funding right wing groups, so this isn’t entirely out of left field. But it’s no less disappointing. With the world’s attention turned to the courageous Parkland youth, the search giant chose this opportunity to cozy up with the NRA and its allies.