posted at 9:06 am by David Halperin 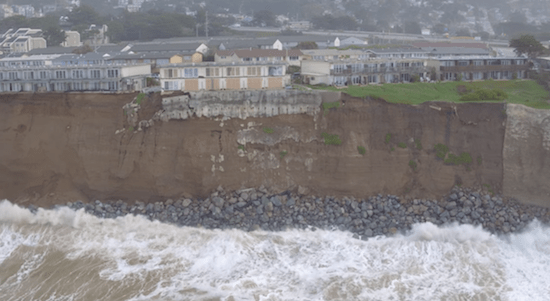 Oil giant ExxonMobil is engaged in unprecedented efforts to sue and harass in court the very people who are investigating and suing the company over global warming. Faced with determined efforts by states and localities to hold it and other fossil fuel companies accountable for contributing to, and concealing the evidence of, climate change, Exxon is crying foul, contending that it’s the victim of politically- and financially-motivated conspiracies.

But in reality there are no improper schemes behind the cases against Exxon. Instead, what’s troubling is an apparent effort by Exxon, one of the world’s wealthiest corporations, and its powerhouse corporate lawyers, to avoid a courtroom reckoning by making specious legal arguments and outspending their foes in the legal arena.

Through its attorneys at New York’s Paul Weiss Rifkin Wharton and Garrison, and Texas-based firms Haynes & Boone and Cantey Hanger, ExxonMobil has sued the attorneys general of Massachusetts, New York, and the U.S. Virgin Islands. And the company has recently targeted for depositions and document subpoenas, and threats of more lawsuits, numerous state officials, private attorneys, and advocates.

Exxon’s legal counterattack began after the Massachusetts, New York, and Virgin Islands AGs started investigating whether Exxon misled consumers and investors about the dangers of global warming and the potential impact of those dangers on the company’s bottom line. Investigative reporting in 2015 showed that Exxon scientists have known, and told Exxon management for decades, that burning fossil fuels was heating up the planet, but rather than educate the public on the dangers and change its business strategy, Exxon instead spent millions supporting efforts to question and deny the science of climate change. The state AGs also started investigating whether ExxonMobil has properly accounted for its oil reserves in the wake of global price drops and evidence of global warming.

The Massachusetts AG, Maura Healey, has explained that her investigation focuses “on whether Exxon may have misled consumers and/or investors with respect to the impact of fossil fuels on climate change, and climate change-driven risks to Exxon’s business,” in marketing energy products and in marketing Exxon securities, in violation of the state consumer protection law. Similarly, New York’s AG, Eric Schneiderman, has indicated that he is investigating whether ExxonMobil’s public statements about climate change conflicted with its internal research, which could have led to “state law violations, including under the Martin Act,” the New York law that prohibits financial deception and fraud. (The New York AG reached settlements with Xcel Energy and Dynegy, Inc. in 2008 and with AES Corp. in 2009 based on those companies’ failures to disclose climate change risks in securities filings.)

In 2016, Exxon launched its response, suing Healey, Schneiderman, and U.S. Virgin Islands attorney general Claude Earl Walker in federal courts in its home region of Dallas-Fort Worth. The suit against Walker succeeded when his small office halted its investigation of the oil titan, but the other two AGs persisted.

U.S. District Judge Ed Kinkeade approved Exxon’s demand that Healey and Schneiderman submit to depositions by Exxon lawyers — an unwarranted, and  virtually unprecedented move, as prosecutors aren’t normally required to face cross examination by people whom they’re investigating. Healey and Schneiderman fought back, seeking an unusual mid-case appeal to the 5th Circuit U.S. Court of Appeals, after which Kinkeade backed down, cancelled the depositions, and transferred the case to a federal court in New York.

As Exxon continues its efforts to convince a Manhattan federal judge to allow it to depose the two state AGs and, ultimately, to block their probes, it faces a new wave of lawsuits: since September 2017, eight cities and counties in California, plus New York City, have sued Exxon and other fossil fuel companies, alleging harm to their communities from climate change.

The new lawsuits brought by California cities and counties — the cities of San Francisco, Oakland, Santa Cruz, Richmond, and Imperial Beach, plus Santa Cruz, San Mateo, and Marin counties —  could pack a powerful punch. The suits allege that ExxonMobil, Chevron, ConocoPhillips, BP, Royal Dutch Shell, and others knew for decades that fossil fuel-driven global warming and rising seas threatened human life, but continued to expand their production, while deceiving consumers about the risks. Asserting that this conduct violates various state tort rules — public nuisance, failure to warn, design defect, negligence, and trespass — the suits demand that the companies pay for the costs of environmental harms like damages to seawalls, and dangers from severe weather, droughts, and fires.

These new lawsuits have a stronger chance of success than a 2008 case filed against fossil fuel companies by the small Alaskan community of Kivalina, seeking to recover the cost of relocating their village, which was threatened by rising sea levels. A federal judge dismissed that case, concluding that the village could not trace its injuries to any particular defendant. But today there is much more evidence that global warming is real, accelerating, and caused by burning fossil fuels, and that oil companies knew such information, suppressed it, and sought to counter it. Also, lawyers for the California cities and counties believe that recent scientific advances will make it easier to prove that the specific defendants’ activities harmed or threaten their client communities.

Faced with these mounting challenges to its conduct, ExxonMobil is relentlessly trying to change the subject.

In legal papers and public communications attacking the New York and Massachusetts attorney general investigations, Exxon has charged that various meetings among lawyers, advocates, and charitable foundation officials to discuss climate change liability issues, and communications between such people and attorneys general offices, are evidence of an untoward conspiracy against the company. Exxon further alleges that the AG probes attack the company’s First Amendment rights.  “The attorneys general have violated Exxon Mobil’s right to participate in the national conversation about how to address the risks presented by climate change,” Dan Toal, one of Exxon’s lawyers at the Paul Weiss firm told Bloomberg.

Now Exxon and its allies are aiming to tie the new California lawsuits into this alleged conspiracy. The company is seeking to depose more than a dozen California officials, plus private attorney Matt Pawa, in anticipation of a threatened lawsuit alleging violation of the company’s free speech and other constitutional rights. In a January 8 Texas court petition seeking the depositions, Exxon charges, “A collection of special interests and opportunistic politicians are abusing law enforcement authority and legal process to impose their viewpoint on climate change.”

A recent op-ed by New York business consultant John Burnett attacked some of the California cities and counties for hiring outside lawyers to sue Exxon and paying them on a contingent basis — meaning they get paid if and only if Exxon loses in court or settles — even though this consultant acknowledges that the cities and counties couldn’t afford to pay the lawyers any other way. He calls the arrangement “a perilous new frontier in the world of ambulance-chasing by elected officials.” Similarly, Linda Kelly, general counsel for the National Manufacturers Association, told a reporter, “From Richmond, California, to New York City, activist-driven lawsuits are being filed to undermine manufacturers in America without regard to the facts.”

But these counterattacks on those pursuing Exxon are themselves fueled by false information and unwarranted charges.

I’ve worked for many years in association with some of the people Exxon has claimed are part of the alleged conspiracy. They aren’t conspirators. They generally do their work and make their cases out in the open. A 2012 meeting in La Jolla, California, among private lawyers and climate experts that Exxon repeatedly cites as the birthplace of the secret plot was meticulously documented and photographed by the participants themselves.

There’s also nothing sinister or unusual about scientists, private lawyers, other experts, or simply concerned citizens providing evidence and arguments to state attorney general offices regarding potential legal violations, including, indeed especially, in complex matters involving powerful actors. There’s nothing wrong with state and local law enforcement officials working in parallel on probing a common issue or target — it happens frequently. Nor are public statements by officials regarding those probes proof of political bias or an impingement on Exxon’s First Amendment rights. And nor is it unusual or improper for local governments to hire private lawyers to protect their residents’ interests in court.

The AGs and local officials are doing their jobs — pursuing evidence of law-breaking. If Exxon believes it has behaved properly with respect to climate change, it should use its expensive and talented lawyers to defend itself on the merits, rather than harassing others over invented conspiracy theories.

This article also appears on DeSmog.