Discredited Accreditor ACICS Fails to Get Many State Endorsements 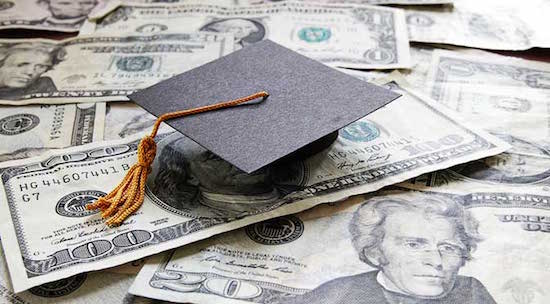 With Trump Education Secretary Betsy DeVos considering the request of the Accrediting Council for Independent Colleges and Schools (ACICS) to be reinstated as a gatekeeper for federal student grants and loans, the discredited for-profit college accreditor has reached out to state higher education oversight agencies seeking endorsement. According to state officials and public records, at least some state oversight agencies have declined to do what ACICS is requesting, while at least one state agency, Ohio’s, wrote a letter to ACICS endorsing its bid for reinstatement.

The Ohio letter is from John P. Ware, executive director of the Ohio State Board of Career Colleges and Schools. Ware’s letter, addressed to ACICS executive director Michelle Edwards, says that the Ohio board “has enjoyed a productive working relationship with ACICS for many years” and praises the accreditor for making “many positive changes to its processes and procedures” in recent years. Republic Report obtained the letter earlier this month under the Ohio open records law. It was subsequently released, as an exhibit to ACICS’s application for reinstatement, by the U.S. Department of Education, following an injunction against the Department secured in federal court by the Century Foundation and the National Student Legal Defense Network.

Ware has not responded to my follow-up email seeking clarification as to whether his agency received a request from ACICS seeking the endorsement. Nor did he respond to a question asking whether he had concerns about supporting ACICS given its controversial record.

However, it is clear that ACICS has reached out to numerous states requesting letters of support, including though phone calls and emails from the law firm Duane Morris, whose lawyers have in the past represented predatory for-profit college companies including Corinthian, EDMC, and Career Education Corp.

Despite such entreaties, it appears that ACICS was not as successful gaining support from other states.

There seem to be no other endorsement letters from state officials in the ACICS submission to the Department. There is, on the other hand, an email message from the Illinois Board of Higher Education (IBHE) declining to provide ACICS with an endorsement letter. That message, from Illinois board staff member Stephanie Bernoteit, was sent in response to an email request from one Justin Nelson of Duane Morris.

Nelson’s message, apparently following up on a phone call to the Illinois board, says that he is reaching out “on behalf of” ACICS. “Currently,” Nelson writes, “ACICS is in the process of applying to the U.S Department of Education (USDOE) for recognition as an institutional accreditor. As part of this process, ACICS is required to demonstrate that its role as an institutional accreditor is accepted by state licensing bodies.” Nelson then makes his request: “To demonstrate this, we are hoping that IBHE will join with other state licensing bodies in supporting ACICS by submitting a letter to the USDOE indicating that the Board accepts ACICS as a valid accreditor.”

The email from Nelson makes no reference to the fact that in 2016 the Department of Education, after a long review process, revoked ACICS’s status as a recognized accreditor.

Nor does Nelson make reference to that revocation in a similar email he sent to the South Carolina Commission on Higher Education — a message we obtained from the commission under the South Carolina Freedom of Information Act. The South Carolina agency provided no other documents in response to our request, suggesting that the agency had not provided a letter as sought by ACICS.

Officials, who asked to remain anonymous, at several other state higher education agencies told me they had received similar requests for endorsement letters from ACICS and had declined. One state agency official expressed the belief that many state oversight agencies are increasingly determined to uphold standards of quality and integrity in higher education programs, and that endorsing ACICS would run counter to that goal.

A Duane Morris lawyer told me that Justin Nelson, who is not listed on the firm’s website, is a law clerk at the firm. Otherwise the firm had no comment on the matter, including my request to know how many states had been contacted and how they had responded. Nor has ACICS responded to similar questions emailed to them.

UPDATE 02-27-18 7:25 pm: I now can report that a second law firm, DC-based Powers Pyles Sutter & Verville, also contacted state higher education officials seeking letters to the Department of Education in support of ACICS’s application. Yesterday I emailed Sharon Bob, the Powers firm non-lawyer who made these requests, asking about her efforts, but she did not respond. Now I have confirmed that she indeed has been engaged in such work. [UPDATE 01-28-19: I fixed an error in this paragraph, which previously referred to Sharon Bob as a lawyer; Bob is not a lawyer.]

The Obama Department of Education dropped ACICS as a recognized accreditor in September 2016 after it found that ACICS was not meeting its obligations. The group’s job was to monitor the integrity and quality of schools, but it appeared asleep at the switch as it regularly approved predatory for-profit schools including Corinthian Colleges, ITT Tech, Kaplan, EDMC (the Art Institutes), Career Education Corporation (Sanford-Brown), Alta Colleges (Westwood), Globe, FastTrain, and Daymar. All these companies have left many students worse off financially than when they enrolled and have ended up investigated by law enforcement for deceptive practices. Some, like Corinthian and ITT, shut down under the weight of their abuses. FastTrain’s CEO has been convicted of federal crimes and sentenced to eight years in prison. Others, like Kaplan, EDMC, and CEC, continue to receive billions in taxpayer dollars.

Before the Obama administration issued its decision dropping ACICS, numerous advocates for students had sent reports or letters highlighting the dismal failures of ACICS to monitor college quality and abuses and calling on the Department to end its recognition of this body. Those opposing ACICS included thirteen state attorneys general; Ben Miller of the Center for American Progress; nine veterans groups including Student Veterans of America and Vietnam Veterans of America; a coalition of 23 groups that advocate for students, consumers, and educators; and Senators, including Dick Durbin and Elizabeth Warren, who issued a blistering report that criticized ACICS for its weak oversight of colleges, and also took the Education Department to task for its weak oversight of accreditors.

ACICS sued the Department over its decision but failed last February to convince a federal district judge to block the Department’s decision pending a final ruling. Last August, the judge allowed state attorneys general to intervene in the case to defend the decision even if the Trump administration stopped doing so. But that case could be made moot if the DeVos Department reinstates ACICS.

As the DeVos Department takes steps toward potentially reinstating ACICS, continuing its pattern of tailoring policy to the wishes of most egregiously predatory for-profit schools, it has relaxed requirements that the Obama administration imposed on ACICS-accredited schools while they sought new accreditors.

Meanwhile, the discredited for-profit college lobbying group CECU, which has harbored many of the same predatory schools as ACICS, and which opposed the Department stripping away of ACICS’s recognition in the first place, predictably has called for the Department to recognize that ACICS has seen “significant reform efforts undertaken by new leadership.”