What For-Profit Colleges Really Think About the Gainful Employment Rule 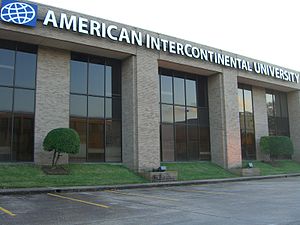 With the U.S. Department of Education today planning to release gainful employment data, showing which career colleges are leaving their students with overwhelming debt, and with Trump Secretary of Education nominee Betsy DeVos likely to face questions about career college accountability at her confirmation hearing set for Wednesday, below is a critical new analysis from the Protect Students and Taxpayers Coalition:

While the for-profit college industry trade association (CECU, formerly APSCU) claims that the gainful employment regulation will “harm millions of students” and has lobbied aggressively to block it, industry members and analysts tell investors that the regulation does not pose a problem because the companies already lowered prices and improved programs in anticipation of it. Instead, industry members and analysts cite increased competition from public and non-profit colleges as the biggest threat to the industry. Many companies recently reported that none of their programs fail under the regulation, and very few are in the zone requiring improvement (e.g., Capella, Strayer, APEI, Grand Canyon, Bridgepoint). Below are examples of company and analyst statements about the gainful employment regulation finalized in 2014.

“According to the Department of Education’s draft that [sic] earnings rates, none at APUS or HCON’s degree programs were identified as failing or in the warning zone for gainful employment regulations.” [Emphasis added; from American Public Education November 7, 2016 earnings call transcript]

“On October 20, 2016, we received draft Debt-To-Earnings (DTE) ratios from the Department of Education for the first measurement year. The DTE ratios we received showed that none of our programs were determined to ‘Fail.’” [Emphasis added; from Capella Education Company October 25, 2016 10-Q]

“Late last week we received the Department of Education’s draft gainful employment data which showed that none of our programs failed. The draft data did show that two of our very small associate programs indicated in the zone.” [Emphasis added; from Strayer Education October 26, 2016 earnings call transcript]

“…I would like, once again, to reiterate our previously and off-stated commitment to run this institution in full compliance with all regulatory and educational requirements. And based on the last version of the draft regulation, which the department had released, we do not anticipate any material changes to either our academic offerings, operational plans or capital structure in order to comply with this regulation.” [Emphasis added; from Strayer Education October 30, 2014 earnings call transcript]

“We’ve continued to have estimated projections for gainful employment. Obviously, we did receive the draft rates and those draft rates are relatively in-line with our expectations in terms of where we thought we would have some programs perhaps falling into the zone, most notably with Ross vet[erinary school]. We have options that we’re pursuing to ensure the program continues to remain eligible for Title IV. And we’ll continue to pursue those before the [final rates] are published.”

Analyst: “So I take it then that there are no programs that are failing at this point?”

DeVry’s Patrick Unzicker: “Not of any material significance as it relates to our strategy on a go-forward basis.” [Emphasis added; from DeVry Education Group November 1, 2016 earnings call transcript]

“…there are couple of programs that are at risk for each of the school [sic]. And as you can refer back to our risk assessment in the last K, it’s pretty consistent with what we have thought. And again right now, we’re analyzing the data and feel comfortable that there’s the opportunity to where those programs are affected. We have the time to be able to develop new programs and shift resources if need be.”[Emphasis added; from Career Education Corporation earnings call, November 3, 2016]

“Since we now have greater visibility around gainful employment, I want to take a minute to discuss how we believe it will affect Career Education. The final rules have just been published and we are still analyzing all of the details. In general terms, the greatest risk is in the areas of Culinary and Art and Design. The University group is largely unaffected by the regulations. The good news is that we have been proactive in our planning by developing options for the programs we feel were at risk. In addition, we have adequate time to make any program changes, and don’t feel the need to necessarily rush any decisions without first making sure they are the right decisions. The gainful employment regulations should not impede our getting to EBITDA positive for our ongoing operations next year or our continued progress thereafter.”

“Within Career Colleges, we have already begun to deemphasize certain programs, a decision we made not as a result of the anticipated gainful employment regulation, but instead because there is less student interest in certain programs making reductions a good business decision. Where appropriate, we are also adding new programs that should fare better under gainful employment.” [Emphasis added; from

“We received draft information about gainful employment and once again I’m pleased to announce that less than 1.5% of our students are in continuing programs that failed and even with these programs we have solutions in place that will allow us to continue to serve students interested in these disciplines. No programs in our transportation and Skilled Trades segment failed.” [Emphasis added; from Lincoln Educational Services Corp. earnings call, November 3, 2016]

“In addition, with the posting of the final gainful employment rule, stability will return to the sector and the cloud of uncertainty also begins to clear from our Company’s operational outlook. We spent a number of years and significant resources preparing to operate under any version of the gainful employment rule and any other rule targeting our industry. We specifically prepared our Company for either side of the proposed two-part gainful employment rule. And although we disagree with the approach of the federal government, we are prepared to operate under the new version of the rule with minor future adjustments to operations.” [Emphasis added; from Lincoln Educational Services Corp. earnings call, November 4, 2014]

“More than regulatory pressures or increased price sensitivity, we believe the most significant challenge facing the for-profit education industry is sharply increased competition. Greater availability of online degree programs from not-for-profit institutions has largely commoditized the adult degree completion market, in our view….The final 2014 proposal is more strict than the 2011 version, however, we note that changes made by most schools in recent years have focused on improving compliance (e.g. program eliminations, price adjustments) which should reduce the impact of new GE rules.” [Emphasis added; from PiperJaffray analyst Peter Appert’s Industry Note, “Signs of Life in Education Sector,” November 12, 2014]