posted at 3:28 pm by David Halperin 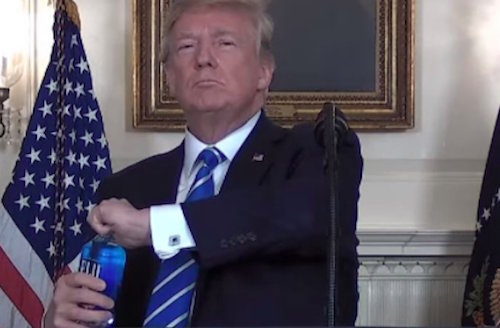 I got a call from Bernie Bernstein of the Washington Post, offering me $300 to keep writing this feature. I was caught off-guard and blurted that I would probably still write it even without the money. I really regret that.

But I’m thankful this week that we’re at 10 months out of 48 and we haven’t yet all died in a nuclear war.

Dad’s decision to loosen restrictions on the import of elephant parts from Zimbabwe and Zambia gives wild tweeter / collusion attempter Don Jr. time to kill before he goes to prison.

He must be so proud of Roy Moore.

UPDATE 11-18-17: Sheldon Adelson and even patrons the Mercers are walking away from Bannon’s bigoted, incompetent, Moore-tainted “vanity project.”

Weirdo climate change deniers may mimic Pruitt and complain behind closed doors that he’s not sufficiently hard-core, but the EPA director’s real patrons — big oil, gas, coal, and chemical companies — are plenty satisfied with his wholesale abandonment of environmental protections.

At the opening session of a series of public meetings to dismantle protections for students and taxpayers against crooked for-profit colleges, it was clear that the DeVos Department has stacked the deck, loading up the panel with people tied to for-profit schools, including some of the worst actors in the industry; limiting discussions to the parameters of shockingly one-sided issue papers drafted by her team; and refusing to allow attendees to record the event. 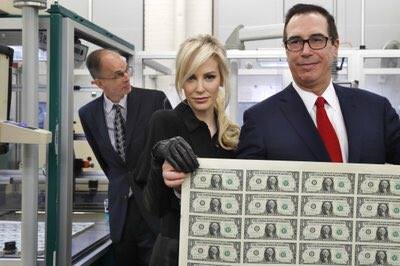 What’s next for the entitled duo? Will Louise demand that Steve’s face go on the money, or her face?

The GOP is now entirely a pay-to-play operation, and one that counts on the American people not to notice. Exhibit A: Tax “reform” bill that mostly involves the transfer of money from the middle class to the ultra-rich.

How many times can one dog eat your homework? Is it even physically possible to leave so much information out of your federal disclosure forms and responses to investigators? Once again, kudos to Jared’s award-winning ethics lawyer, Jamie Gorelick.

Trump has attacked Bill Clinton, Harvey Weinstein, and now Al Franken over sexual abuse charges, but his only response to the sixteen women who have asserted that he abused them — just as he bragged to Billy Bush that he abused them — has been to call them all liars and threaten to sue. That makes Trump the Roy Moore of the East, except much worse.

Although Trump has repeatedly insisted that he has little time to watch TV, he tweeted this week, “While in the Philippines I was forced to watch @CNN, which I have not done in months, and again realized how bad, and FAKE, it is. Loser!” Since Trump has little time to watch TV, I guess he did not mean he was “forced” to watch CNN because there was nothing else on TV. He must mean that he was forced at gunpoint to watch by President Duterte’s men. They are tough.

People of good will hoped that, in the holiday spirit, Trump would apologize to Marco Rubio for calling him a “choke artist” after Trump found out this week how hard it is to locate, open, and drink from a bottle of water. Not yet.

Meanwhile, us taxpayers are paying for Justice Department lawyers to defend Trump’s troubling, illegal insistence on continuing to earn big money from his businesses while he’s president.

Trump is again number one — the most disgraceful figure in the Trump administration. Trump is not merely a disgrace; he’s a total and complete disgrace.
Vintage disgracefulness: