posted at 3:33 pm by David Halperin 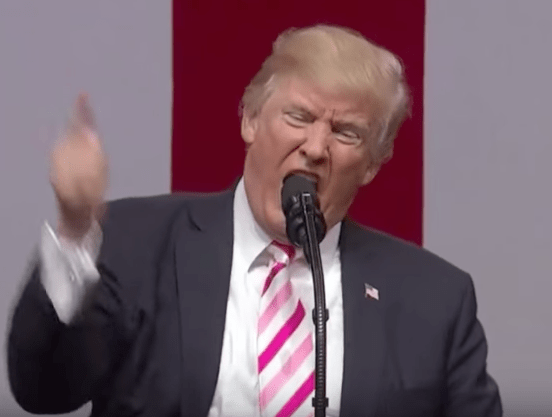 Permanent spoiler alert: We can’t imagine anyone other than Donald J. Trump ever occupying the top spot in the rankings. But we won’t get tired of him winning. Believe me.

Their effort to give the policy-illiterate Trump his REPEAL AND REPLACE win by pushing the worst GOP health care bill yet is, obviously, disgraceful.

We declare former congressman (D-NY) and future inmate Weiner an honorary member of the Trump team, because there’s a good possibility that Trump wouldn’t be president if Weiner, having twice been exposed and crushed politically for online engagements with various ladies, had restrained himself last year from engaging in a months-long sexual dialogue with a 15-year-old girl.

Entitled surgeon Price announced he would suspend, for now, his egregious and hypocritical waste of taxpayer money through chartering private planes (at least $400,000 worth so far) instead of flying commercial like actual public servant cabinet secretaries have done. Price insisted, though, that the problem was not abuse of taxpayer dollars and the public trust, but leftists, and that he is a hero, telling Fox News, “Remember that there are folks who want to see this president fail; there are folks who want to see this administration fail. That is part of the stream; we are swimming upstream against that kind of current, but that’s not dissuading us at all.”

Entitled, sheltered billionaire DeVos told a Michigan gathering of wealthy Republicans that the victims of predatory for-profit colleges — broke veterans, single moms, and others who have applied under a federal law to have their loans cancelled after they were defrauded — are seeking “free money.”

The deadly wrecks of Harvey, Irma, and Maria are what climate change looks like. Yet Scott Pruitt, bound to his polluting patrons, has done nothing but cancel government efforts to fight climate change. He has repeatedly met with executives from fossil fuel industries and thereafter issued decisions benefitting them. And he has spent these stormy weeks making media appearances where he has claimed that discussing climate change now is “very, very insensitive” to victims, attacked his predecessors in the job and other climate advocates, and claimed that he is the true environmentalist. He’s also demanded around-the-clock security, requiring three times the security personnel of his predecessors at the EPA, and forcing the reassignment of agents who are supposed to be investigating environmental crimes.

Entitled 300 million dollar man Mnuchin backed up Trump’s demand that kneeling NFL players be fired: “It’s not about race, it’s not about free speech. They can do free speech on their own time.”

A legitimate enterprise shouldn’t fire workers simply for peacefully expressing their views. But the government should fire officials who seek to use military aircraft for their European honeymoon or to view the solar eclipse.

The White SuPresident told an Alabama rally crowd that an NFL football player peacefully protesting against racism is a “son of a bitch” who should be fired. He used a tweet to disinvite to the White House the NBA basketball champions because their star player had criticized him. He also slammed a U.S. badminton star as a “total loser.” (Just kidding on the last one, of course; American badminton players tend to be white, or Asian.)

Trump spent another week hurling insults at athletes, at “the totally biased and dishonest Media,” and at “Crooked Hillary,” while saying almost nothing about the millions of Americans suffering on Puerto Rico, the Virgin Islands, Florida, and Texas from the effect of the kind of storms that will only intensify with his abandonment of policies to fight global warming.

Trump continued his weak, passive-aggressive campaign to take away healthcare, without having the slightest idea what any of the Republican repeal and replace bills contain.

Trump again tweeted that Russian interference in the U.S. election, confirmed by all our intelligence agencies, is a “hoax,” thus reaffirming his refusal to defend our democracy against manipulation by a ruthless foreign autocrat.

Oh, and Trump continued to engage in a reckless exchange of taunts with the reckless leader of North Korea, thereby ratcheting up the danger of a massive nuclear war.