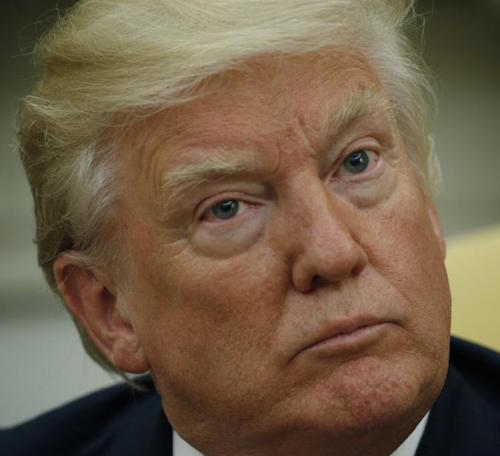 Among the many disturbing elements of Donald Trump’s presidency, two are especially stark today.

First is Trump’s remarkable disrespect for constitutional values and the rule of law — his attacks on  the news media, the judiciary, and others in his way, his firing of FBI director James Comey, and most recently the New York Times interview in which Trump questioned the integrity or judgment not only of Comey, but also of much of the current leadership at the Justice Department: his Attorney General Jeff Sessions, Deputy Attorney General Rod Rosenstein, acting FBI director Andrew McCabe, and special counsel Robert Mueller, who is directing the Russia investigation.

The second is the growing possibility that Trump, his family, and his associates could be in legal jeopardy from Mueller’s investigation, because of ties between the Trump campaign and Russia’s government, on top of the already clear timeline suggesting that Trump may have obstructed justice by, among other things, pressuring and then firing Comey.

Put the two elements together, and the concern is powerful: That Trump may respond to the intensifying Russiagate investigation by firing Mueller or others at the Justice Department, and also by preemptively pardoning members of his family like Jared Kushner and Donald Trump Jr., as well as associates like Michael Flynn and Paul Manafort, even before any criminal indictments are issued.

This is not an idle threat. Asked by the Times if Mueller probing his family finances would be “a red line” or “a breach,”  Trump said yes, it would be “a violation.” Asked if he would fire Mueller in such circumstance, Trump replied, “I can’t answer that question because I don’t think it’s going to happen.” But investigating possible collusion with Russia might well involve following a money trail and probing financial motives.

The threat of a Mueller firing, therefore, is all too real. It demands an urgent, determined response.

Trump’s sudden firing of Comey produced shock and outrage but no mass demonstrations or Republican defections from the Trump fold. Democrats and independent observers had their own issues with Comey because of his unorthodox handling of the Hillary Clinton email investigation. The firing of the widely-respected Mueller, who has no such baggage, would be of a different magnitude and an even greater threat to the integrity and very survival of our constitutional system.

Defenders of American values and freedoms need to be ready for a firing of Mueller or issuance of pardons.

We need a national mobilization to defend democracy, one with a deep grassroots base, and also a broad slate of national leaders — not just Democrats and independents, but also those Republicans who are ready to publicly declare their commitment to country over support for Trump.

We have seen almost no such principled leadership from Republicans in Congress, most of whom seem prepared to tolerate Trump’s abuses so long as he backs their agenda of tax cuts for the wealthy, Obamacare repeal, and elimination of health, safety, and environmental rules.

But former Republican officials and lawmakers, and even ex-presidents, and some current GOP governors might be receptive now to discussions about such a bipartisan stand. A broad group of business and labor leaders, civil rights advocates, scholars, and others also could be recruited.

This mobilization would include the creation of pro-democracy content, media appearances, preparations for public demonstrations, facilitation of legal challenges, and outreach to congressional leaders.

The message would be clear: The United States is a constitutional democracy, based on the rule of law, and no one is above the law.  Trump firing Mueller would cross a line, as would pardons, and should prompt an immediate impeachment investigation in the House of Representatives.

Trump would surely paint, and his political base would surely see, such a coming together as the establishment intervening to halt Trump’s populist agenda, his promise to fight for the forgotten man and woman. But even the Trump operation’s efforts to brand any bad news as fake news won’t shield some of his voters from the reality that Trump instead has pursued a pro-corporate agenda, and that he has produced few legislative accomplishments to aid those left behind by the economy. And some in his base may come to agree that our system cannot tolerate a president trying to rule like an unaccountable tyrant.

Such a mobilization would be aimed only at preventing Trump from attacking the pillars of our justice system. It would have no policy agenda. There would be no pretense that such a broad coalition would bridge the policy divides or reduce the rancor in our political system. It would simply be about warning Trump not to transgress this critical boundary, and about fighting for our freedoms if he does.

It’s time for American patriots of all backgrounds to stand up and act with purpose to defend our democracy.

David Halperin, a lawyer, formerly served on the staffs of the National Security Council and the Senate Intelligence Committee.