Operator of Corinthian Campuses in Public Tussle With Overseer

posted at 7:10 am by David Halperin 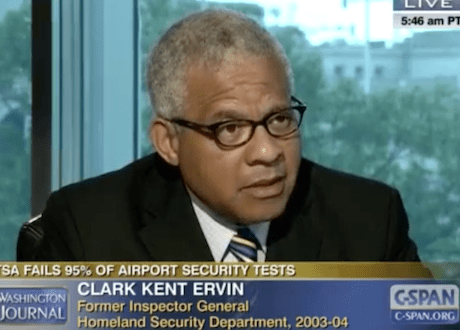 ECMC, the student debt collection operation that took over many of the campuses of notorious, collapsed for-profit Corinthian Colleges, is in a public spat with Clark Kent Ervin, the well-regarded lawyer charged with monitoring the integrity of programs at ECMC’s education subsidiary, Zenith. The dispute — a sharp back-and-forth in written exchanges — suggests what can happen when a determined overseer comes face-to-face with college operators who don’t want to believe they’re doing anything wrong.

The U.S. Department of Education took many bold, positive steps in the last few years of the Obama Administration to protect students and hold bad career colleges accountable. A notable misstep, however, was to allow ECMC, which had no experience running colleges, to take over many of Corinthian’s Everest and Wyotech campuses across the country. The Department, in effect, was treating Corinthian as too big to fail, and decided that instead of helping Corinthian students find new schools or cancelling their federal loans, it was better to hand the campuses over to an untested new owner, whose only record with students was asking them to pay their debts.

The Department imposed some conditions on the sale, including that Zenith, although a non-profit operation, agree for a period to comply with some federal rules governing for-profit schools, and also to accept ongoing review by an outside monitor.

But as documented by the Associated Press and Republic Report, Zenith continued many of the questionable marketing, recruiting, and operating practices of Corinthian, and retained many key Corinthian staff members. To make matters worse, Zenith hired as its monitor the law firm Hogan Marren Babbo & Rose Ltd., whose attorneys had in the past represented Corinthian, as well as other predatory for-profit colleges. Also concerning was that initially Zenith’s retention of Hogan Marren was treated as a confidential attorney-client relationship, thus shutting the Education department and the public out of their dealings.

After critics (including me) complained to the Department, and an AP story highlighted the problems inherent in Hogan Marren’s involvement, the Department insisted on a new monitor, which led to the hiring of Ervin. Although I expressed dismay at the time because Ervin’s law firm, too, represented Corinthian in at least one lawsuit brought by students alleging fraud, and lobbied for the for-profit college industry, Ervin did have a reputation for independence and integrity. He was inspector general at the U.S. Department of Homeland Security during the Bush Administration, and tangled with Bush officials over his diligent efforts to root out waste, fraud, and abuse.

The new sniping between Ervin and Zenith is publicly available on a website created for this oversight.  The Hogan Marren monitor reports were not initially released, and were the subject of a Freedom of Information Act request that I filed last year with the help of the Harvard Law School Project on Predatory Student Lending. The Obama Department of Education finally posted them the week before Donald Trump’s inauguration. The Hogan Marren reports were mostly bland and brief, as was Ervin’s initial report, filed last summer. But the new Ervin report reveals a hot dispute between overseer and overseen.

Ervin’s report for September to November 2016 concludes, focusing on Everest’s Norcross, Georgia, campus, that there is one instance in which Zenith is violating a state or federal legal requirement, that being Zenith’s statement in its enrollment agreement disclaiming responsibility for “any statement of policy, placement assistance activities, curriculum or facility that does not appear in the School Catalog or in this enrollment agreement,” whereas the state of Georgia requires schools to “assume ‘full responsibility for the actions, statements and conduct of all its agents.'” Zenith insists, in its reply, that Ervin reads the Georgia regulation “out of context.”

Moving beyond that potential legal violation, Ervin notes a full 69 instances in which he found statements in Zenith’s marketing and admissions materials to be “misleading” or “unfair” to students, but in each case Zenith management insisted otherwise. Ervin says he brought these disagreements to the Department of Education, which agreed that a number of the Zenith statements could have caused student confusion or misunderstanding. Zenith’s reply insists that the Department was not as concerned as Ervin suggests.

Ervin writes he did not plan to detail this dispute in his public report, out of concerns that “unfair” and “misleading” are “inherently subjective terms” and that such detail could spur unjustified lawsuits against Zenith. But Ervin writes that he felt “obliged” to write about the dispute “because Zenith has chosen in its response to cite, out of context, just a handful of the Monitor’s comments and to characterize them in such a way as to make them seem trivial or frivolous….”

One matter of particular concern to Ervin is that Zenith uses a single form entitled “Application/ Enrollment Agreement” that is “unclear on the face of the document whether one can apply to an Everest school without intending to enroll if accepted.”  Ervin writes, “A prospective student should have the option of applying to a school without any obligation.”  He notes that Zenith’s own student catalog contemplates such separation between applying and enrolling, which, he adds, is “the typical process for colleges that are operating as traditional educational institutions rather than as profit seeking business enterprises.”

Ervin’s implication is clear enough: Zenith may be resisting the clear separation of applying and enrolling in hopes of maximizing the number of enrolled students, just as Corinthian was notorious for pushing its admissions team to enroll every person it could, to accept anyone with a pulse, regardless of whether they could succeed in the program or intended career.

In a similar vein, a contractor hired by Ervin reviewed 970 calls between prospective students and Zenith admissions officers, and found a handful — six of them — “problematic.” A small percentage, to be sure, but what these few Zenith staff told students had disturbing echoes of Corinthian’s deceptive recruiting pitches. One, says Ervin, “suggested that the prospective student could be paid to attend the school because financial aid (specifically, a grant) was so easy to obtain.” Another told a prospect who said that personal problems would prevent her from enrolling right away that if she didn’t enroll that very night, a scholarship “may not be available.” This admissions counselor prodded the student: “Why don’t you come on? …. This is only for winners.” A third counselor told a 60-year-old woman with an apparent lack of sophistication and capacity that she had “an excellent chance at a good career” as a paralegal. Ervin doesn’t agree.

Zenith’s reply says that it is “taking measures to remediate” the problems identified by the calls. But as to the prospective paralegal, Zenith responded to Ervin, “We cannot dissuade potential students from enrolling if they meet the minimum admissions requirements, or we would be exposed to litigation” — the very same unconvincing claim that Corinthian executives made to me while they were operated the Everest campuses.

Ervin also visited an Everest campus in Woodbridge, Virginia, where he was impressed with the faculty and facilities.  But he noted that when he met with about 20 students there, some students offered, and nearly all students appeared to express agreement with, negative assessments of the school, including that course discussions were repeated when new students enrolled, that there was insufficient hands-on training, and that they were concerned about the financial and accreditation status of the school. Ervin acknowledged to Zenith that this result was not “a scientific survey,” but he says that “Zenith nonetheless chided the Monitor for asking students their opinion and conveying it in this report.”  And when he asked Zenith, in response, for authorization to conduct a student survey, “there has been no reply.”

Zenith, in its reply to the report, dismisses the student concerns as “anecdotal.”

I reached out to Zenith for comment, and sent them three questions:

A Zenith spokesperson replied, “In short, the answers to all three of your questions … is ‘no.'”

“We continue to welcome the review of our independent monitor in keeping with our commitment to create a career college system rooted in accountability to our students.

“Where issues are identified, Zenith devotes the utmost care and attention to an internal review and moves swiftly to incorporate feedback that will improve the student experience. While this latest report identifies an isolated number of concerns, “zero” is the only acceptable number of issues across any of our campuses.

“We continue to encourage the monitor to visit campuses, meet with students and learn how Zenith Education Group is transforming higher education by creating a third pathway in the career education space.”

Ervin wrote me that he had “No comments beyond those in the reports themselves.”

This effort to turn a large-scale, predatory, dysfunctional for-profit college chain over to a non-profit loan company with no experience running colleges hasn’t quite worked out. Meanwhile, a number of other for-profits have converted to non-profit status in troubling transactions that seek to avoid for-profit college regulations yet continue to send big revenues to the prior owners of the for-profit; the Obama Department of Education had begun to seriously scrutinize such arrangements and finally rejected one of them.  The recently announced deal to sell another troubled chain, EDMC, to the church-affiliated non-profit Dream Center Foundation, this time with the intervention of business enterprises connected to other for-profit colleges, does not look like a recipe for student success, or taxpayer protection, and it’s good that leaders like Massachusetts Attorney General Maura Healey are asking hard questions. Whether the Trump administration, which appears ready to take the side of predatory schools, instead of students, will do anything constructive in this area remains to be seen.