posted at 1:46 pm by David Halperin 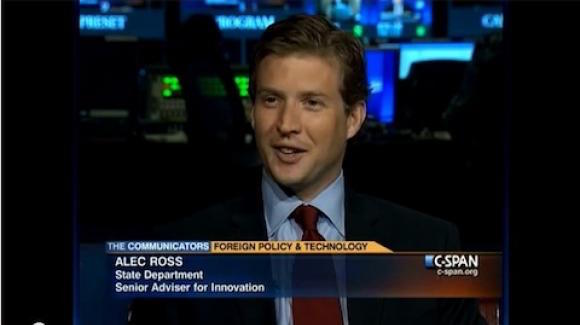 What the Post story, and Ross’s website omitted, however, was Ross’s financial entanglement with some of America’s worst predatory for-profit colleges, institutions that have overcharged and ruined the lives of thousands of hard-working Americans.

Ross was a plenary session speaker at the June 2016 Career Education Colleges and Universities’ (CECU) annual conference. CECU is a trade association that serves the interests of the for-profit college industry.

Predatory for-profit colleges routinely take advantage of their students and US taxpayers, who foot the bill for tens of billions annually in federal student grants and loans to that sector. The Obama administration over eight years worked to implement reforms to prevent abuses by predatory for-profit colleges against students, many of them low-income veterans, single mothers, immigrants and others seeking better lives. The administration and leaders in Congress argued these schools have used billions of dollars in government assistance, but engage in deceptive recruiting, underspend on education and fail to deliver the promised training and jobs for their students.

After leaving the State Department, Ross joined, in July 2013, the advisory board of Leeds Equity Partners, a private equity firm that is run by Jeffrey Leeds and invests in for-profit education companies. (Ross serves on several other corporate boards, according to his LinkedIn profile.) Leeds, who also has recruited Colin Powell and Bob Kerrey to join his ventures, is a longtime for-profit school investor and CECU board member.

Jeffrey Leeds played a key role in the 2006 Goldman Sachs and private equity takeover of the giant for-profit college chain Education Management Corporation (EDMC), after which Leeds joined EDMC’s board of directors and the predatory practices of that company accelerated. As a result of that 2006 takeover, Leeds Equity Partners owned a major stake in EDMC until 2014.

Pittsburgh-based EDMC, operator of the Art Institutes, Argosy University, Brown Mackie College and South University, once had a reputation for providing quality higher education, but that reputation went downhill during the George W. Bush years, as a lax regulatory environment gave for-profit colleges incentives to aggressively recruit students, raise prices and cut funding for actual instruction. EDMC’s descent became even more rapid after Leeds Equity Partners, Goldman Sachs, and another private equity firm took over 85% of the company’s stock in the 2006 leveraged buyout.

Many students, including low-income single mothers, and US military veterans like Chris Pantzke and Mike DiGiacomo, fell prey to EDMC’s deceptive and coercive recruiting and financial aid practices, and they ended up dropping out, without degrees or enhanced job prospects but deep in debt. Pantzke, who suffered from brain trauma during combat and severe post-traumatic stress disorder, was recruited for a two-year art degree at an EDMC school with the promise of special disability services. He was then denied assistance after enrolling, had difficulty attending the online classes because of his disability and found that the school had used all of his $65,000 in GI Bill benefits, while he incurred another $26,000 in student debt.

EDMC, which has been getting as much as $1.8 billion annually in taxpayer-funded federal student grants and loans, was sued in 2011 for $11 billion by the US Justice Department, which claimed the company defrauded taxpayers of that amount between 2003 and 2011. Five state attorneys general joined that lawsuit, and many more have been investigating EDMC.  In 2015, EDMC agreed to pay fines or forgive loans worth some $200 million to settle claims with the Justice Department and 39 state attorneys general.

At the time of the settlements, Attorney General Loretta Lynch said, “Operating essentially as a recruitment mill, EDMC’s actions were not only a violation of federal law but also a violation of the trust placed in them by their students—including veterans and working parents—all at taxpayer expense.”

By then, EDMC’s enrollments and stock price had plummeted, and Leeds and Goldman Sachs lost control of the collapsing company, which was taken over by its creditors, led by the firm KKR, in 2014.  In March 2017, the Dream Center Foundation, a Los Angeles-based missionary non-profit organization, announced that it planned to buy EDMC in a transaction that raises multiple concerns.

With his company heavily invested in higher education companies, Jeffrey Leeds had become an aggressive advocate against accountability for for-profit schools. Leeds has sharply criticized regulations issued by the Obama administration to prevent career colleges from leaving students with crushing debt.

EDMC wasn’t the only for-profit college business in trouble by the time Ross took the stage at the 2016 CECU convention. The for-profit college industry was in disgrace. Government and media probes had exposed waste, fraud and abuse at numerous for-profit schools, many current or recent CECU members were under law enforcement investigation; enrollments and share prices had fallen sharply, and some companies in the sector had shut their doors or were on the verge of collapse. At the industry’s peak of profits a few years earlier, the CECU meeting had boasted keynote speakers like Bill Clinton, George W. Bush, Jeb Bush and the Jeffrey Leeds associates Bob Kerrey and Colin Powell, but the industry was now toxic.

Worse for the industry, candidate Hillary Clinton had already promised to crack down on these predatory institutions in her very first campaign appearance, in April 2015. Having Ross, a Hillary Clinton protégé, speak at their June 2016 annual meeting may have helped the under-siege for-profit college industry feel closer to, and pay respect to, the likely incoming administration, which it hoped, despite Clinton’s pledge, would be more friendly to its interests than the increasingly vigilant Obama team. But Clinton ultimately brought key for-profit college critics onto her transition planning team. (The Trump administration’s Secretary of Education, Betsy DeVos, has questioned and delayed the Obama rules, and hired for-profit college officials for her team, but the Justice Department has continued to defend the rules in court.)

The willingness of tech visionary Alec Ross to join Jeffrey Leeds’s private equity company and then deliver keynote remarks at the annual meeting of Leeds’s for-profit college trade association, endorsing an embattled, exposed predatory industry in exchange for fees, raises serious concerns. Ross had the research skills to study the depth of the misconduct at EDMC and in the for-profit college industry before he joined the Leeds company and before he addressed the CECU convention, but apparently he chose to look the other way.

UPDATE 04-29-17: The Republican Governors Association seemed to enjoy quoting extensively from this piece, but failed to note that Republican governors like Florida’s Rick Scott and Wisconsin’s Scott Walker have tolerated for-profit colleges abuses in their states while taking campaign cash from the industry, and Republicans in Congress have done the same. Over the past twenty years, ignoring its touted commitment to reduce government waste, fraud, and abuse, the GOP has been the main facilitator of for-profit college misconduct at taxpayer expense.