posted at 8:41 am by Matthew Kasper 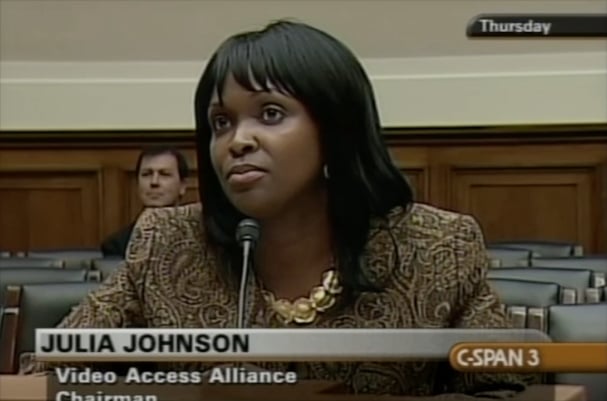 Two months after being sworn in as Chairman of the Federal Energy Regulatory Commission, Neil Chatterjee was enjoying a dip in the Atlantic Ocean at the Eau Palm Beach Resort & Spa, a luxury hotel in Manalapan, Florida. It was only a week since he had been pushed front and center in the news thanks to Secretary of Energy Rick Perry’s formal proposal for FERC to institute a new payment scheme that would bail out certain coal and nuclear energy plants. Chatterjee has become something of a lightning rod in the press for the support he has signaled for the coal and nuclear bailouts, and more recently for getting into social media feuds with environmental activists. But for a few days in early October, Chatterjee was able to leave the attention behind and relax on the beach at the Eau Palm. That’s also where he met privately with utility executives from across the country at a secret conference, organized by a board member of one of the companies that has most aggressively lobbied for the coal and nuclear bailouts, and that stands to gain millions of dollars from it.

The conference is an annual gathering, held in secret since 2000 and not previously reported, that is organized by a group called the Emerging Issues Policy Forum (EIPF), whose vice president and board member is Julia Johnson, a current Director on the Board of the FirstEnergy Corporation.

EIPF no longer has a website. Tax forms indicate that it used to be a 501(c)(4) non-profit organization, but the IRS revoked that status in 2012 when EIPF failed to report its financial information. The tax forms that do exist for EIPF, as well as other data, suggest that it is essentially the same entity as NetCommunications LLC, a firm also run by Julia Johnson. (Both organizations no longer have websites, but archived sites for each were identical.)

EIPF’s primary purpose appears to be organizing private events at which lawmakers, regulators, and industry executives can speak candidly and advocate for their interests away from the public eye. Indeed, this is what EIPF’s website essentially stated in 2014, before it was taken down. In materials provided by FirstEnergy to its shareholders, the corporation explains that the key attribute Johnson brings to the board is her ability to “develop strategies for achieving objectives through advocacy directed at critical decision makers.” Johnson was previously a board director for Allegheny Energy, which merged with FirstEnergy in 2011. The 2009 Proxy Statement for Allegheny Energy specifically highlighted FERC as an example of where Johnson directs her “strategies for achieving objectives.” For that skillset, FirstEnergy paid Johnson $234,922 in 2016, mostly in stock. She also serves on the board of NorthWestern Energy, another electric utility, as well as a water utility and a fourth company which builds electric power infrastructure. Johnson served as a utility regulator on Florida’s Public Service Commission from 1992 – 1999.

Commissioner Cheryl LaFleur and Leonard Tao, director of FERC’s office of external affairs, joined Chairman Chatterjee at the EIPF conference at the Eau Palm Beach Resort. LaFleur has been more skeptical of the plan to bail out coal and nuclear plants than Chatterjee.

The EIPF conference took place from October 7 – 10. According to the meeting agenda, which the Energy and Policy Institute received through a state public records request, attendees could wake up early on Sunday, October 8, for yoga and breakfast, sponsored by Troutman Sanders, a law firm regularly employed by utilities in the Southeast.

Chatterjee offered a “Federal Regulatory Perspective” as part of a discussion called “Utilities of the Future,” a common phrase used by the industry, and again during a “CEO Roundtable,” which included executives from NextEra Resources and Southern Company, according to the agenda. LaFleur spoke as part of a panel titled “The ‘Evolving’ Generation Portfolio,” and one about increasing diversity and inclusion on corporate boards.

State commissioners who regulate these utilities were also listed on the agenda as attendees. Some, like Georgia Public Service Commissioner Stan Wise, brought their spouses, according to a witness. Chatterjee brought his wife and children. Others listed include staff from the country’s regional transmission organizations and a representative from the Nuclear Energy Institute.

Absent from the EIPF conference agendas that the Energy and Policy Institute has obtained are national environmental, consumer and public interest groups, such as the Sierra Club or Public Citizen.

“Private invite-only events that bring together powerful industry executives to mingle off the record with regulators and decision-makers only invites a conflict of interest,” said Tyson Slocum, director of the energy program at Public Citizen, a public interest and consumer advocate. “If you want to have an organized corporate sponsored event, then there needs to be rules. An event that lacks public interest advocates and is without the press is troubling.”

Of the 102 attendees listed on agenda and biography documents, only seven were from consumer advocates from two organizations: the Illinois Citizens Utility Board and National Association of State Utility Advocates. Regulators and lawmakers accounted for 43 attendees while utility and industry representatives totaled 52. This composition is in line with prior years.

FirstEnergy has led the lobbying for coal and nuclear bailouts

Along with Murray Energy, a coal mining company with close ties to Secretary Perry and the Trump Administration, FirstEnergy has been reported as one of the driving forces of Secretary Perry’s efforts to subsidize failing coal and nuclear plants. Many of FirstEnergy’s Midwestern coal plants, which buy coal from Murray, are failing to compete against cheaper gas and renewable resources in wholesale electricity markets. Its nuclear fleet has faced similar problems. Perry’s proposal would require that grid operators buy above-market-rate power from FirstEnergy’s plants, likely leading to an increase in the company’s value while causing millions of customers’ power bills to go up. According to an analysis by Energy Innovation, the proposal, on which FERC is expected to issue a ruling on Monday, could cost ratepayers up to $10.6 billion a year, and $500 million of that could go to FirstEnergy. The company has said that it intends to sell its troubled power plants either way, and if FERC endorsed Perry’s plan, or something similar to it, that would increase the money it takes from the sale.

Chatterjee has disclosed that he has met with FirstEnergy CEO Charles Jones to discuss the DOE proposal. RTO Insider reported that FERC’s ex parte rules against those kinds of private meetings do not apply to rulemakings like the one proposed by DOE, according to a 2010 presentation by FERC Association General Counsel Lawrence R. Greenfield.

Perry had requested that FERC make its decision on the proposed rule by Monday, December 11, but on December 7, Chatterjee handed over chairmanship of FERC to Kevin McIntyre, who was sworn in after being confirmed by the Senate on November 2. Citing the limited time that he and another newly sworn in commissioner had to analyze the proposal, McIntyre immediately wrote to Perry asking for a 30-day extension.

A FERC ethics rule states that an official cannot accept gifts from a person, company, or organization that is not only regulated by FERC but whose interests would be affected by FERC. Gifts include travel, meals, and lodging. Johnson, with over 24,000 shares in FirstEnergy stock, would clearly benefit from a FERC decision that forces market operators to subsidize the company’s power plants.

FERC did not respond to questions from the Energy and Policy Institute about who paid the bill for FERC personnel to travel and stay at the Eau Palm Resort, instead saying that EPI needs to file a Freedom of Information Act request, which EPI has done.

But EIPF paid for then-Commissioner Collette Honorable to attend the 2016 conference, which was held at the Ritz-Carlton in Key Biscayne, Florida. Honorable listed EIPF as the event sponsor and source of the benefit on a travel report filed with the Office of Government Ethics (OGE). Honorable listed the total value of the gifts as $1,783. Commissioner LaFleur and Tao are also listed as speakers on the 2016 conference agenda at the Ritz, but do not appear on 2016 travel reports filed with the OGE. The cheapest available room at the Eau Palm Beach Resort during the dates of the 2017 conference was $449 plus tax, per night.

LaFleur did fill out the ethics form in 2013, listing “netcommworks.com” – an apparent reference to Net Communications, LLC – as the benefactor of the travel. At a separate EIPF event, held in England in 2013, former Commissioner Tony Clark listed EIPF as the sponsor, and Tao listed his travel to the EIPF event in 2014 as paid for by “EnergySec” in the same form.

Johnson and her colleagues at EIPF likely know the FERC rule that officials cannot accept gifts from regulated companies, but EIPF may have handed them a purported loophole. An EIPF invitation obtained through a state public records request specifically says that attendance is complimentary and that none of the conference sponsors are entities regulated by FERC. 2017 sponsors were Ernst & Young, Macquarie, Troutman Sanders, Itron, and Russell Reynolds Associates. EIPF does make the disclaimer that regulators should check with the appropriate agency “to ensure you can accept this invitation.”

While the designated conference sponsors themselves are not regulated companies, money from regulated utilities still flows to Johnson through EIPF or NetCommunications. EIPF or NetCommunications, in turn, sends reimbursement checks to the officials who attend. Such an arrangement should be a concern for designated ethics officials who approve travel for EIPF conferences.

In 2012, an American Electric Power subsidiary listed $10,000 to EIPF for “Corporate Board of Advisors” and in 2013, PEPCO (now an Exelon subsidiary) listed $20,000 to EIPF. Both companies listed those fees in rate cases because they were asking for their customers to foot the bill for those expenses.

In 2015, EEI paid $750,599 to NetCommunications for “consulting.”  The address for NetCommunications that EEI reported is the same address it reported in the previous 990 filings for EIPF: 5169 Latrobe Drive, Windermere, Fl. (In its 2016 990, EEI strangely reports EIPF’s address as the Energy and Policy Institute’s San Francisco P.O. Box.)

Also noteworthy for ethics officials is the fact the IRS revoked EIPF’s tax exemption in May 2012. EEI continued to inaccurately label EIPF as a tax-exempt entity in their IRS 990s in 2013, 2014, and 2016.

The checks for reimbursement for public officials’ travel, based on checks sent to the South Carolina Public Service Commission, come from Johnson’s house address, which is the address registered to NetCommunications: 5169 Latrobe Drive, Windermere, FL. This is not EIPF’s registered address with the State of Florida. The property is a $1.7 million mansion, owned by Johnson, according to the Orange County, FL property appraiser. In 2017, NetCommunications registered a new address: 5218 Fairway Oaks Drive, Windermere, FL, which is a $2.3 million house that Johnson owns.

The Energy and Policy Institute sent a list of questions to Julia Johnson and a staffer for EIPF, asking how this conference differs from other regulatory events that bring together utility executives and regulators, such as the National Association of Regulatory Utility Commissioners (NARUC), and why reimbursements come from checks registered to her home address.

Johnson and the staffer did not respond.