Why We Need A Strong Student Debt Relief Rule

posted at 6:12 pm by David Halperin 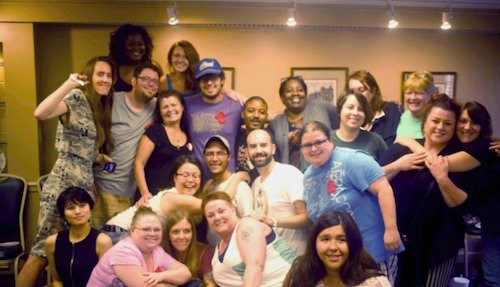 The Obama Administration is on the verge of issuing a proposed rule that would create new procedures and standards for cancelling the federal student loan debt of people who were defrauded by their colleges. The rule would also create new standards for the Department of Education to require colleges to post escalating letters of credit based on concerns about their operations. And it would ban or limit the ability of a college receiving federal aid to force students to resolve claims in private, secret arbitrations, rather than in court.

There were several months of public negotiations on a rule among representatives of colleges, students, and others, and various draft proposals submitted by the U.S. Department of Education at those sessions. More recently, members of our coalition of student, veterans, civil rights, consumer, and educator groups have held meetings with White House and Education officials, as have representatives of the for-profit college industry, regarding the rule.

The for-profit colleges are engaged in prolonged hysteria, claiming that this effort to aid students is somehow “ideological”; expressing shock that misbehaving schools, rather than taxpayers, might bear some of the burden of debt relief; demonstrating again their presumption that, whatever misconduct has occurred in their ranks, they are permanently entitled to billions annually from taxpayers, and that the demise or reform of predatory schools would be a disaster for our country.

I have discussed the details of the rule multiple times.  But let me here share with you some basic reasons that the rule should be strong across the board — with broad, automatic cancellation of debts for students who attended colleges engaged in fraudulent behavior; a strong letters of credit provision that reserves the right of the Department to go even beyond the designated escalation standards; and a complete ban on colleges stripping students of their legal rights.

The Administration has an opportunity — and a responsibility — to fix a huge problem, give people a better chance to train for careers, and save taxpayers a lot of money over the long term. A strong rule can do all these things.

I have spoken with hundreds of for-profit college students and industry insiders. There are good programs and teachers in the industry. But the abuses are remarkably bad, and they are ongoing.

This new rulemaking process was triggered in large part because the awful predatory Corinthian Colleges collapsed. It’s now clear that Corinthian deceived students and regulators. Now students want their loans forgiven, and the Department has begun granting some relief.  But Corinthian says its broke.  It’s in bankruptcy.  Taxpayers are stuck with bill.

Bad behavior at Corinthian is echoed at other schools. Seven of the ten biggest for-profit college companies, which got $8 billion in federal student aid last year, have all been under federal and state law enforcement investigation or settled cases for deceptive practices in recent months and years: These are Apollo / University of Phoenix, EDMC, ITT Tech, Career Education Corp., DeVry, Bridgepoint, and Kaplan. By the way, the operator of Kaplan, now called Graham Holdings, previously owned 8 percent of Corinthian.

By continuing to approve those companies and other bad actors for federal student aid, without demanding reforms, the Department of Education is essentially bestowing its Good Housekeeping seal, telling students it’s not just possible to enroll with taxpayer help, but that it’s OK to enroll.

As you read this, more students are enrolling at these schools. Often they have been lured by misleading TV advertising, or hooked by bait and switch websites that offer jobs, food stamps, veterans advice, and other things that struggling Americans need, when really they’re designed to get a phone number so a college recruiter can call 10 times a day, pressuring and deceiving people until they enroll in substandard college programs that will ruin their finances.

A strong debt relief rule is needed to be fair to students who relied on these deceptive pitches, backed by this government Good Housekeeping seal.  It would be just, because the government owed these students more due diligence.  A strong rule will compel the government to step up its scrutiny and enforcement with respect to funding predatory schools, because doing otherwise will become just too expensive.  In other words, the most important effect of the rule will be on the regulator, the Department of Education, itself.

In our coalition’s view, where the Secretary of Education has evidence that a group of students are eligible for loan relief because of school misconduct, those students should have their loans discharged automatically, unless the student declares that he or she does not wish to be part of the relief.  Champions for students in Congress have echoed the view that debt relief should be automatic, without compelling each student to prove that he or she suffered from the deception.

Leaning to the side of students’ interests would be a long-overdue position for a Department of Education that long has acted as if colleges were its primary constituency.  Over the first 22 years since the law empowered the Department to cancel student loans for reasons of school fraud, the Department has done nothing to make students aware of, or draft rules or create systems to help them to exercise, their rights.  As a result, only five students have ever applied, and only three of those had their debt cancelled.

A strong rule also will save taxpayers a lot of money by requiring troubled schools to post those escalating letters of credit, so money is available to compensate ripped off students.

And a strong rule will save taxpayers a lot of money by banning mandatory arbitration clauses, thus allowing private lawsuits that will expose, punish, and deter bad behavior by schools — so the burden doesn’t fall so hard on regulators and law enforcement.  (Virtually no non-profit college, other than a few who converted from for-profit status on questionable terms, have forced students to arbitrate all claims, while nearly all for-profit colleges that receive federal aid have been imposing these one-sided arbitration clauses.)

In doing all these things, a strong debt relief rule ultimately will strengthen opportunity and our economy by directing students to quality education programs that will actually help them build careers.