posted at 3:38 pm by David Halperin 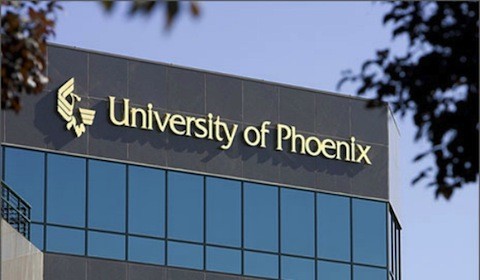 The Wall Street Journal today published an op-ed arguing against providing broad student loan debt relief for people who were deceived by their colleges. The co-authors of the article, Jorge Klor de Alva and Mark Schneider, contend that such relief will be expensive — potentially more than $1 billion for students of now-shuttered for-profit Corinthian Colleges alone. They note that the U.S. Department of Education is considering not only issuing new debt relief rules and beefing up enforcement efforts against school misconduct, but also pondering new rules to allow the Department to recoup discharged loan costs from the offending schools. They express concern about that: “Bankruptcies at the for-profit schools are the likely outcome, which will decimate this form of career education that today includes well over 10% of all postsecondary students.” And, they warn, “taxpayers will be left holding the bag.”

The two authors imply that, instead of making student victims whole or using financial penalties to deter bad behavior, the Department of Education should just tell offenders to straighten up: “In the past … colleges found to have questionable practices have been forced to discontinue false advertising and required to establish policies and procedures that produce accurate and verifiable documentation on job-placement rates and postgraduation earnings.”

What the authors, and the Wall Street Journal, don’t tell us us is that these writers are connected to the for-profit college industry.

The tagline on the article says, “Mr. Klor de Alva is president of Nexus Research and Policy Center in San Francisco. Mr. Schneider is a fellow and vice president of the American Institutes for Research in Washington.”

The tagline does not mention that Jorge Klor de Alva was from 1996 to 2010 a senior vice president at the Apollo Education Group, parent company of the University of Phoenix and that, for six years in that period, also served as the president of the University of Phoenix. Apollo is the biggest for-profit college company, taking in as much as $3.8 billion in federal taxpayer dollars annually in the past. In recent years, enrollments and revenues have declined as the company has come under investigation by multiple federal and state law enforcement agencies for deceptive and abusive practices.

So: The Apollo Education Group, which was Klor de Alva’s long-time employer, is the very kind of for-profit college company whose students could be seeking the debt relief that the op-ed argues against.

The very same Apollo Education Group created and is the funder of the Nexus Center, the think-tank where Klor de Alva now works — another fact undisclosed by the author or the Journal.

Klor de Alva also failed to make such disclosures when he published a 2014 op-ed in The Hill opposing the Obama Administration’s gainful employment rule, aimed at holding colleges accountable for consistently leaving students with insurmountable debt.

As for the op-ed’s other author, Mark Schneider, he was a long-time Department of Education official who last year filed an amicus brief in federal court in Manhattan supporting a lawsuit by for-profit college companies to strike down the gainful employment rule. Schneider’s lawyer was Dennis Cariello, a long-time for-profit college lawyer who currently represents the industry in the rulemaking proceedings about which Schneider’s op-ed complains.  (The judge in the New York case declined to admit Schneider’s amicus brief and ruled against the companies.)

This also isn’t the first time that the Wall Street Journal editorial page, which consistently rails against efforts to curb for-profit college abuses, has failed to disclose the financial relationships of its op-ed writers on these issues.  In 2013, the Journal published an op-ed by private equity man Jeffrey Leeds, then one of the key investors in the second biggest for-profit college business, Education Management Corp., and his paid pal, former Senator Bob Kerrey, arguing against the gainful employment rule without disclosing the writers’ extensive ties to the industry.

The for-profit college industry’s shamelessness — from owners and investors like Donald Trump, Mitt Romney, and Donald Graham, to paid shills like Suze Orman, Lanny Davis, and Marco Rubio — knows no bounds. But the Wall Street Journal editorial page owes its readers at least the basic disclosure that an op-ed writer has financial ties to the industry he or she is discussing.