posted at 3:29 pm by David Halperin 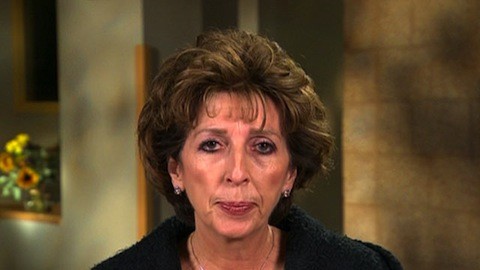 For-profit college company DeVry Education Group announced last week that the Chancellor of the University of California-Davis, Linda Katehi, had joined its board of directors.  Today, after facing criticism from public interest organizations and a California legislator, Katehi quit the DeVry board.

The Federal Trade Commission sued DeVry in January for alleged deceptive advertising.  The company also has been under investigation by the U.S. Department of Education and the attorneys general of Illinois, Massachusetts, and New York. DeVry last year received $1.47 billion in taxpayer dollars from federal student grants and loans.

On February 22, DeVry announced that Katehi and Ann Weaver Hart, president of the University of Arizona, had joined its board.  The company pays board members $70,000 a year, plus stock worth about $100,000.  A DeVry press release quoted Katehi as saying, “DeVry Group’s goal to enable a quality learning experience that inspires and educates students to be our next generation of leaders is essential to our nation’s progress.”

Today, Katehi sent a three-sentence letter to DeVry board chair Christopher Begley that stated, “in light of a variety of other issues that have come to the fore, I have determined that I am unable to serve.”

Officials of the non-profit groups Consumer Watchdog, the Center for Public Interest Law, the Veterans Legal Clinic, the Center for Responsible Lending, and Housing and Economic Rights Advocates sent a letter to Katehi this morning asking her to quit the DeVry board. They wrote, “your position of fiduciary trust on the board of a company that is currently subject to numerous and deeply troubling investigations, including two federal actions filed in January alleging deceptive practices harmful to students and taxpayers, is inimical to your position of trust as a leader and officer of the University of California.”  (Disclosure: I am a consultant to the Center for Public Interest Law, although I was not aware of the letter until after it was released.)

California state Assemblyman Kevin McCarty also wrote to Katehi, stating, “The DeVry Education Group is a publicly traded, for-profit education institution that will always put its profits before its students. In the last few years, the state of California has enacted policies to protect students from predatory instititutions such as DeVry.”

In 2013, former Secretary of Defense Leon Panetta quit the board of for-profit Corinthian Colleges after criticism from Republic Report and, a month later, a Los Angeles Times columnist. Panetta had served on that board for eleven weeks before resigning.

It’s not surprising that DeVry was seeking validation by adding college presidents to its board.  On January 27, the Federal Trade Commission sued DeVry University for allegedly misleading students about job placement rates and salaries for the school’s graduates.  The FTC complaint, filed in federal court in Los Angeles, alleges, “Through the use of English and Spanish-language advertisements and other marketing materials, and during sales pitches with prospective students [DeVry has] made deceptive representations about the benefits of obtaining a degree.”

The complaint focuses on claims that DeVry repeatedly made in its TV, radio, online, print and other advertising: that 90 percent of DeVry graduates actively seeking employment got jobs in their field within six months of graduation; and that DeVry graduates had 15 percent higher incomes one year after graduation on average than the graduates of all other colleges or universities. The FTC asserts that these claims were deceptive.

The complaint alleges DeVry counted many graduates as working “in their field” when they were not:

The complaint also alleges that DeVry counted as placed in jobs graduates who were working in the same jobs they held prior to enrolling at DeVry.

The Commission voted 4-0 to file the lawsuit.

In a related action, the U.S. Department of Education gave notice to DeVry to stop certain advertising regarding student employment outcomes. Under Secretary of Education Ted Mitchell said at the time that the Department was pursuing “an ongoing investigation, a complex investigation of DeVry.”

DeVry said the FTC’s complaint “is without valid legal basis” and adding, “DeVry Education Group intends to vigorously contest a complaint filed by the Federal Trade Commission, challenging the employment and earnings outcomes of DeVry University graduates.” DeVry also said it would request a hearing to contest the Department of Education’s action.

Devry CEO Daniel Hamburger received $5.7 million in total compensation from the company in 2014.

No word on the future of University of Arizona president Hart’s service on the DeVry board.