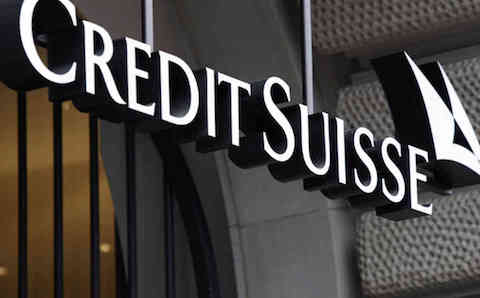 — DeVry University management, according to Urdan, “had little hope to offer in terms of better near-term enrollment trends.”  He reports that DeVry CEO Daniel Hamburger “went so far as to suggest that the core DeVry University tech student – young, high school educated males – felt disenfranchised and had lost faith with institutions like higher education.” But “the really bad news” for the company, according to Urdan, was discussed during the conference’s “Washington panel,” which included for-profit college industry lawyer Dennis Cariello, industry consultants Diane Auer Jones and Ben Wallerstein, and Inside HigherEd reporter Ashley Smith — it concerned the Department of Education’s ongoing rulemaking regarding federal student loan relief for defrauded students. Urdan opines that if the rulemaking produces “a liberal refund policy in circumstances of broad misrepresentation,” that could be trouble for DeVry, which is defending a lawsuit brought by the Federal Trade Commission for alleged deceptive practices. Urdan warns, “If any aspect of the FTC claim is upheld in court, if DeVry admits culpability, or if the Department [of Education] reaches its own conclusion regarding misrepresentation, generous loan forgiveness by the Department with recourse to DeVry could bankrupt the company.”

— Other conference participants agreed that the “[r]egulatory climate” was likely to get “worse” — meaning more favorable to student interests — before it gets better. Diane Auer Jones, who cashed in on her role in the George W. Bush administration as assistant secretary for post-secondary education to become an in-house lobbyist for predatory for-profit college company Career Education Corporation before becoming an industry consultant, speculated, according to Urdan, that the new loan relief rule could be accelerated and put into operation before President Obama left office.  Participants also speculated that the new enforcement unit created by the Education Department under the direction of an experienced FTC attorney “was keen to prove its mettle and its importance before the end of the administration as well, which could mean additional high profile investigations yet to be announced.”

— Conference participants, including the Washington panelists and former Obama Deputy Secretary of Education Tony Miller, who is poised to be the new chairman of a private equity-owned University of Phoenix, also speculated about the impact of the presidential election, and they “offered little hope,” concluding that it is unlikely to be a “positive catalyst,” meaning it is unlikely to shift momentum back to favoring predatory colleges over students. Conference participants indulged in their darkest fears: “There was some speculation that Mrs. Clinton could turn to both Robert Shireman (who has had some influence on the candidate’s student loan policy) and James Kvall [actually, Kvaal]; each known for a high level of scepticism toward the proprietary sector.”  Urdan reports that the panelists knew “little” about who Donald Trump might hire for key education jobs; he does not mention Trump’s own expertise in running the predatory Trump University.

–Tony Miller, according to Urdan, “felt sure” that there was now “a consensus bipartisan position” on Capitol Hill in favor of amending the Higher Education Act to count Department of Defense and VA student aid as federal money in calculating compliance with the federal 90-10 rule, which requires for-profit colleges to obtain at least ten percent of their revenue from non-federal sources. The current bizarre treatment of Pentagon and VA money as non-federal gives poor-performing colleges that are desperate to comply with the rule an unseemly incentive to aggressively recruit vets and service members, so I sure hope Miller is right about this. I also hope he’s right in his assessment of an overall shift in the political outlook on the issue: “He further suggested that the forprofit sector’s support in Congress was tepid as progressive Democrats were firmly opposed to the sector, conservative Republicans were ambivalent about the student aid program in general, and moderate Republicans had been embarrassed by bad publicity and unwilling to risk political capital any more to defend the sector.”

–Miller also described the plan by his private equity firm, Vistria, and its partner, Apollo Global Management, to take over the University of Phoenix. Shareholders approved the deal earlier this month; the Department of Education still has to decide whether the new owners should get student aid.  Miller, according to Urdan’s report, believes the new owners “can revive the University of Phoenix by improving completion outcomes dramatically… Mr. Miller is not content to accept conventional wisdom regarding drop-outs among the higher risk students typically served by UOP. He believes the secret to this improvement lies with the university’s scale and the ability to use data to tune program and services approaches to enhance efficacy.”  But Miller, according to Urdan, “was equally clear that UOP’s outlook was likely to get worse before it gets better. In making that statement he seemed to offer a materially different view than the one articulated in APOL’s recent proxy filing which suggests marked improvement in 2017 and 2018.” (!) Labelling Miller’s view “highly informed but nevertheless unconventional,” Urdan opines that “an increase in private equity interest in other publicly-traded colleges is unlikely.” (I’m no market expert, but I find myself agreeing with Trace Urdan here.)

— Meanwhile, another Phoenix-based for-profit seems to be doing much better. Grand Canyon University CEO Brian Mueller told the conference that demand to enroll in his school was big enough that his company is considering expanding its Phoenix physical campus beyond its year 2020 goal of 25,000 to 40,000 or opening new campuses, perhaps in Tucson, Albuquerque, Las Vegas, and California.

Urdan concludes, based on the conference discussions, that “the outlook for for-profit providers remains challenging. The regulatory climate for proprietary schools is likely to get worse before it gets better.” However, he buys the argument of industry executives like DeVry’s Hamburger that enrollment declines more reflect “broad ambivalence toward education among target audiences” instead of  “animus toward for-profit providers per se.”

Urdan adds that “there seems to still be opportunity for gains from more sophisticated marketing approaches…. The silver lining suggested by our Marketing Best Practices panel was that there is further room in the sector to become more effective through more sophisticated outreach.” While Urdan explains that the panelists felt students had become more sophisticated, and says the marketing progress is aimed at more better matching student goals to school offerings, the analysis still gives one pause.

You see, I kinda hoped that, after all the revelations about deceptive advertising and recruiting, high prices, and low-quality programs in the for-profit college sector, the industry would focus, in hopes of reviving its fortunes, on actually improving value for students. But instead, according to industry cheerleader Urdan, the key to future success is “sophisticated marketing.”