Risks of Fraud in Competency-Based Education

posted at 5:31 pm by David Halperin 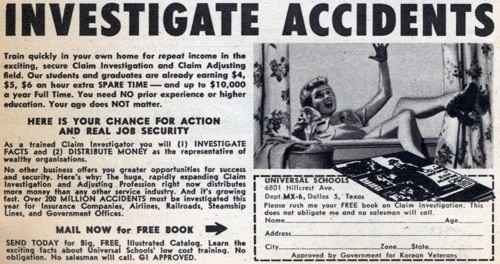 An audit report released earlier this month by the U.S. Department of Education’s Office of Inspector General could potentially trigger efforts in Congress to eliminate a critical legal requirement for college programs to receive federal Title IV student grants and loans. That would be a dangerous development, according to a long-time higher education policy expert who provided me with the statement below.

The report, issued August 2, evaluated the efforts of a large regional accrediting body, the Western Association of Schools and Colleges (WASC), to evaluate competency-based education programs — education programs that, as explained by the Department elsewhere, “provide flexibility in the way that credit can be earned or awarded … [and] include online and blended learning, dual enrollment and early college high schools, project-based and community-based learning, and credit recovery…”

The Inspector General report found WASC’s oversight of such programs by educational institutions lacking in a number of respects; for example, WASC “did not evaluate whether proposed competency-based education programs were designed to ensure faculty-initiated, regular, and substantive interaction between faculty and students. According to Title IV regulations, programs that are not designed to ensure such interaction should be classified as programs delivered via correspondence, not distance education.”

Such correspondence courses were were eliminated by Congress from eligibility for Title IV aid in the early 1990’s after investigations revealed widespread abuses. The blanket ban was modified late in the 1990’s as various interests pushed for eligibility of distance education programs delivered via the Internet. Congress attempted to provide for eligibility of legitimate distance ed programs by distinguishing them from ineligible correspondence programs based on the “regular and substantive interaction with the faculty” that characterized the former.

My expert sees a risk that the new IG report will create pressure to eliminate this test, and the expert believes doing so would “provide an enormous loophole for correspondence programs to sneak back in, and create the next path of least resistance for widespread fraud in Title IV.”

Here’s more of what this higher ed expert has to say:

The widespread waste, fraud, and abuse of the last decade has a historical precedent in the feeding frenzy of the 1980s, when deregulation and lax enforcement led to a similar decade-long looting of the student aid system by for-profit trade schools. Back then, before the advent of the Internet, the greatest opportunities for fraud presented themselves to operators of correspondence schools, which charged hefty tuition and fees for nothing more than sending students boilerplate instructional materials, multiple choice tests, and worthless diplomas in the mail.

After the excesses of fraudsters were documented by the Senate Permanent Subcommittee on Investigations in the hearings held by then-Chairman Sam Nunn of Georgia, congressional authorizing committees made a series of significant improvements to program integrity. One of the most effective policy changes implemented at that time was to eliminate the eligibility of correspondence schools for participation in federal student aid programs. In essence, Congress finally figured out that sending a student a book is a far cry from actually teaching that student, and that libraries and universities are entirely different institutions.

By 1998, when the Internet was supposed to make higher education virtually free and broadly available, memories of widespread fraud had sufficiently faded for Congress to begin toying with distance delivery through a series of changes which included a demonstration program, changes to student eligibility, and a targeted provision that made Western Governors Universities eligible for aid.

By late 2005, after intense lobbying by for-profits, Congress agreed to eliminate the 50% rules that capped the percentage of distance education enrollments and percentage of distance education courses of for-profit providers to 50% of the total number of each. The lifting of the 50% caps in early 2006 was the single most important ingredient in the rampant fraud that has overtaken the sector since then.

It is a perpetual irony of public policy that even as it attempts to address abuse and close loopholes, the government often creates new–and often more damaging–pathways for unscrupulous interest groups to engage in novel forms of fraud. So it is no surprise that even as the Obama Administration has been attempting to get a handle on the for-profit sector’s distance ed excesses, it is inadvertently promoting policies that the industry will take to the bank for at least another decade.

Enthusiastic interest in competency-based education–the idea that certain students in certain disciplines may be able to master content independently with resources and support from institutions–has now emerged as a perfect loophole for the next cycle of student aid fraud in the hand of for-profits. This is partially because policy cheerleaders for competency-based education–the usual suspects at foundations, think-tanks, and start-ups–are promoting what should rightly be viewed as only a piece of the broader higher education infrastructure as a panacea. What may work well for some students in some disciplines at a subset of institutions is being ballyhooed as the universal solution to all the ills of higher ed, mainly because it, just like distance ed was supposed to do 20 years ago, is thought to be a promising solution to escalating costs and limited resources in higher education.

But while competency-based education in the right settings may well be a piece of the bigger access and opportunity puzzle, consider the fact that stripped to its bare essentials, it can be nothing more than a high-tech version of correspondence education: a curriculum, some course content and a bunch of machine-graded multiple-choice tests, this time delivered via the Internet instead of US Mail. It is in this context that an important provision of the 2008 reauthorization of the Higher Education Act–mandating “regular and substantive” interactions with the faculty serves as a last line of defense against the hijacking of competency-based education by fraudsters. Any distance-delivered program that doesn’t satisfy this statutory requirement may, in fact, be nothing but an old-fashioned 1980s-style correspondence program dressed in Internet garb.

Listen up, Department of Education. Your extraordinary recent efforts to stand up for students at predatory for-profit schools may be undermined if your forays into new educational opportunities don’t come with strong safeguards against abuses.