New Law Firm Monitor for Zenith: Like the Old One, It Represented Corinthian

posted at 6:47 pm by David Halperin 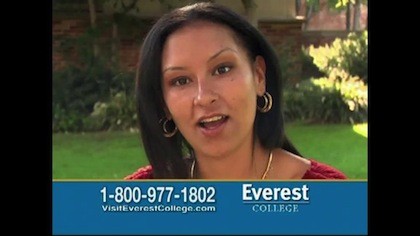 The U.S. Department of Education announced today it has “accepted” the law firm Squire Patton Boggs as the new “independent monitor” for Zenith Education Group. Zenith is a division of the non-profit debt collection company ECMC, which, with Department approval, last year took over many Everest College and WyoTech campuses of the now-defunct, notoriously predatory for-profit Corinthian Colleges.

The Department told the Associated Press today that it picked the firm from among seven candidates proposed by Zenith.

A partner at the firm, Clark Kent Ervin, is slated, according to the Department, to “lead the independent oversight of Zenith.” Ervin had a reputation for diligence and independence as the inspector general at the U.S. Department of Homeland Security and, earlier, at the State Department, in the George W. Bush administration.

But, as I said this afternoon to the AP, would it be possible for Zenith to find an independent monitor that did not work for Corinthian?

The firm Patton Boggs, which later became Squire Patton Boggs through a merger, represented Corinthian in at least one litigation: a Texas state court lawsuit brought by student Dana Garcia, who claimed that Corinthian made unlawful misrepresentations and omissions to induce students to enroll. A brief filed in the case by lawyers from Patton Boggs’ Dallas office, asking an appellate court to push the case out of court and into arbitration, is dated November 1, 2011.  Clark Kent Ervin apparently joined the firm’s Washington DC office the day before — October 31, 2011.

In addition, two Patton Boggs lobbyists, former Senators Trent Lott (R-MS) and John Breaux (D-LA), were paid $1.44 million over four years, ending in late 2015, to lobby for the for-profit college industry’s main trade association, APSCU — of which Corinthian was a very active member (Corinthian’s CEO headed APSCU’s PAC) — including on efforts to defeat the Obama Administration’s gainful employment rule, which is aimed at holding predatory schools accountable. Another current lobbying client of the firm is the group Independent Colleges and Universities of Florida, which includes Keiser / Everglades colleges, whose troubling conversion from for-profit to non-profit has made national headlines and whose president, Arthur Keiser, has long been a driving force within APSCU.

There were many problems with Zenith’s arrangement with the previous “independent” monitor, the law firm Hogan Marren Babbo & Rose, amid a larger group of troubling aspects of the Zenith operation generally, as a powerful AP investigative series earlier this year revealed, and as Republic Report also had previously addressed.

The AP investigation found that Zenith was using Corinthian-style telemarketing and the exact same TV ads as Corinthian had used to lure students. Many of the key Zenith staff members were hired to do the same jobs they had at Corinthian.

As to the supposedly independent monitor, two Hogan Marren lawyers with expertise in for-profit college matters, Charles Rose and Dennis Cariello, each had previously worked at law firms with thriving higher education practices  — Drinker Biddle & Reath until November 2014 for Rose, and DLA Piper until February 2015 for Cariello — that were apparently retained by Corinthian; both firms are listed as creditors in Corinthian’s bankruptcy papers.  Those lawyers declined to answer the AP’s question as to whether they had personally represented Corinthian.

The public was entitled to be concerned when the Department of Education approved as the independent monitor — the entity charged with making sure that Zenith did not act like the predatory Corinthian — a firm whose key higher education lawyers had previously worked at firms that represented Corinthian.

In addition, although Hogan Marren was designated “independent,” its deal with Zenith created a privileged attorney-client relationship with the company, which shielded information from the Department of Education.

In the wake of the AP probe, the Department dismissed Hogan Marren as the Zenith monitor, and in a statement today, the Department seemed to commit to correcting deficiencies in the relationship this time: “The agreement requires that Ervin’s findings be reported to the Department with full independence from Zenith, and makes clear that he is not serving as an attorney to Zenith. To enhance his independence, the agreement requires that Ervin do no work for Zenith for two years after the monitoring agreement concludes. The Department will have access to any documents and materials obtained or generated by Ervin.”

But the Department failed to correct the other big problem — that the monitor law firm was connected to the same deceitful college that it is supposed to prevent Zenith from emulating.

Given the new company’s executive makeup — mostly ECMC officials with no college operating experience, crossed with former Corinthian executives who presided over a shameful operation — and the entity’s track record so far,  I genuinely doubt that it is the national interest for the Department of Education to keep sending students and taxpayer dollars to ECMC/Zenith-run schools. A Tampa TV report this week is more evidence that the new Everest is same as the old.  In that light, the independent monitor may simply be someone who makes sure the deck chairs on the Titanic are upright.

I also don’t question Clark Kent Ervin’s integrity in any way. But he does not appear to have an education law background, so who else at the firm will be assisting him? If the Department is trying to regain trust with the public after allowing, and indeed funding, decades of abuses of students by for-profit colleges, could it not have insisted on a monitor law firm, from somewhere in these United States, that didn’t represent Corinthian Colleges?