Where is the National Black Chamber of Commerce getting its money to attack solar power in Florida? And is it breaking the law? 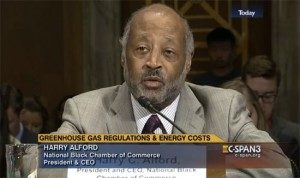 But evidence has emerged that NBCC, which is a 501(c)(3) organization based in Washington D.C., contributed that money through a lobbying arm of the organization that was shut down by the IRS for not filing tax forms. This potentially illegal action raises several questions. Why is Harry Alford, the president of NBCC, using his IRS-revoked entity to contribute money to Consumers for Smart Solar? Is a utility company or companies using NBCC to hide the money to avoid listing any charitable donations on disclosure forms, since the NBCC (c)(4) is not publishing its annual 990 disclosure form? Are utilities funneling money through NBCC to create a false patina of diversity to the Consumers for Smart Solar effort?

Background on the solar controversies in Florida

In June of 2015, Floridians for Solar Choice – an alliance of conservatives, solar advocates, and environmentalists – filed legal briefs to the Florida Supreme Court supporting its ballot initiative that attempted to open the state to solar competition through third party providers. This essentially would have allowed homeowners across the state to have an easier time installing rooftop solar. Working to block that ballot were the state’s four investor-owned utility companies, Attorney General Pam Bondi, the Florida chamber of commerce, and several other energy and business industry groups. Also joining the mix was NBCC.

NBCC argued that the Floridians for Solar Choice ballot language was deceptive. Specifically, NBCC filed an extensive legal brief stating that “the ballot title and summary of the Solar Initiative are misleading. The proposed amendment flies under ‘false colors’ … This is an undisclosed cost shift to non-solar electric utility customers, which would include many small, minority-owned businesspeople and their families.”

But shortly after the utility companies and NBCC filed their briefs, another ballot campaign called Consumers for Smart Solar was launched. At a July 2015 press conference, leaders of Consumers for Smart Solar explained that this campaign was in response to Floridians for Solar Choice – which they referred to disparagingly as the “shady solar amendment” – and that their campaign had the backing of a diverse, broad, bipartisan organizations.

Days after Consumers for Smart Solar was launched, NBCC announced it was joining the group in an effort to block Floridians for Solar Choice and get voters to approve of their alternative ballot initiative.

Harry Alford, President/CEO of NBCC, said, “We are proud to join the Consumers for Smart Solar effort and support their consumer-friendly Smart Solar Amendment. We know this amendment will make solar energy choice a constitutional right for Floridians; but, most importantly, it provides much-needed protections for all Florida consumers and businesses.”

Leaders of Consumers for Smart Solar went on to mention NBCC’s name in the press and in op-eds as being a supporter of their ballot measure and when describing the campaign.

In addition to joining Consumers for Smart Solar and making the campaign seem broad, diverse, and bipartisan, NBCC also contributed money to the campaign.

NBCC first sent a $50,000 check. At the time it was tied for the largest contribution to the campaign. Alford’s NBCC has since contributed an additional $150,000 – the most recent donation came in August of 2016.

After the most recent donation was made, I called the Florida Division of Elections to find out the full name of the contributor, since the division’s web site only cites, “NATIONAL BLACK CHAMBER OF COMM.”

The Florida Division of Elections said the full name on the check is “National Black Chamber of Commerce FTI.” The agency confirmed that this name appears on all three separate contributions.

National Black Chamber of Commerce FTI presumably stands for ‘Free Trade Initiative,’ which was granted 501(c)(4) status by the IRS and by Washington D.C. in 2011. The Economic Research Institute notes that it shares the same address as NBCC and that Thomas Alford, son of Harry Alford, registered the name.

In other words, if NBCC correctly calculates its contribution to Consumers for Smart Solar in its lobbying amount for an annual year, it might be restricted from participating in other forms of lobbying, something which the Checks & Balances Project has noted. In a recently filed IRS tax-exempt organization complaint, they allege that NBCC already engages in excessive lobbying activities. (Checks & Balances Project also alleged that NBCC has used income for personal gain, that NBCC has not been truthful about its membership, and that NBCC’s annual IRS 990 disclosure form is not accurate.)

So it would make sense for Alford to use NBCC’s 501(c)(4) to contribute money to the ballot measure so he does not have to add it in lobbying calculations for the (c)(3). However, there’s a snag though for NBCC. It has used its (c)(4) in Florida and NBCC FTI lost its 501(c)(4) status in 2014 due its failure to file a Form 990 return for three consecutive years. 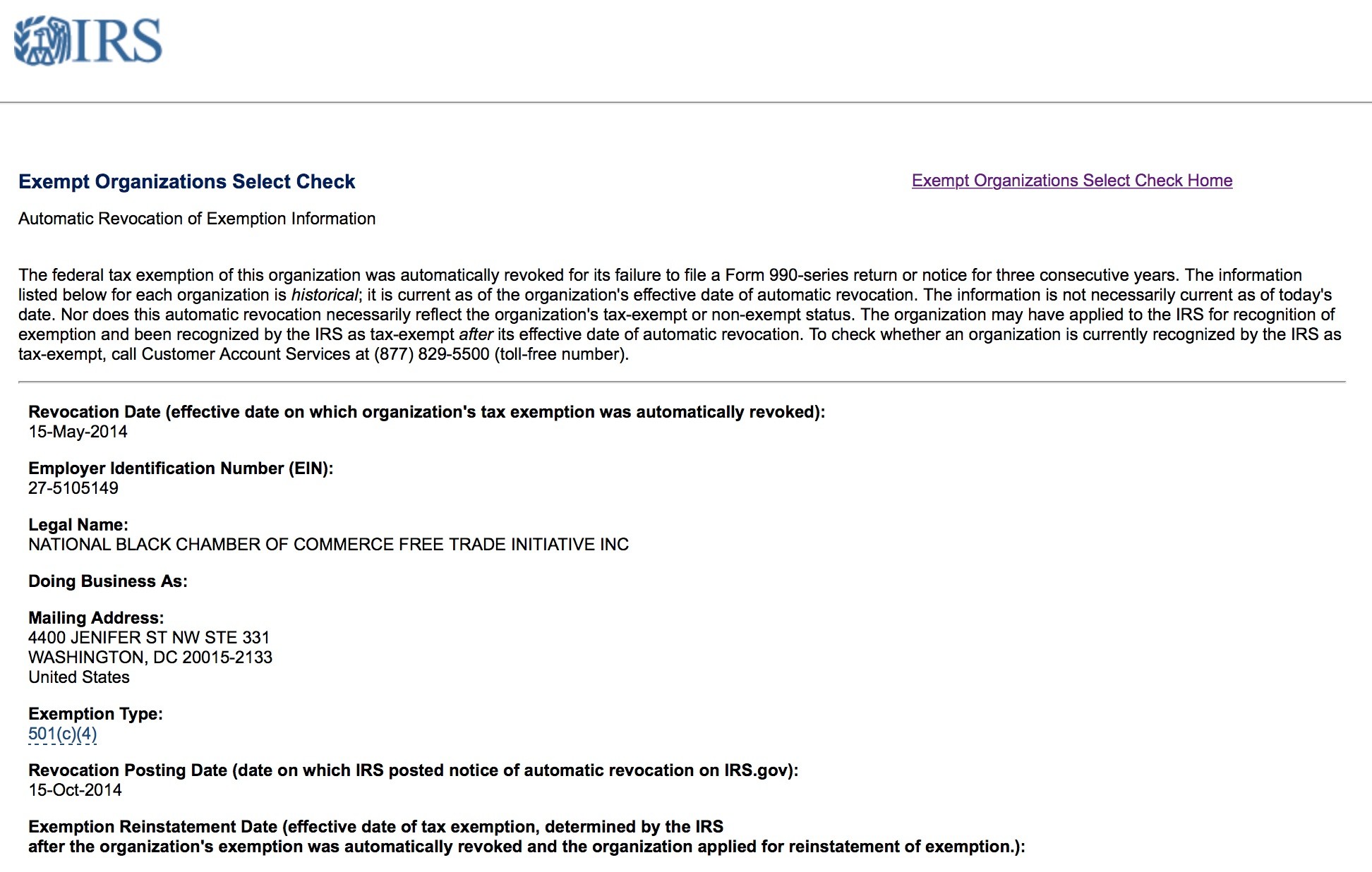 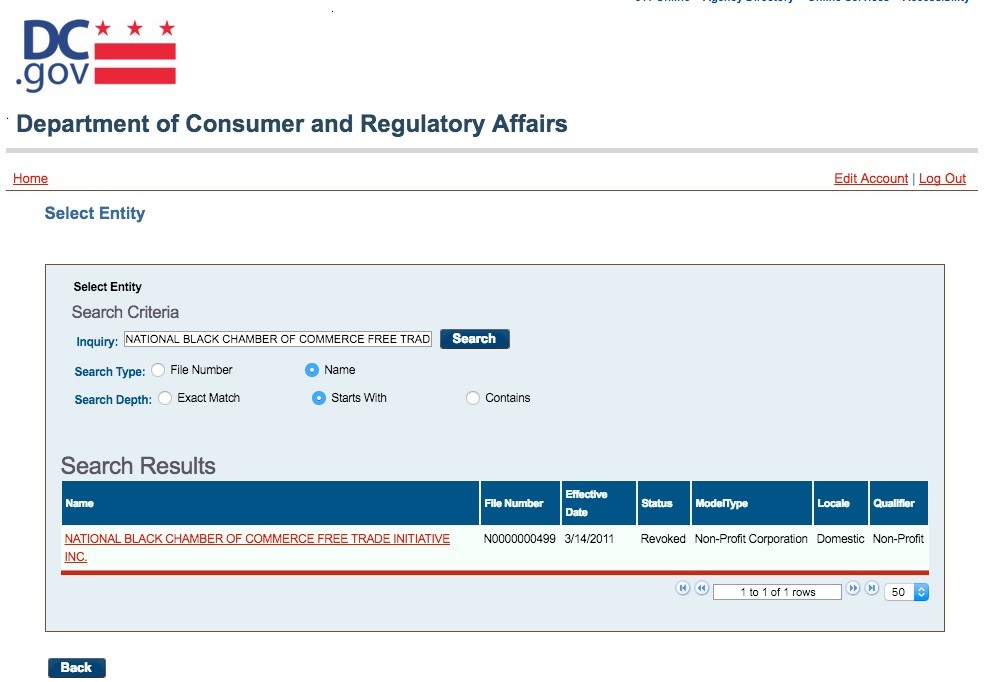 Calls we made to both the IRS and D.C. Department of Consumers and Regulatory Affairs confirmed the revocation of (c)(4) status.

What created this surge of interest and effort by NBCC in the Florida solar debate?

Additionally, the Center for Media and Democracy uncovered that Peabody Energy, the world’s largest private-sector coal company, listed NBCC in the company’s bankruptcy filings as a recipient of funding. ExxonMobil, the largest oil and natural gas producer in the country, also contributes money to NBCC and has for many years, presumably for NBCC’s climate and energy work. The fossil fuel giant gave NBCC $75,000 last year. Florida’s electricity portfolio is significantly made up of natural gas.

Alford has constantly advocated and lobbied for policies that benefit the corporate donors to NBCC. In fact, the NBCC website clearly states that a donation of at least $30,000 will allow the contributor to work with the NBCC to “formulate positions on issues of commonality such as Global Warming Treaty, Tax Reform, Social Security…”

The revelation of NBCC’s use of a possibly illegal, fully non-transparent entity to contribute money to Amendment 1 is the latest evidence that the groups pushing the anti-solar measure are fully corporate-backed, and not deserving of the public’s trust. Leaked audio surfaced last month revealing that Consumers for Smart Solar was actually launched as a well-designed ploy to mislead voters and negate any legislative or constitutional efforts Floridians for Solar Choice undertake in the future to increase rooftop solar.

Calls and email to NBCC for comment were not returned.