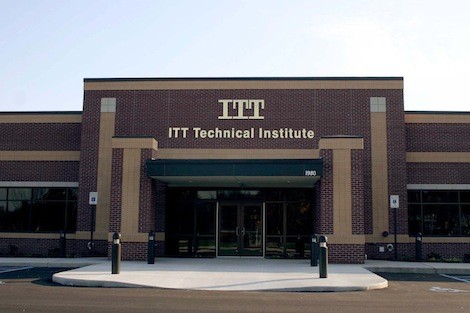 Last week, troubled for-profit college company ITT Tech settled a series of lawsuits brought by shareholders that charged ITT with various securities law violations.  Under the agreement, approved preliminarily by Manhattan federal judge J. Paul Oetken on Jan. 29 but still subject to objections by investors, ITT will pay lawyers for the plaintiffs $1.1 million and commit to a series of “corporate governance reforms,” including ITT commitments that:

Three different shareholder derivative lawsuits filed in New York and Indiana were combined into this case, with shareholders claiming collectively that ITT had engaged in breach of fiduciary duty, unjust enrichment, abuse of control, corporate waste, and gross mismanagement.

The joint court filing by ITT and lawyers for the shareholders states that ITT denies all the claims in the case and believes it has done nothing wrong.

ITT also announced last week that it was paying a $515,000 bonus to its CEO, Kevin Modany.  The money represents a fraction of the earnings Modany received a few years ago, when for-profit college profits and abuses were at their peak — in 2009 Modany got $7.6 million in total compensation; by last year he was down to about $3 million.  But given that Modany has presided over a disastrous period in the company’s history and in fact was slated to resign before apparently changing his mind on New Year’s Eve, and given that taxpayers have been paying most of his salary, it still seems like an awful lot.

In the same SEC filing, ITT announced a series of criteria for determining bonuses going forward, including: resolve legal matters, increase graduation rates, improve nursing license exam passage rates, “Design, develop and obtain the necessary regulatory authorizations to offer an alternative delivery methodology for an accredited degree program,” and “Design, develop and implement a revised marketing and advertising campaign for ITT Technical Institute.” Some of these criteria seem to move in the direction of positive reforms, while others raise new questions.

The ITT announcements revive issues addressed last summer when, days after leaving his post as student loan ombudsman at the U.S. Consumer Financial Protection Bureau, Rohit Chopra sent a letter to ITT shareholders seeking corporate reforms. Chopra wrote, “I have serious concerns that ITT is not properly managed. Unless investors provide more vigorous oversight over management and the board, ITT will continue to harm both its students and its shareholders.” Chopra called in the June 2015 letter for ITT investors investors to “seek new board members who can provide necessary supervision and direction,” “to strengthen executive compensation policies, such that they are aligned with the interests of students and shareholders,” and to “make[] improvements to management culture.”

ITT responded at the time that Chopra’s letter “is a perfect example of the myopic view pervading some in D.C. regarding taxpaying educational institutions” and “demonstrates a personal bias against our institutions….  Allegations are not facts and we think our investors will not take action based on simple assertions from someone with an ideological axe to grind.” (Chopra joined the Department of Education last month.)

ITT, which has been getting as much as $1.1 billion per year from federal aid, about two-thirds of its revenue, has a troubling record.

Last May 12, the Securities and Exchange Commission sued ITT, CEO Modany, and ITT’s former CFO, charging that the company “made various false and misleading statements and omissions to defraud ITT’s investors by concealing the extraordinary failure” of its student loan programs. The SEC charged that ITT management “engineered a campaign of deception and half-truths that left ITT’s auditors and investors in the dark concerning the company’s mushrooming obligations” regarding its private student loan program.

The Consumer Financial Protection Bureau also has sued ITT, charging in a 2014 complaint that “ITT subjected consumers to undue influence or coerced them into taking out ITT Private Loans through a variety of unfair acts and practices designed to interfere with the consumers’ ability to make informed, uncoerced choices.”

A federal whistleblower lawsuit unsealed last month added more allegations of awful abuses, such as ITT admitting a blind student to a computer networking program that was unsuited to assisting the student, who dropped out within weeks and got stuck with the bill.

But the company is also in precarious financial condition. ITT stock trades today at about $2.70 a share, down from $92.30 in July 2011. In October the U.S. Department of Education put delays and new restrictions on the delivery of student aid to ITT, after the Department concluded that ITT had failed to properly account for federal aid money since at least 2009 and failed to comply with prior Department orders to strengthen financial controls. The Department had already, in 2014, placed ITT on a probationary “heightened cash monitoring” status and required the company to post an $80 million letter of credit.

Yet ITT still has some 130 campuses, with more than 55,000 students, in 38 states.  Last year ITT received $664 million in taxpayer money from student grants and loans.

UPDATE 02/05/16 1 pm: Raul Valdes Pages, a former for-profit college CEO and long-time industry consultant who has become critical of industry practices, writes me, “ITT governance has changed little. [Private equity executive John] Cozzi, et al are still on the Board. In my opinion, [Modany] is Cozzi’s and Board’s puppet. I believe this is nothing more than a gambit to plead for leniency while awaiting for change at the Department [of Education] after Obama is gone. The culture has not changed at all and my opinion is that they will continue to look for the path of least resistance.”