posted at 6:05 pm by David Halperin 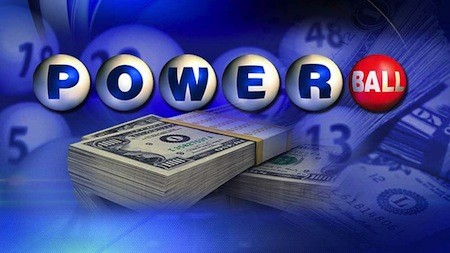 The unprecedented Powerball jackpot is supposed to bestow extraordinary riches upon the long-awaited winners. But did you know that each of the three winners will receive less over a 29-year payout than ten U.S. for-profit college companies receive from your tax dollars every single year?  Worse, seven of those ten colleges have been under investigation in recent years by federal and state law enforcement agencies for deceiving their students, lying to government regulators, and other abuses.

The Powerball jackpot will be divided among three winning tickets bought in Tennessee, California and Florida, and each ticket is worth $528.8 million, paid out in installments until the year 2045.

That’s a great deal of money — about $18 million a year for each of the three winners.  But according to data from the U.S. Department of Education, the following companies received much more in federal student grants and loans in just the 2014-15 year:

Not every one of these dollars is wasted.  There are good teachers and programs within these companies, and some students are able to get solid training and build careers. But seven of these companies — Apollo / University of Phoenix, Education Management Corp. (operators of the Art Institutes and Brown Mackie College); DeVry, Kaplan, Career Education Corp. (Sanford-Brown, Cordon Bleu), ITT Tech, and Bridgepoint (Ashford University) — have faced law enforcement probes, and there is strong evidence that these companies have deceived students about things like the cost of tuition, job placement rates, and likely starting salaries, and left students across the country jobless and buried in student loan debt.

These figures do not even include additional hundreds of millions in federal education aid for military service members and veterans from the Defense Department and the Veterans Administration. And all of these for-profit college companies were in fact receiving much more in federal aid until a few years ago, when the truth about abusive practices in the industry finally filtered down to prospective students, and enrollments plummeted.

The University of Phoenix was until recently getting as much as $3.7 billion of your tax dollars in a single year. Corinthian Colleges, which collapsed this year under the weight of numerous charges of fraud and abuse, was receiving as much as $1.4 billion annually.

So it looks like a surer path than Powerball to getting a billion dollar check from the government is to operate a big for-profit college, even, and maybe especially, if you’re ready to break the law.