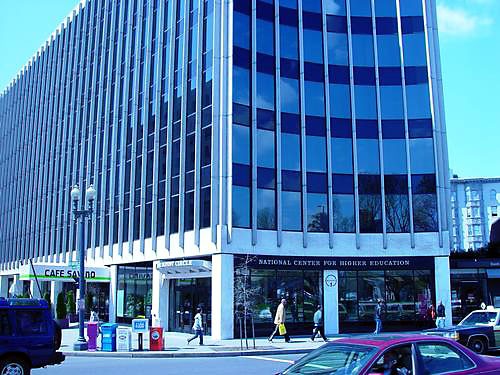 The for-profit college industry clearly is spending heavily to try to convince non-profit and public colleges to oppose new Department of Education regulations imposing accountability on badly-performing schools. Last week I wrote about how the industry has hired a former long-time New York Times reporter to try to argue to traditional higher education groups that the rule will hurt them.

The Obama administration rule spurring this lobbying frenzy would:

1. Implement a law already on the books by providing standards and procedures for the government to forgive the federal loans of students who were defrauded by their schools.

2. Require schools that behave irresponsibly to post financial letters of credit so money will be available to pay claims in case the school melts down.

3. Allow students who believe they were defrauded or abused to take their claims to court, instead of permitting for-profit colleges to keep forcing such students into secret arbitration proceedings that rarely provide relief or accountability.

For-profit college owners and lobbyists have been meeting at the White House, paying for reams of op-eds by consultants parroting industry talking points, and claiming the new rule would destroy their companies and destroy the opportunity for students to get an education.

But the rule would impose serious penalties only on those schools that consistently abuse their students, by means of deceptive recruiting and advertising and other serious misconduct. In the emerging environment where the Department of Education begins imposing some basic standards on schools getting federal aid, colleges that offer quality programs and act responsibly will be able to thrive. Such schools should not be fooled by the persistent defenders of awful predatory colleges into attacking proposals that implement President Obama’s long-time determination to protect students and taxpayers and the integrity of the financial aid system.

Within a few years, if properly implemented, the rule should start saving taxpayers billions. The letters of credit would compel irresponsible schools to keep some cash on hand to pay victims; the notorious fraud Corinthian Colleges was getting at much as $1.7 billion a year from taxpayers, and yet when it shut down it claimed it was deep in debt. Seven of the biggest for-profit colleges, all under law enforcement investigation, now get $8.1 billion a year from taxpayers, and one, EDMC, last year pleaded poverty to the Justice Department to limit to an easy $95 million its punishment for an alleged $11 billion worth of fraud. The new rule’s constraints on mandatory arbitration would help punish, expose, and deter egregious misuse of taxpayer dollars. Perhaps most importantly, the establishment of debt forgiveness for victims of fraudulent schools will force the Department of Education to think harder about what institutions should be getting our tax dollars in the first place.

Which is precisely why people like Steve Gunderson, head of the for-profit college trade association APSCU, and Donald Graham, the owner of for-profit Kaplan University, are so worked up.

Traditional higher education faces a critical choice with respect to these new rules.  When the history of this debate is written, do they want it said that they aided and abetted widespread for-profit college fraud, and undermined the futures of millions of Americans, by helping to block reasonable rules? The new rules won’t damage honest, effective schools.  The rules will help struggling low-income students who want a chance for a good career. Traditional higher ed leaders should step up and support President Obama’s efforts here, not simply act like a special interest group, and a dumb one at that.

The articles linked below give a flavor of the efforts by for-profit colleges to scare traditional higher ed into opposing the rule:

Law school graduates who are unable to repay their student loans will seek to cancel their debt under the defense to repayment. When they are successful, some will set up businesses helping other borrowers discharge their debts. Colleges will fight any obligation to repay the student loans of their graduates, arguing that the regulations lack sufficient due process (e.g., allowing discharge on the allegation of malfeasance without any actual proof). The federal government will then be left shouldering the cost of the defense to repayment discharges. The U.S. Department of Education may be correct in estimating that the cost will be $4 to $5 billion a year, but that’s only after pent up demand of $200 to $300 billion is satisfied.Many traditional colleges, not just for-profit colleges, misrepresent the benefits and outcomes of the education they provide. Many colleges misrepresent loans as grants in their award letters. Many colleges provide inaccurate information to college rankings (e.g., reporting just need-based loans instead of all loans, reporting the average debt among all graduating students as opposed to just those students graduating with student loan debt). Advertising routinely overstates the value of the education. Advice to colleges: Have an attorney review all advertising and marketing materials, plus all communications with students and parents.

The emerging narrative from this public relations campaign is disturbing. For-profit colleges, their paid allies, and others are seeking to paint students as scam artists whose enrollment in school is simply the beginning of a long con aimed at defrauding taxpayers.

In reality, few students will commit their precious time, their grant eligibility, their own out-of-pocket tuition payments, and their private student loan costs, simply in the hopes of getting their federal loans alone forgiven at the end.

In reality, most students who were not genuinely defrauded and disadvantaged won’t spend time seeking loan forgiveness, and the Department of Education will not grant claims that lack merit. The new rules give the Department the flexibility to focus on real frauds without harming honest schools.

In reality, most of the documented fraudulent behavior is not by students but by for-profit colleges, large and small, that have scammed billions of dollars from students and taxpayers alike.

The for-profit college industry’s effort to portray students as scammers in order to block reforms that would provide relief to students who themselves were scammed is shameful. But then this industry has demonstrated that it has no shame. However, the consultants and lobbyists who have taken money from the for-profit college industry to parrot these phony arguments should be ashamed, as should those in traditional higher education who would oppose these pro-student rules out of selfish, short-sighted, and ultimately mistaken analysis about the harms to their own schools.