posted at 9:12 am by Raul Valdes Pages 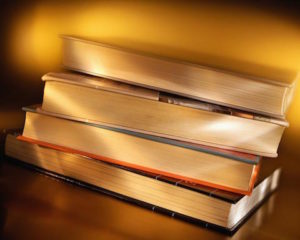 Editor’s note from David Halperin: Last week, we posted a piece reporting concerns by a leading higher education expert (who asked not to be identified by name because of job concerns) that lobbying could weaken protections in federal laws governing competency-based education (CBE), and that such changes could increase the ability of unethical institutions to defraud students and taxpayers. The piece seemed to touch a nerve — it caused a minor freakout on Twitter and elsewhere by some executives in the CBE world.

Another experienced expert, Raul Valdes Pages, reached out to me to share his own views on CBE. Raul was the founder and CEO of Denver Technical College, a for-profit school offering associate, bachelor and master’s programs. He also has served as CEO of Sextant Education and marketing manager and vice president at DeVry. He is currently CEO of Quantum Integrations, a publishing and competency-based curriculum company. He has been a commissioner of the Accrediting Commission of Career Schools and Colleges and testified in Congress regarding skills standards legislation. Here are his views:

The concept of Competency Based Education has been around for decades. Roy Roemer championed it as Governor of Colorado and later as one of the founders of Western Governors University. At one time he was exploring using the learning outcomes from high school as a seamless method to accept students into college. I was part of the group that studied the concept.

Because of my interest in also creating a seamless transition from college to work, I pursued and installed CBE at the colleges I was managing. I received the help of 300 Colorado companies. My purpose for CBE had nothing to do with online, flex education or life experience. It had to do with giving employers learning outcomes and assessments they had come up with, thereby increasing my graduates’ employment and income. The program did just that.

In 1999, President Bill Clinton had proposed the Skill Standards bill, aimed at improving employment satisfaction by using CBE. I testified before the House Education Committee, along with representatives of the National Association of Manufacturers, American Electronics Association, Center for Education and the Economy, and many others. We all agreed CBE would be a great tool to improve college education, hiring and employer satisfaction. One caveat: Learning outcomes and assessments to measure them needed to come from employers. This point was unanimous. Employers value “soft skills” such as problem solving, communication, and analytical skills higher than core skills. This was not a model for “trade schools,” though it can be used there as well.

The Department of Labor developed, with help from employers, the “skills pyramid ” for a number of occupations without most colleges using them or even being aware of them.

Fast forward to this decade and the Department of Education’s test allowing some colleges to replace Carnegie units and seat time with CBE. Now, instead of using a tool designed to measure quality and relevance, colleges are lining up to use this tool to expand online, flex classes and award life experience. Furthermore, outcomes and assessments are being developed not by employers, taxpayers or society which is paying for these competencies, but by colleges and faculty with varying motivations towards quality. Some may do a good job in spite of their isolation from the consuming world, while some will claim “academic freedom” as an excuse to satisfy satisfactory academic progress, graduation and learning while diluting quality.

I agree with the expert’s views conveyed in David Halperin’s previous post that the Department of Education may be opening up Pandora’s box. At a time that the Department is seeing rampant abuses in higher education, out of control tuition, lifetime graduation rates of 28%, absence of accreditors and states exercising enough oversight, and overall lack of consumer protection, shouldn’t it pilot this initiative carefully before unleashing taxpayer dollars and students on an unproven tool?

If the CBEs were employer-developed and so were the assessments, I would have more faith that students would eventually benefit. If the assessments are instead internally developed by schools, I am afraid that at a time when online education still seems suspect, we might be adding additional risks.

In short, I believe CBE is a tool that should be used to restore faith in learning outcomes and assessments, not fuel more bodies running in the system.