Electoral College Can Stop Unfit Trump – With Another Republican

posted at 9:33 am by David Halperin 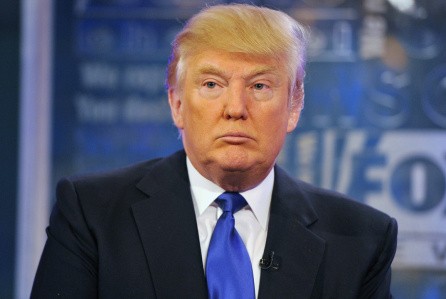 Tuesday’s election has produced a mixed result. Donald Trump won the voting in enough states to put him over the minimum 270 electoral vote threshold; with Michigan, Arizona, and New Hampshire still undecided, Trump is at 279 to 228 for Clinton. Hillary Clinton appears to have won the popular vote; at this hour she’s up about 230,000 votes over Trump.

Clinton has conceded, and the Trump transition is moving ahead.

But the election isn’t over, under our Constitution, until the designated electors of the Electoral College meet on December 19 at their state capitals to cast their votes and then, on January 6, Congress meets to affirm that result.

It would be an extraordinary measure for the electoral college to select anyone other than Donald Trump to be our next president.

This is an extraordinary situation.

Donald Trump is unfit to be president. Our current president has said Trump is unfit, as have many Republicans.  Trump has a remarkable record of bigotry, misogyny and sexual abuse, dishonesty, predatory business practices, association with organized crime figures, misuse of charitable entities, and apparent pronounced narcissism. He has advocated for torture, bombing civilians, and other reckless acts that no conscientious military officer could carry out. Polls during the campaign showed that the vast majority of the public believe Trump is unfit and lacks the appropriate temperament to be president.

As Americans we have the right and indeed the duty to prevent an unfit person from taking the oath of office as our president.

We are not powerless to use our constitutional system to avoid disaster… We have no obligation to sit back and do nothing.

Some have suggested that Clinton forces could recruit some Trump foes among the GOP electors to cast their ballots for Hillary Clinton, joining forces with the electors from states that Clinton won to give her an electoral college majority.

I think that goes too far.  The Trump-Pence GOP ticket won the electoral map vote.  The states, as weighted by their electoral votes, have said they want a change in Washington.

Moreover, if the electoral college took this extraordinary step, the Congress, under our laws, could still upset it. The GOP will control both houses of Congress. Which strengthens the case for pressing to replace Trump with a Republican, rather than Clinton.

I supported Hillary Clinton. The GOP leaders I mentioned would likely advance policy outcomes I would strongly oppose. But I am looking for some solution that would protect our country from an unfit leader.

In our nation’s history, more than 99 percent of electors have voted as pledged in the Electoral College. But electors are not required to do so.  A “faithless elector” has surfaced a number of times in our past – 157 times.  29 states bar faithless electors, so 21 states do not. Even in states where the practice is barred, the penalties can be light.

Folks, I know this is unlikely to happen. There’s a good argument that to avoid chaos, we should generally pick the winner, and move ahead, by the morning after the presidential election. All I am suggesting is that we are not powerless to use our constitutional system to avoid disaster.

In 1788, in the Federalist Papers, Alexander Hamilton warned of the risks of inaugurating a president with”[t]alents for low intrigue, and the little arts of popularity,” and he argued for the proposed electoral college system in these terms: “The process of election affords a moral certainty, that the office of President will never fall to the lot of any man who is not in an eminent degree endowed with the requisite qualifications.” Such a man stands on the verge of being inaugurated, but the process established by our Founders has not been completed.

This article also appears on Huffington Post, where it got a heck of a lot of traffic in one day so I decided to post it here, too.