Education Dept., Getting Fed Up, Links For-Profit College To “Grifters”

posted at 1:52 pm by David Halperin 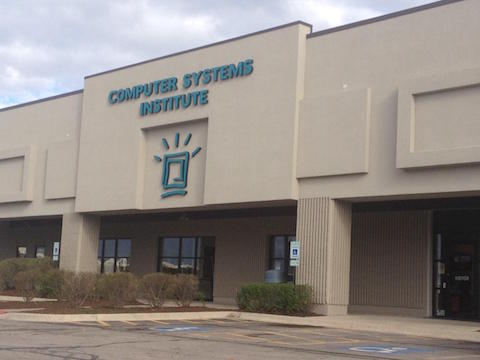 Earlier this year, the U.S. Department of Education took the rare step of cutting off federal student aid to two for-profit college chains, each accused of deceiving the Department and their own students. Now the Department has denied an appeal by one of the schools, Computer Systems Institute (CSI!), and done so with a bit more, shall we say, emphasis than usual. Just for example, the Department uses a term not often applied in higher education in referring to two individuals whom CSI claimed were major employers of its students; the Department calls them “grifters.”

It’s one more sign that the Department is tired of blatant misrepresentation and abuses by for-profit colleges. That’s good.

A January 2016 letter from Susan D. Crim of the Department’s Office of Federal Student Aid to CSI’s CEO, Julia Lowder, charged that CSI gave its accrediting agency, and the Department, false information about job placements for students.

Some of the fabrications were achieved via a supposed employer called Home Health Consultants (HHC), which CSI reported had hired some 42 of its health care and business career students. The investigators visited the business address of HHC and found a house with a man named Quinn who stayed behind his closed screen door and offered absurdly unconvincing answers about his operation. The Department investigators also interviewed the supposedly hired students, and most had ever heard of Quinn or HHC. Two students did say Quinn had “hired” them — to hand out flyers on the street to elderly persons “for what the students said were ‘bogus medical services,” what one student called “lies; tricking old people out of their money.” Only one of the two students was paid; she got $100 for more than 80 hours of work.

The investigators also visited the address of “Dream Team Hope Health Care Services”(DTH), the supposed  employer of 14 other CSI graduates. They found a nearly-empty warehouse and a man with another sketchy explanation.

CSI graduates were actually working at jobs like cashier at the O’Hare airport’s McDonalds and as a janitor — jobs that did not require an expensive (as much as $14,000 a year) CSI degree.

CSI, which took $20 million in federal Pell grants and student loans in the 2014-15 award year, appealed, and Crim has sent a new letter denying the appeal and raising the Department’s level of annoyance.  Just a few choice excerpts to tempt you to read the whole thing:

CSI’s factual defense is predicated upon the claim that CSI lacked knowledge that the two identified employers were fictitious. It has not claimed that the employers were legitimate, and that students who claimed they did not receive jobs from these grifters were responsible for lying to the Department….

[T]he Department believes that CSI either knew, or should have known, that what it was representing to the Department and its accrediting agency contained untrue information. For example, while CSI states that the Department did not “provide any indication that any of the students interviewed complained to CSI,” … in an interview conducted by Agent Ewert on April 5, 2016, with Alyssa Weel, CSI Career Development Coordinator from April 2013 to January 2016, Ms. Weel affirmed that students came to the small office space she shared with four other Career Development Coordinators in late 2013 to complain about the lack of meaningful employment they received from Mr. Quinn and HHC…. As such, CSI had knowledge, long before the Department’s program review, and the supposed conduct of its own internal investigation in mid-2014, that employers it was using to inflate its placement rate were suspect….

CSI’ s marketing materials, provided to the program reviewers while onsite … were aggressively targeting a potential student base…. Advertisements set forth in bold headlines: “NO DIPLOMA, NO PROBLEM!” The students’ declarations convey that they took these words quite literally, and those who failed to possess a high school diploma or a GED did not know until they began their job searches that the lack of these credentials alone hamstrung them in their ability to find employment in their fields of study. This constitutes evidence of yet another possible misrepresentation by CSI to its students.

CSI paid bonuses to the Career Development staff based on the numbers of placement verifications they could complete…. As with the scourge of abusive practices that resulted from the payments of incentives to recruiters of students, promises of extra financial remuneration for additional employment verifications creates an environment conducive for the sort of fraudulent misrepresentation that occurred in CSI’ s practices. Second, CSI maintained the remarkable practice of allowing employers to verify placements on the first day a student was hired, and even sometimes permitted verifications before a student had actually graduated!

Perhaps most important, the Department’s grueling investigation would have been largely unnecessary had CSI promptly told the Department what it claims it found out about the falsity of the two “employers.” And it had an absolute legal obligation to do so.

The frauds in this industry, and resulting harms to students, are stunning.  It’s long past time for companies taking millions, and even billions, annually in taxpayer money to stop lying to students and regulators.  The Department of Education is starting to make that clear.