posted at 6:36 pm by David Halperin 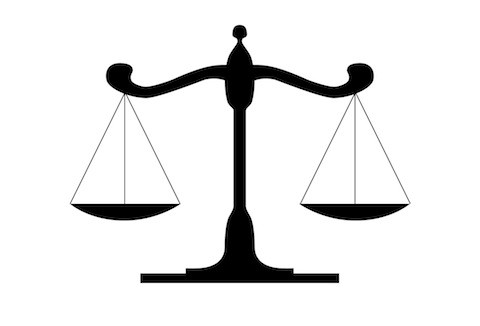 The Department of Education tonight released a new draft of regulations on student debt relief, in advance of the third round of rulemaking meetings to be held next week, and in a press release (see below) accompanying the proposal the Department appears to take a hard line against the fine-print language that for-profit colleges have been using to force students to resolve their disputes with a school through secretive arbitration proceedings, rather than in court.

The draft regulations appear to follow suit, laying out two options regarding mandatory arbitration, including one that requires schools participating in the federal direct student loan program to “[p]rovide that for any claim related to the making of a student loan or the provision of educational services” that:

(i) The claim may only be arbitrated with the student’s consent after the claim arises;

(ii) The school will not prohibit students from asserting any such claim in cases filed in a court on behalf of a class; and

(iii) The school will notify the Secretary upon the submission of and submit copies of any initial filings and decisions for such claim whether filed in court or in arbitration….

Members of Congress, advocacy groups, and some of the negotiators in the rulemaking have argued that the Department should require colleges taking taxpayer dollars to allow students to bring grievances to court, without restrictions on class actions or jury trials, as a way to expose and deter bad behavior and reduce the likelihood of more debacles like the egregious misconduct and collapse of Corinthian Colleges.  In the wake of the demise of Corinthian, which was taking as much as $1.4 billion a year in federal student aid, many former students have sought cancellation of their student loan debts.

Here’s the Department’s press release, and the part of the new draft regulation dealing with arbitration is here.  The regulations also address the broader student debt relief issues, as described below.

The U.S. Department of Education released today a proposal that would establish borrower-friendly processes for seeking and obtaining loan relief triggered by unscrupulous conduct by higher education institutions. The Department also provided options to negotiators that would protect students from the use of mandatory arbitration provisions in enrollment agreements.

By updating existing borrower defense regulations with these provisions, the Department will build on the Obama Administration’s efforts to protect students and taxpayers, and ensure transparency and accountability among colleges and universities.

“These actions would establish a simpler, more uniform standard of relief for students, hold schools accountable if they engage in unlawful practices, and put an end to using fine print to trap students into signing away their rights,” said Acting U.S. Secretary of Education John B. King Jr.

Last September, the Department began a negotiated rulemaking process to clarify how Direct Loan borrowers who believe they have been defrauded by their institutions can seek relief and strengthen provisions to hold colleges accountable for their wrongdoing. Current provisions in federal law and regulations called “defense to repayment” or “borrower defense” allow borrowers to seek discharge of their Direct Loans if their college’s acts give rise to a state law cause of action.

The Department plans to discuss with the negotiating committee how protect students from forced arbitration and incorporate crucial elements of state consumer protection laws in these regulations. Forced arbitration provisions used by many schools in their enrollment agreements – often buried in the fine print – effectively prevent students from seeking redress for harm caused by their school and hide wrongdoing from the Department and the public. Such agreements often bar students from bringing their legal claims in a group, making it financially impossible for individual students to challenge schools. Some agreements require disputes to be filed in secret tribunals where little or no records are kept; some prohibit students from speaking about the claims they file. The Department will discuss with negotiators how to end such outrageous practices.

“ The Department is working to ensure that no college can dodge accountability by burying ‘gotchas’ in fine print that blocks students from seeking the redress they’re due. Legal aid, veteran, consumer, and student advocacy groups have all shared with us how mandatory arbitration has harmed students across the country. We heard them and agree. Which is why we’ve incorporated ideas from non-federal negotiators to limit mandatory arbitration agreements,” said Under Secretary Ted Mitchell. “These efforts build on our work to protect students and require institutional accountability.”

In addition to addressing arbitration, the language sent to negotiators would accomplish the following:

So far, two sessions of negotiations have been held. Next week’s session is the third and final negotiation session.