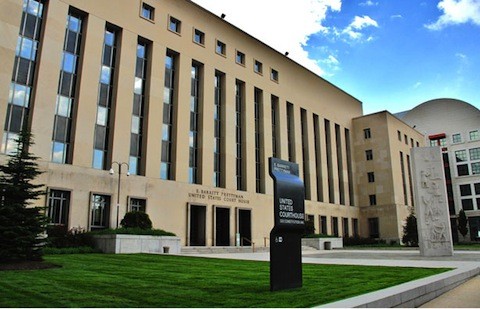 A three-judge panel of the U.S. Court of Appeals in Washington DC this morning rejected the for-profit college trade group’s challenge to the Obama Administration’s gainful employment rule, a regulation that holds career training programs accountable for consistently leaving students with overwhelming debt.  Perhaps recognizing that the war of words over the rule had gone on long enough and that the case was not a close call, the Court of Appeals issued a brief four-page opinion affirming a trial court’s rejection of the challenge brought by the troubled trade group APSCU. The appeals court noted that a federal trial judge in Manhattan had rejected a similar challenge to the rule brought by an industry group there, and that a different trial judge in D.C. already had affirmed most aspects of a previous version of the rule: “Three district courts have written persuasively in response to some or all of the Association’s contentions.”

The Court of Appeals decision is the latest victory for a common sense rule that says taxpayer money should not go to programs that, year after year, make students worse off than when they started.  APSCU and its high-priced lawyers, backed by other high-priced lawyers representing APSCU’s paid friend the U.S. Chamber of Commerce, seemed to be arguing to the Court what arrogant industry barons like Jeffrey Leeds, Donald Graham, Avy Stein, Lincoln Frank, and Arthur Keiser seemed to be arguing to the Administration and Congress: that for-profit colleges were permanently entitled to a flow of billions of dollars in federal student aid, regardless of how badly they performed, so long as their lawyers could come up with new ways to nitpick federal regulations.  In contrast to regulatory battles in other areas like energy and telecommunications, where a substantial part of the industry revenues are earned in the free market, here the industry is not simply regulated, but almost entirely subsidized, with many big for-profit colleges getting 85 to 90 percent of their money from the government. Of course the government had the right, indeed the obligation, to demand performance standards.

The appeals court’s few words included this pointed statement: “It would be a perverse system that, by design, wasted taxpayer money in order to impose crippling, credit-destroying debt on lower-income students and graduates.”

The gainful employment rule is not nearly strong enough to stop all the bad career and for-profit programs  that hurt students, but it will have an impact in ending some awful, overpriced, low-quality ones. Combined with mounting federal and state law enforcement efforts to address for-profit college fraud and other promising new initiatives, it can make a real difference in protecting students.

The Obama Administration, with the leadership of people like Under Secretary of Education Ted Mitchell, has pushed for some genuine reforms in the face of relentless industry lobbying, and deserves some credit today.  Also deserving credit are the Justice Department and Education Department lawyers who argued the case, the former Deputy Under Secretary Robert Shireman, who championed the gainful employment rule at the start of the administration, the coalition of organizations that has fought for students, and the tenacious students who have started to stand up for themselves after years of abuses.

APSCU and its industry apparently will not give up the fight to stop gainful employment; they continue to defend the worst-of-the-worst conduct in their sector, rather than aspiring to do better for students. They may try further appeals in this case, asking the full D.C. court of appeals or the Supreme Court for review. Industry lobbyists also have continued to press Congress to overturn the rule, and they will be back on Capitol Hill with for-profit college executives next week for more of the same, stopping for speeches by their paid congressional friends Rep. John Kline (R-MN) and Alcee Hastings (D-FL).

Now, the Administration needs to push ahead and fully implement the gainful employment rule so that it is in full effect before President Obama leaves office.

(Disclosure: I was involved in the effort by a coalition of student, veteran, educator, civil rights, and consumer groups to file amicus briefs urging the courts to uphold the gainful employment rule, briefs prepared by outstanding attorneys from Public Citizen, the NAACP Legal Defense Fund, and the Leadership Conference on Civil and Human Rights. Further disclosure: I’m damn proud of that fact.)