The Era of Predatory For-Profit Colleges Might Be Over 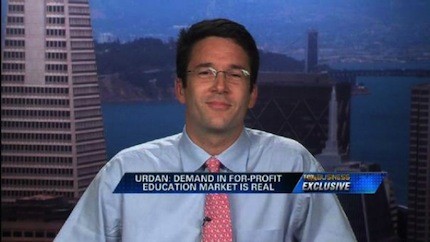 Even if predatory for-profit college companies can hang on for a period, restoring revenues while retaining their abusive practices, the era where they blatantly and arrogantly rip off and students and taxpayers, while Washington politicians and lobbyists do their bidding without apparent shame, is likely near its end. But to make that happen, the Obama Administration must act, and act with urgency.

For decades, bad actors in this industry have engaged in awful abuses, and for five years we’ve seen steady revelations of such misdeeds, including blatant deceptions by for-profit colleges to students and government overseers. But only in the past two years have federal and state law enforcement investigators really stepped up. Now the effects of the bad publicity and heightened monitoring are at last being felt: This week alone we saw the final collapse of Corinthian Colleges, as well as dramatic contractions by fellow for-profit college giants EDMC and Career Education Corp. In March, industry leader the University of Phoenix admitted it has less than half the number of students it had five years ago.

Meanwhile, congressional critics of the industry, like Elizabeth Warren, Dick Durbin, Maxine Waters, Elijah Cummings, and Mark Takano, are increasingly emboldened in standing up for students and against industry abuses — and there is growing Hill support for those views.

A year ago, Marco Rubio was writing to the U.S. Department of Education seeking leniency for Corinthian, which had been caught in a string of deceptions. Jeb Bush was appearing at the annual convention of the for-profit colleges lobby group, APSCU, denouncing the Obama administration’s “gainful employment” rule, which is aimed at holding career education programs accountable for consistently leaving graduates with insurmountable debt.

But the politicians who have been cheerleaders for the industry are quiet right now, and for the first-time in a long time the APSCU summer convention, at least for now, lacks a marquee politician speaker. [UPDATE 5-11-15 5:49 pm: APSCU’s convention web page has now listed a new keynote: Newt Gingrich, whose wife got her first DC job from her family friend and congressman, Steve Gunderson, who now heads APSCU.]

An industry that was getting $33 billion a year in federal aid, buying its executives lavish homes, private planes, nights on the town, Park Avenue dinner parties, and fancy ski junkets, is now in remarkable disarray.

“I’m writing to let you know that Wells Fargo has elected to cease covering Education as a stand-alone sector and I have been displaced as a result,” read a mass email to colleagues this week from Trace Urdan, who long hawked the stocks of for-profit colleges like Corinthian for Wells Fargo Securities, usually without reminding investors that Wells Fargo was the largest institutional investor in Corinthian. Urdan, a smiling symbol of the for-profit college industry’s indifference to student misery, a man who once called for-profit enrollees “subprime” students, acknowledged in the email, “Wells’ decision was an understandable one based primarily on the continued dwindling market cap and volumes of the for-profit post-secondary stocks” — in English: many key for-profit college stocks are now almost worthless.

An article this week in Inside Higher Ed did a good job of capturing the turmoil that has shaken this industry, but I take issue with one sentence in it: “Some critics of for-profits… celebrated what they say is a comeuppance for predatory colleges.”

No reasonable person is celebrating. Many fine instructors and staff, who tried to do the right thing for students, will lose their jobs. Hard-working students — single moms, low-income teenagers, returning veterans — will face new challenges in completing their education. I know many of these staff and students, some before I ever worked on these issues. Some are good friends.

But efforts by the for-profit colleges’ dwindling group of defenders — at APSCU and the Wall Street Journal editorial board — to blame the Obama Administration for the chaos is just one more example of the insufferable arrogance of this industry.

In fact, the blame falls squarely on greedy operators who have made signing up new students for weak, overpriced programs, and depositing their federal aid checks, the only goal of their schools.

There is blame to be apportioned in the government for sure — but not to those now getting tough with predatory schools. Instead, the blameworthy include George W. Bush administration officials, as well as some career employees at the Department of Education, who allowed the torrent of waste, fraud, and abuse to go on for decades. Some eventually took jobs with predatory for-profits, while others simply have concluded that the best way to get to retirement is to avoid crossing powerful for-profit colleges, their lobbyists, and the industry’s bought-and-paid-for pals on Capitol Hill.

The combined work of predatory executives and lax regulators is what has produced so many broke, unemployed students, and now supposedly broke, shut-down schools.

The government officials and prosecutors who are now getting tough on the industry deserve credit.

But the Obama Administration needs to step up right away.

In the throes of the 2008 financial crisis, Rahm Emanuel, about to become President Obama’s chief of staff, said, “You never let a serious crisis go to waste…. it’s an opportunity to do things you think you could not do before.”

That’s the situation here. Allowing debt-collector ECMC to buy most of the Corinthian campuses, on terms unfavorable to students and taxpayers, was a major misstep by the Administration. But now the Department of Education seems determined to make some critical positive moves.

There is much that the Department can do with its existing authorities: enforce the prohibitions in federal law on misrepresentation and on paying recruiters commissions; enforce the requirements that colleges be stable and responsible financially; enforce the rule limiting a for-profit college from receiving more than 90 percent of its revenue from federal aid; monitor and punish colleges’ manipulation of student default rates; carefully review questionable conversions from for-profit to non-profit status; and vigorously enforce the new “gainful employment” rule, once the industry’s weak court challenge to the rule is rejected. The Department should be acting much more promptly to enforce these rules, and to impose sanctions where and when it finds violations.

The Department also could require that colleges agree, as a condition of getting federal money, not to bar their students from taking disputes to court — a powerful step that could dramatically increase deterrence of wrongdoing.

Most importantly right now, the Department of Education can use existing powers to forgive the loans of students who attended Corinthian and other schools engaged in systematic abuses — and to create a fair, easy-to-use process to help students find out all their options and make the right choices.

In addition, the Department could undertake a determined new rule-making proceeding to strengthen its regulatory powers. And right now, there is even the opportunity for the Administration to go to Congress for even tougher reforms, including barring schools from using tax dollars to pay for marketing (like buying the naming rights to an NFL stadium) and demanding that colleges who regularly leave their students in default bear some responsibility for paying the loans back to taxpayers.

While it works for new reforms, the Department of Education also needs to stop, right now, its career bureaucrats and debt collectors from steering students the wrong way on the ground, such as advising Corinthian students that their options include transferring to other predatory for-profit colleges, or telling Corinthian students seeking loan forgiveness that they have no chance for that.

The Department of Education also needs to stop the phenomenon of executives of penalized or shut-down predatory companies getting right back in the lucrative game, obtaining millions more in federal aid with a new company.  There are dozens of examples of this.  Such executives should instead be barred from the education field, and law enforcement should go after their ill-gotten gains.

Finally, and critically, the Department needs to stop the worst predatory schools from continuing to enroll new students, which will only increase the number of victims nationwide seeking loan relief. In the days before it closed down, Corinthian recruiters were still on the phone, trying to sign up students and bank their federal aid checks, and engaging in fresh misrepresentations. Even after EDMC announced this week that it would be closing 15 Art Institutes campuses and cease new enrollments there, company recruiters were online apparently trying to get new students to enroll at those very campuses.

This week, hundreds more people across the country will be manipulated and deceived by recruiters for predatory for-profit colleges into enrolling in programs that will ruin their financial futures. This must end.

Such reforms should help those honest, effective schools in the career education field to thrive, and gain back market share from the big predatory actors with their endless deceptive TV ads and round-the-clock boiler-room call centers.

A commentator on TheStreet wrote this week, “The fate of for-profit education depends on whether the industry can reinvent itself as a viable competitor to nonprofit education by lowering costs, raising the standards and promoting realistic academic goals that are affordable to many low-income students. That might be a daunting task for an educational system that answers to shareholders not students.” But if the Department of Education makes some bold moves right now, that is the kind of future that career education, for-profit or non-profit, can have: Schools can thrive, if, and only if, they act with integrity and genuinely help students to build careers and solid financial futures.