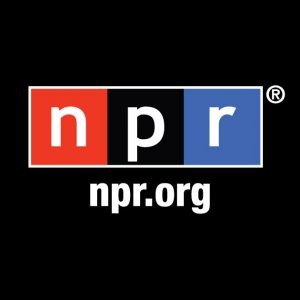 Merchants of Doubt, a new film by Robert Kenner, explores the history of paid “third party” front groups, designed to appear as legitimate scientific or academic organizations, that act to mislead the public on policy issues on behalf of their corporate benefactors. The film goes through the history of groups that were paid to raise doubts about the health risks of cigarette smoking on behalf of tobacco firms to the modern climate change denial network spawned by fossil fuel interests.

At a special screening of the movie in Washington, D.C., NPR’s science correspondent Geoff Brumfiel and Kenner participated in a Q&A session with attendees after the film.

Republic Report asked Brumfiel about the role of the media in promoting individuals or groups set up to spread confusion and doubt about climate change. Should mainstream media outlets promote these groups, or at the very least, shouldn’t the fact that their sponsors in the fossil fuel industry have a stake in the policy response to climate change be disclosed in articles that mention them?

“I think the sort of Heartland Institute-types have lost traction in recent years. You may disagree with me on that,” said Brumfiel.

Kenner interjected, “But we’re not having them, unfortunately!”

“Well, that’s a fair point. But when you see time being given,” conceded Brumfiel, “well part of it is, journalists just love a fight.”

Indeed, the day following the screening of the film, NPR reported on the legislative agenda of Americans for Prosperity, a group founded and funded by petrochemical  billionaires David and Charles Koch, that acts aggressively to deny the science of climate change. In its reporting on AFP’s new legislative agenda, which focuses heavily on attacks on EPA climate regulations, NPR did not disclose that AFP’s funders lobby aggressively on the very same regulations.

Brumfiel noted that he was not “here representing NPR’s chief science people” and wanted to underscore the notion that “journalism hasn’t always done a very good job” on how it depicts the debate around the science of climate change.

Merchants of Doubt, which features climate change deniers investigated by Republic Report — including the Heartland Institute — is scheduled to appear in theaters across the country in March.