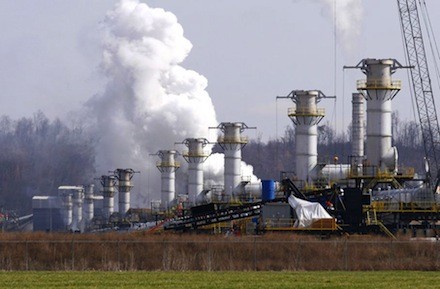 There’s been recent media coverage of how two Washington DC lawyers named Brendan and Nessa Coppinger have sued and convinced a local judge to issue a temporary restraining order prohibiting their neighbor, Edwin Gray, from smoking in his Capitol Hill row house, which adjoins theirs.

Gray has lived in his home for 51 years; the Coppingers moved into theirs last fall. The Coppingers say that cigarette and marijuana smoke is seeping into their bedroom and their child’s bedroom. The Washington Post quoted Nessa Coppinger, 38 and pregnant with the couple’s second child, as saying, “This is a health concern. We don’t smoke. We don’t allow smoking in our home.” They are seeking $500,000 in damages from Gray and his sister, who owns the house.

I don’t begrudge the Coppingers for seeking to be free of harmful smoke. And they say they tried to reach agreement with their neighbor to fix the ventilation situation before filing suit. (Gray’s sister says she didn’t like the terms the Coppingers presented.)

What interested me about the case was that the Post and other media sources described Nessa Coppinger as “an environmental lawyer.” In Washington, that could mean a number of things.  So I looked her up.  For Nessa Coppinger, a principal of the 95-lawyer firm Beveridge & Diamond, it means that some of her accomplishments are explained on the firm’s website like this:

In other words, some of Coppinger’s work involves trying to defeat the legal claims of people who contend they have been harmed by toxic pollution.

One example: According to court records, since March 2014, Coppinger has been one of two lead attorneys representing Suncoke Energy, Inc., a billion dollar corporation that calls itself “the largest independent producer of high-quality metallurgical coke in the Americas,” and its subsidiary Haverhill North Coke Co. in a suit brought by Glenn and Kelly Graff and Hildreth and Peggy Maddox, four residents of Franklin Furnace, Ohio. The lawsuit, filed in 2009, alleges that:

The suit contends that these toxic substances have polluted the plaintiffs’ air, soil, surface water, and groundwater. The Graffs and Maddoxes assert that the plant and coke ovens operated by Coppinger’s now-client “emitted and released blue/gray Noxious and Hazardous Substances-containing clouds or haze” that reached the plaintiffs’ property. As a result:

Plaintiffs and other property owners are generally subjected to foul odors that include burnt-rubber odors, sulfur odors, a rotten egg odor, chemical odor, coal odor, tar odor, and coke oven odors. Visible Deposits have accumulated on the neighboring properties, including Plaintiffs’ properties, after these events….

The Graffs and Maddoxes further allege — and, to be clear, all of these claims are yet to be proven — that the emissions from the plant operated by Coppinger’s now-client have forced them to restrict their outdoor activities. And they say they “are concerned and apprehensive about risks to their and their family members’ health from their past and ongoing exposure to said substances.”

In contrast to the prompt court order that the Coppingers, who are represented by a lawyer in Nessa Coppinger’s firm, obtained from a DC judge to halt Edwin Gray from smoking in his house, the lawyers for the Graffs and Maddoxes have spent more than five years skirmishing in court with SunCoke’s legal team, which now includes Ms. Coppinger, over what documents must be exchanged.

I have emailed Nessa Coppinger to seek her comment, and particularly to ask whether her family’s situation with smoke in their home had in any way altered her perspective on the toxic tort defense work she does.  She hasn’t responded yet.

This article also appears on Huffington Post and DeSmogBlog.