Corinthian to Justice Dept: Get Our Docs Before ECMC Abandons Them

posted at 1:55 pm by David Halperin 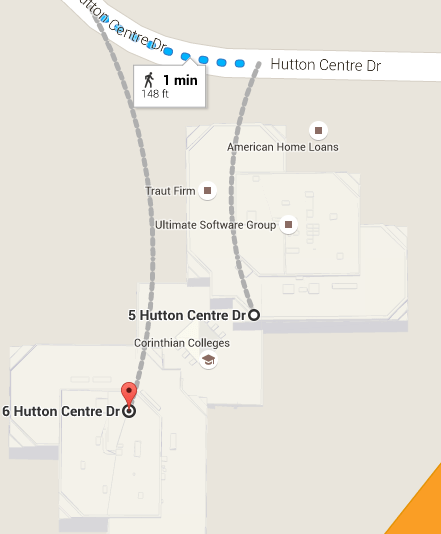 A lawyer for shut-down Corinthian Colleges has written to a U.S. Justice Department lawyer investigating the for-profit college company, warning that some school records may be “abandoned” as soon as next month. The June 29 letter, obtained by Republic Report, opens a window into the Corinthian litigation, and also highlights questions about the U.S. Department of Education’s decision to allow Zenith Education Group, a newly-created subsidiary of Minnesota-based debt collection company ECMC, to acquire some 50 former Corinthian campuses earlier this year.

In the letter, attorney Evan C. Borges of the firm Greenberg Gross, which represents Corinthian in its bankruptcy case, told Justice Department Civil Division lawyer Jay Majors, “Corinthian is in a bankruptcy proceeding with scarce financial and human resources, and is winding down its affairs. Time is of the essence for your agency to make decisions on which records” from 30 former Corinthian campuses “you wish to inspect, copy, and/or preserve.”

The letter from Borges informs DoJ’s Majors that some of these records are now located in a Sacramento, California, warehouse under the control of Zenith, which paid a bargain-basement $24 million for the Corinthian campuses. Borges writes:

We expect that in the near future, Zenith will demand that Corinthian retrieve or abandon records that Zenith has determined are not relevant to the schools it acquired; or alternatively, that Corinthian or any agency that wishes to preserve the records pay for their storage. It is important that your agency contact Zenith directly if you have any concerns or if you wish for records to be preserved. We urge you to contact Zenith no later than August 1, 2015.

Corinthian’s bankruptcy lawyer thus suggests that Zenith may destroy records relevant to the investigation of Corinthian unless somebody promptly takes them or pays for the storage fees.

That this top lawyer for Corinthian, which is now under investigation by numerous state and federal law enforcement agencies for defrauding students and taxpayers, is doing the same job for Zenith raises even more concerns about the U.S. Department of Education’s decision to allow ECMC to buy the Corinthian campuses and continue to receive potentially hundred of millions of dollars in federal student aid. (At its peak, Corinthian was taking in $1.4 billion annually in this taxpayer funding.)

The deal allowed the Education Department to avoid automatically forgiving billions of dollars in student loans that would have occurred if these Corinthian campuses closed, but the question is whether ECMC, which had no prior experience running a school, had the capacity and the character to rapidly turn predatory Corinthian programs into quality career education opportunities for students, or whether, instead, allowing the campuses to continue to operate and recruit new students would only make matters worse.

The terms of the ECMC-Corinthian-Education Department deal, and Zenith’s subsequent actions, have only deepened those concerns.  Instead of being a model for how a predatory for-profit could become a non-profit, as the Department of Education had publicly hoped, so far ECMC looks like a pioneer in running a predatory non-profit. Among other things:

Borges’ letter informs DoJ that other Corinthian records are now in warehouses controlled by state agencies overseeing for-profit colleges in California, Arizona, Hawaii, Oregon, and New York.  The letter expresses particular urgency regarding the California agency facility, also located in Sacramento. According to Borges, the lease on part of the warehouse, containing 388 “large speed-pack boxes,” each weighing about 500 pounds “that were quickly filled with leftover paper documents as the campuses were being closed and vacated” expires on August 31. Borges further warns, “Security is a potential concern at the warehouse, which does not appear to be locked at all times…. We point this out only to emphasize the merit in making a rapid determination as to whether you are interested in inspecting, copying or retaining any of the above-described records in the warehouse.”
This article also appears on Huffington Post.