Corinthian Closing Misdeed: Allowing New Students To Enroll Just Before It Shut Down

posted at 4:10 pm by David Halperin 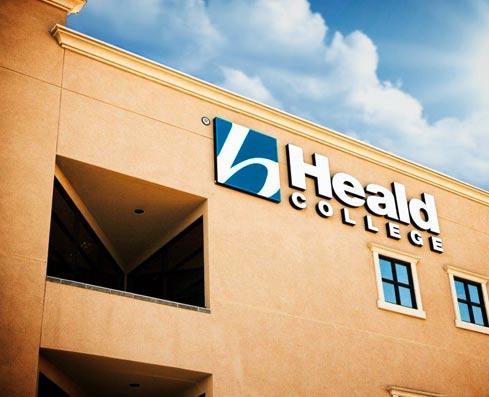 If you don’t think there’s enough to criticize in Corinthian College’s long history of abuses, or in the U.S. Department of Education’s handling of Corinthian, consider these facts.

After years asleep at the switch, allowing predatory for-profit colleges to rip off students and taxpayers for billions annually, the Department finally took a decisive stand against egregiously bad acting Corinthian. The Department’s decisions, beginning last June when it put Corinthian on financial probation, eventually made it impossible for the company, which was sucking up as much as $1.4 billion per year in taxpayer money, to carry on. The final blow came on April 14, when the Department announced that Corinthian’s Heald College had been telling students untruths about its job placement performance; the Department fined Corinthian $30 million and barred it from enrolling new students. Corinthian announced on Sunday, April 26, that it was shutting its remaining 28 campuses.

But in dealing with Corinthian’s collapse, the Department’s actions haven’t always been good for students. The Department engineered the ill-advised plan to sell 50 Corinthian campuses to debt collection company ECMC, which had no experience running a college, demanded troubling terms, and so far has not made good on its pledges.

And this week, in the wake of Corinthian’s announcement that it would close, leaving the educations of 16,000 students in limbo, the Department included, on its list of suggested schools to which students might transfer, campuses run by companies, such as ITT Tech, EDMC, and Career Education Corporation, that are, like Corinthian, under investigation by federal and state law enforcement. These might be terrible options for students who could instead transfer to more reputable schools or exercise their right under the law to eliminate their federal student loan debt and start over. Senator Dick Durbin, a strong defender of students, emphatically criticized the action, declaring the Department “out of touch with reality.”

Meanwhile, for-profit colleges with dubious track records salivated and declared themselves, as did California’s International Education Corporation, ready to “Step[] in to Support the Students … of Corinthian Colleges” by accepting them as transfers. Raul Valdes Pages, a former for-profit college industry CEO, told me today regarding that company, “I believe these students should go to a community college … and not be traumatized further.  A chain that has had accreditation issues and just acquired Florida Career College and Anthem, both with problems, should not, in my opinion, be the destination for broken hearted students. They can’t take more disappointment and should avail themselves to loan forgiveness.”

To compound its misteps, a Department spokeswoman has now offered a highly misleading statistic that wrongly plays into the hands of the Wall Street Journal editorial board and other cheerleaders for predatory colleges, who have sought to for years to portray the Obama Administration’s efforts to impose some reasonable safeguards on this industry as a dramatic government overreach.

Denise Horn, the Department spokeswoman, stated that at least 42 percent of Corinthian’s students are within six months of completing their programs.  That made it sound like the Department had pushed Corinthian to shut down just as many of its students were set to complete long courses of study.  But that’s not what’s going on.

Many of Corinthian’s students are not pursuing bachelor’s or associate’s degrees, but rather are enrolled in certificate programs, some as short as 36 weeks. That’s true of almost all students at Corinthian’s WyoTech-branded campuses.  Corinthian reported in 2013 that 39 percent of its students were in these certificate or “diploma” programs “generally designed to have a duration of approximately 8-12 months” and average 9 months.

Indeed, Corinthian continued to aggressively recruit, and indeed, it appears, continued to mislead prospective students, until the bitter end.  The San Jose Mercury News reported on April 15 that the following occurred on April 14, the very day that the Department of Education ordered Corinthian’s Heald College campuses to stop enrolling new students:

Cathryn Murray, of Pittsburg, finished her entrepreneurship program at Heald on Tuesday — and, she said, was already being recruited to return for another degree. She thinks the department’s decision to keep Heald from enrolling new students will protect people who might sign up without knowing the school could close any day.

“She called me three times today,” she said of the recruiter. “She said, We’ve got a buyer,’ and I said, `No you guys don’t.’ They’re not telling the truth.”

Corinthian admitted new students (on non-Heald campuses) until April 17, just nine days before it slammed its doors shut. That was the date that a state agency in California, where most of the remaining Corinthian campuses were located, ordered Corinthian to halt enrollments in the state.

So, in fact, many of the students are now stranded because Corinthian tried to bank as much federal aid cash as it could until its dying breath. And many of them who, from the Department of Education’s spokesperson’s account, appeared to be almost done with their educations had, in fact, barely begun.

The government should have stopped giving money to Corinthian Colleges long ago. The idea that it was still allowing students to enroll and commit our tax dollars to that company just two weeks ago boggles the mind.  Corinthian’s bad behavior, combined with the Department of Education’s bad oversight, has left many more students locked out than there could have been.

Oh also: Bloomberg has just reported that, days after the Department’s June 2014 decision to heighten financial oversight of Corinthian, Senator Marco Rubio asked the Department to “demonstrate leniency” toward the company; just one of many times that Members of Congress, awash in campaign cash from this taxpayer-subsidized industry, have gone to bat for predatory colleges. This kind of unwarranted congressional pressure has not made it easier for the Department to get tough on bad actors.