Congress On Verge of Big Gift to For-Profit College EDMC 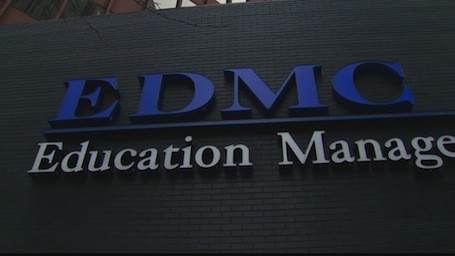 After settling multiple law enforcement investigations this month on absurdly favorable terms, troubled for-profit college company Education Management Corp. (EDMC) may be on the verge of getting a sweetheart deal from Congress — a deal that could compound the harms that the company already has caused to students and taxpayers.

A provision in the highway bill conference agreement would amend the federal Trust Indenture Act in a way that could benefit retroactively two corporations that are facing potential bankruptcy — the casino giant Caesars Entertainment Corp. and EDMC, which operates the Art Institutes, Argosy University, Brown Mackie College, and South University. Both companies recently lost court arguments against minority creditors who invoked the 1939 federal law.

If the provision is enacted, it could help EDMC, despite its financial precariousness, avoid bankruptcy and thus remain eligible to receive federal student aid; 80 percent of EDMC’s revenues have come from taxpayers, but bankruptcy automatically cuts off access to this money.  EDMC has received as much as $1.8 billion annually in federal dollars, and even after its predatory practices were exposed, and enrollment plummeted, the company got more than a billion in federal dollars last year.

The House and Senate conferees on the highway bill may sign off on the provision today, unless congressional advocates for sane higher education policies prevail.

EDMC, formerly dominated by private equity investors Goldman Sachs, Providence Equity Partners, and Leeds Equity Partners, is now under the control of its big creditors, especially the firm KKR.  Like other big for-profit colleges, EDMC has used lobbying muscle, backed by the campaign contributions that flow from the industry to Capitol Hill, to keep federal money flowing into its coffers. It’s unclear how this midnight amendment, inserted without hearings, markup or public discussion, got into the highway bill, and what roles Caesars and / or EDMC have played.

If anyone does not deserve a taxpayer-financed bailout, it is EDMC, which has consistently engaged in deceptive and coercive recruiting, charged sky-high prices, cut spending on instruction, and enrolled thousands of students unlikely to succeed in its programs, just to cash their federal aid checks. Not only that, a special deal for EDMC could open the door to more such arrangements, with other collapsing for-profit giants like ITT Tech.

Former students from EDMC and other for-profit schools have launched a series of protests nationwide to highlight the abusive practices of these companies and the enormous student debt they have created. But lawmakers seem to be on the verge of listening with their wallets, instead of hearing the truth.

Two weeks ago, EDMC settled a range of federal and state law enforcement probes with a paltry $95 million fine and a nearly-meaningless cancellation of $103 million in shaky student debt.  The company avoided larger penalties by pleading poverty, and the wealthy investors and executives who presided over years of misconduct have been able to just walk away.

(On the day after Thanksgiving, the Department of Education added to the mess by quietly issuing a “clarification” that will make it easier for for-profit colleges to essentially pay sales commissions to their recruiters — the very conduct for which the Justice Department had sued EDMC.  Industry lawyers were thrilled. Department of Education lawyers insisted they needed the fix to avoid the risk that a federal judge handling a lawsuit brought by for-profit colleges would void the Department’s entire regulation on this issue. Obama appointees at the Department pledge to be vigilant to avoid abuse of this potential loophole, but they won’t be in office forever, and it’s easy to see how predatory colleges could try to exploit it.)

The latest deal pending in Congress could make matters even worse.

UPDATE 12-01-15: The amendment was removed before the final highway bill was filed today — thanks to pressure from pro-student leaders in Congress and from advocacy organizations.

UPDATE 12-06-15: UCLA law professor emeritus Kenneth Klee wrote a comment on the Huffington Post version of this article calling my article “completely inaccurate” and calling the proposed amendment “a common-sense response to a few misguided court opinions.” An article about this issue this evening in the Wall Street Journal, in quoting Klee, reveals that Klee “has served as a consultant to Brownstein Hyatt on matters related to the Trust Indenture Act.” Brownstein Hyatt is a lobbying firm that advises Caesars on this matter. Klee did not disclose his relationship to Caesars in his comment on my post. Nor did he mention the relationship, if it existed at the time, when he published an oped on November 8 in the Journal urging this same change in the law. (Instead Klee wrote about EDMC.) I think readers of Klee’s comment on my article, and his Wall Street Journal oped, would have been interested to know about his relationship with Caesars’ lobbyist.

UPDATE 12-06-15: The amendment was still alive over this weekend for potential inclusion in the omnibus spending bill.

UPDATE 12-08-15: Today I contacted Professor Klee, who is also a member of the law firm Klee, Tuchin, Bogdanoff & Stern LLP, for answers to a series of questions, and this is what he wrote back to me:

As a personal position only, I do not favor federal financial aid to EDMC or other for profit colleges or lenders. The current draft amendment does not affect the EDMC case. I do not represent Caesars or EDMC or have a financial interest in them. As a personal view, and not in any other capacity, I have long advocated that the trust indenture act should be strictly construed, or as Mark Roe believes, repealed to allow majority action clauses to govern, as both England and France do. It is because of this view that the Brownstein firm reached out to me to provide guidance to them on this technical law. I also called the issue to the attention of Senator Warren and her staff because I was concerned about the EDMC and Caesars decisions. The WSJ article was about EDMC, not Caesars. As far as I know, the Brownstein firm has no relationship with EDMC. I filled out the WSJ form and answered their questions. There is no conflict in advocating my position whether to the WSJ or Brownstein. Whenever I have been asked about my role as a consultant, I have disclosed it. The trust indenture act issue transcends EDMC and Caesars. It is about hundreds of workouts and whether they can resolve out of court of be forced into bankruptcy. Jobs are at stake here. In the 1930’s the minority bondholders were moms and pops. Today they are hedge funds buying into positions to hold out and sue. This is an intra-wall street fight, not about consumers, pensions, or other constituents dear to the left except that more bankruptcies will cost jobs and divert resources from more productive uses.

I appreciate the response from Klee, but I still believe he should have disclosed his relationship with Brownstein Hyatt, Caesars’ lobbyist, in writing about this issue in the Wall Street Journal and as a comment on the original version of this post. By simply identifying himself as a UCLA law professor, Klee kept from readers a key fact — that he was being paid by a lobbying firm that was in turn being paid by a corporation to try to make the very change in the law that Klee was advocating. Even if Klee sincerely believed in the policy he was advocating, in general this kind of disclosure helps readers and participants in the policy process to understand the motivations of advocates, especially those who bring to the table an esteemed reputation, like Professor Klee’s.

As to Professor Klee’s assertion that the current amendment does not affect the EDMC litigation, an article last night in The Hill (which also quotes Klee) raised questions on that score.

Finally, a letter sent today to House and Senate leaders by seventeen law professors specializing in corporate finance, who say they have varying opinions about the Trust Indenture Act and whether it should be amended, argues that the law “should not be amended through an appropriations rider, and … any changes should go through the customary procedures of legislative hearings and opportunity for public comment and expert input.”