posted at 1:08 pm by David Halperin 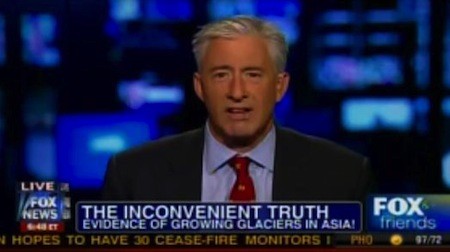 Professional climate change denier Christopher Horner offered some interesting responses to the Wall Street Journal when it asked about a court filing indicating that Horner had received $18,600 this year from coal company Alpha Natural Resources before it filed for bankruptcy in August.

The Journal updated its article to include Horner’s subsequent response:

“As you know, I’m a working attorney,” he said in an email response. “Parties come to me seeking legal assistance. Obviously I can’t discuss that any more than I could if it was you seeking advice.”

OK, it’s certainly possible that Horner sent his initial response to the wrong email address. Most email systems have it set up so if you click reply, your message will automatically go to the person, such as a Wall Street Journal reporter, who wrote to you, but I don’t know what kind of setup Horner has, and maybe he was responding to a phone call, didn’t have the reporter’s address entered, and had to try to type it himself. Or something like that.

Horner’s more substantive response, though, raises other questions. Yes, he’s a working attorney, holding the title Senior Clinical Attorney at the non-profit Free Market Environmental Law Clinic, and the law protects from forced disclosure those discussions in which an attorney gives a client legal advice. But Horner didn’t actually say in his response to the Journal that Alpha was paying him to provide legal advice, and we know that much of Horner’s work involves serving as a senior fellow of the think tank the Competitive Enterprise Institute, engaging in public debate, appearing on TV, writing books like Red Hot Lies: How Global Warming Alarmists Use Threats, Fraud and Deception to Keep You Misinformed, and generally insisting that climate change is not happening.

When the Intercept’s Lee Fang originally broke the story that Alpha’s bankruptcy filing showed it had provided funding to Horner, Fang noted that the filing listed Horner as receiving Alpha money both individually at his home address, as well as a staff attorney at the Free Market clinic.

In addition, Fang’s piece disclosed a June 2015 email signed by Alpha’s CEO, Kevin Crutchfield, along with the CEOs of other coal companies, suggesting, at least, that the companies were all paying Horner, and for work aimed at engaging with the public. The email stated in part, “As the ‘war on coal’ continues, I trust that the commitment we have made to support Chris Horner’s work will eventually create great awareness of the illegal tactics being employed to pass laws that are intended to destroy our industry.”

Moreover, even assuming that Alpha was paying Horner exclusively for legal work, the attorney-client privilege doesn’t normally cover information regarding fees paid by a client to a lawyer, which was the focus of the Journal‘s story.

Beyond that, a client can consent to an attorney talking publicly about the attorney’s representation of the client. If you have a TV, you might have seen attorneys talking about the work they are doing for clients. Like, every day.

So if Horner and Alpha wanted to clarify what kind of services Horner was providing to Alpha, and perhaps disabuse us of the notion that Alpha was paying Horner to support his public efforts to deny climate change, they surely could do so.