posted at 8:59 am by David Halperin 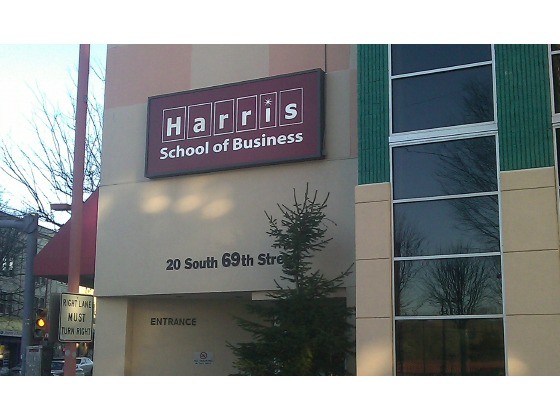 A front-page New York Times article on Thursday reported on a lawsuit brought by former employees of the for-profit Harris School of Business alleging fraud at the school. The suit, filed under the federal whistleblower law, asserts that Harris regularly misleads students about the value of its programs, and signs up even students who have little chance of benefiting, such as a student with an electronic ankle bracelet training to be a pharmacy technician, when certification for that job generally excludes people with felony or drug convictions. The suit claims that Harris made false reports to the government about its students in order to keep eligibility for federal student aid.

Harris School of Business has been receiving about $100 million a year in our taxpayer money, despite claims of fraud and abuse in this whistleblower action and other lawsuits against the school. Harris is owned by privately-held Premier Education Group, which runs several different career colleges with about 17,000 students in 10 states.

Premier denies the charges in the lawsuit, but the company’s seeming contempt for the law is illustrated by the Harris school’s failure to comply with consumer disclosure provisions of the federal gainful employment rule that have been in effect since 2011; under that rule, Harris is required to inform students on its website about graduation rates, tuition costs, job placement statistics, and student debt loads. Even though the non-profit group The Institute for College Access and Success (which supports some of my work) has repeatedly brought Harris’s failure to comply to the attention of the U.S. Department of Education, Harris has apparently failed to post the required disclosures on its site.

The Times story about Harris is the tip of the iceberg; across the country ex-employees are suing for-profit colleges under federal and state whistleblower laws for defrauding students and taxpayers by lying about matters including admissions practices, financial aid, and job placement. A useful (though year-old) accounting of many of these cases was assembled by the giant law firm Gibson Dunn, which represents the second-biggest for-profit college, troubled Education Management Corporation (EDMC), against a whistleblower suit alleging that the company violated federal rules barring colleges from paying their admissions staffers based on the number of students they recruit. Gibson Dunn also recently posted a memo with its take on some of these cases.

In the whistleblower lawsuit against EDMC, the former employees are represented by attorney Harry Litman, formerly the chief federal prosecutor for western Pennsylvania, where EDMC is based. In that case, the U.S. Justice Department and four states — California, Florida, Illinois and Indiana — have formally entered the case on the side of the ex-employees, and government lawyers are providing strong legal support.

Last year, Heidi Weber, a former dean at Minnesota’s Globe University won a $395,000 jury verdict against the company under that state’s whistleblower law. Weber alleged that she was fired for complaining to management that Globe used false job placement statistics and engaged in other misconduct to recruit students.

All these whistleblower actions are pending at a time when federal and state law enforcement officials are dramatically expanding their own fraud probes of the for-profit college industry. The Obama Administration is also considering a revised gainful employment rule, through which it will effectively decide whether the federal government will keep giving aid to career colleges that deceive and abuse their students.