posted at 1:25 pm by David Halperin 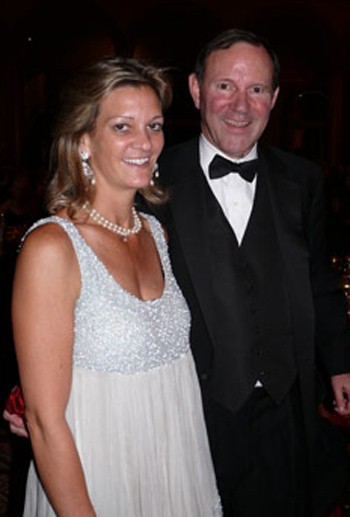 This week the Washington Post editorialized against President Obama’s “gainful employment” rule, aimed at holding career training programs accountable for leaving students with insurmountable debt, without disclosing that the newspaper’s publisher, Katharine Weymouth, serves on the board of directors of a company that owns for-profit colleges and that is lobbying actively against the rule.

An April 27 masthead opinion from the Post’s editorial board declared that the gainful employment rule would “make it more difficult for poor Americans to earn a secondary degree” and cited favorably arguments made by Steve Gunderson, the head of the for-profit colleges trade association, APSCU. By contrast, the New York Times and other newspaper editorial boards around the country have advocated for a strong gainful employment rule, as has a coalition of student, veterans, civil rights, consumer, and educator groups.

The weakly-argued Post editorial failed to note that Weymouth sits on the board of Graham Holdings, the company that was formerly known as The Washington Post Company and that sold the newspaper to Jeff Bezos last year.  Last October, Weymouth sold nearly $3 million dollars worth of Graham Holdings shares; it’s unclear what her current ownership stake is.  It also appears that Weymouth will be paid at least $150,000 in 2014 for her service on the Graham Holdings board.

Donald Graham, the CEO of the Graham company before and after the sale of the Post, is Katharine Weymouth’s uncle. Weymouth was the publisher under Graham and has kept the job under Bezos. Kaplan Inc., a wholly-owned subsidiary of the Post Company and now of Graham Holdings, runs one of the country’s biggest for-profit college operations under the Kaplan name.  Graham Holdings also owns five percent of another major for-profit college business, Corinthian Colleges.

Kaplan  is under investigation by at least four state attorneys general, Delaware, Florida, Illinois, and Massachusetts; has high dropout and loan default rates; and has been accused of deceptive and coercive recruiting practices.

Corinthian, which operates Everest, Heald and WyoTech colleges, has an even more troubling record. The Santa Ana, CA-based company faces a major lawsuit from California attorney general Kamala Harris, who has charged that the company has engaged in “false and predatory advertising, intentional misrepresentations to students, securities fraud and unlawful use of military seals in advertisements.” Corinthian is also under investigation by a group of thirteen state attorneys general (Arkansas, Arizona, Connecticut, Idaho, Iowa, Kentucky, Missouri, Nebraska, North Carolina, Oregon, Tennessee, Washington and Pennsylvania) into its recruiting and business practices.

Both Corinthian and Kaplan schools fared poorly under trial runs of an earlier version of the gainful employment rule, which would take away eligibility for federal student grants and loans from schools whose graduates and dropouts are consistently unable to repay their student loans.  Schools with high prices and poor records of training and placing students tend to flunk the gainful employment test, because their students borrow too much and earn too little after leaving.

Both Kaplan and Corinthian are members of APSCU.  APSCU is leading the opposition to the gainful employment rule, and both APSCU CEO Gunderson and Donald Graham have personally met with White House staff this year, in separate meetings, to argue against the regulation.  Graham was perhaps the most influential lobbyist against an earlier version of the gainful employment rule that the Administration dramatically watered down before issuing it in 2011.

When the Post editorialized against that earlier version of the rule, in August 2010, it disclosed:

Readers should know that we have a conflict of interest regarding this subject. The Washington Post Co., which owns the Post newspaper and washingtonpost.com, also owns Kaplan University and other for-profit schools of higher education that, according to company officials, could be harmed by the proposed regulations.

But there was no disclosure this time that the paper’s publisher is on the board of a company whose future might be imperiled by the new rule.

Indeed, last month, the Post’s “Fact Checker” column took issue with the U.S. Department of Education’s assertion, part of the larger case for issuing a rule to crack down on predatory colleges, that “of the for-profit gainful employment programs that our department could analyze, and which could be affected by our actions today, the majority — the significant majority, 72 percent — produce graduates who on average earned less than high school dropouts.” The Fact Checker argument wasn’t entirely convincing, and there are a mountain of other facts that demonstrate that many for-profit colleges rip off students and taxpayers.  But it’s also notable that the Fact Checker column stated:

while The Washington Post used to be owned by the same company that runs Kaplan Education, a big player in the market, The Post is now owned by Jeff Bezos, so there is no longer a potential conflict of interest.

The cynicism and duplicity of some big players in the for-profit college industry knows no bounds. But one would have expected more from the Post newspaper, now that it has been separated from Kaplan.  Readers look to the influential Post newspaper for guidance on public policy issues. Given the stakes for students, taxpayers, and our economy in the fight over holding predatory colleges accountable, it is truly unfortunate that the Post fails to tell its readers about the significant source of potential bias that remains.

UPDATE: The Washington Post published another editorial on August 23 simply rehashing its misleading arguments against the gainful employment rule, again without mentioning publisher Weymouth’s financial stake in the for-profit college industry. Indeed, this latest Post editorial stated that the “for-profit higher education sector is already reeling from the administration’s aggressive treatment of California-based Corinthian Colleges” without noting that Graham Holdings, for which Weymouth serves as a paid director, owns five percent of Corinthian.  I simply don’t know what to say anymore about this brazen concealment of bias.  How can serious reporters at the Post tolerate such actions?