Which For-Profit College Lobbyist Are You?

posted at 9:10 am by David Halperin 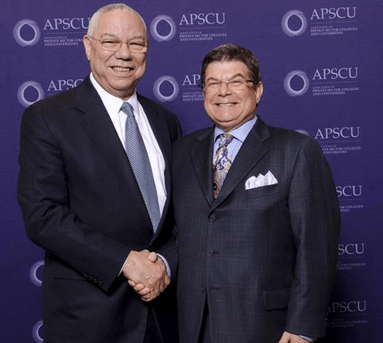 I’ve just published a new 100-page e-book, Stealing America’s Future: How For-Profit Colleges Scam Taxpayers and Ruin Students’ Lives. You can buy it for 99 cents on Amazon. I hope you’ll read it, because it is a critical moment for Americans to examine and speak out on the issue of for-profit colleges, the trade schools that bombard us with advertising promising students a better future through careers in fields like medical assisting, auto repair, and information technology.

Some of these schools do a good job training students for careers. But many of them, through a toxic mix of high prices and low-quality programs, systematically wreck the financial futures of many students. Students like Massachusetts’s Mike DiGiacomo, an Army veteran who was misled into enrolling by two for-profit colleges in a row and now is unemployed and more than $80,000 in debt; California’s Amber Morgan, who was promised by her for-profit college recruiter a fast track into the fashion industry but ended up back at her old retail job at Macy’s and starting over at community college; and Missouri’s Jennifer Kerr, a single mother whose school (with investors including Mitt Romney) told her she would be on her way to a nursing career but instead left her with heavy student loans and worthless credits.

It’s not just students who are harmed. For-profit colleges get more than $30 billion a year in federal student grants and loans; many get almost 90 percent of their revenue from federal aid. When a student defaults on a federal loan, taxpayers must foot the bill; the for-profit college already has been paid.

In the past few months, federal and state law enforcement agencies have at last stepped up to meet the problem. They’re investigating a range of for-profit college companies — including the University of Phoenix, Education Management Corp. (EDMC), Career Education Corp., ITT Tech, Kaplan, DeVry, and Corinthian Colleges — for fraud or other misconduct.

President Obama also understands this scam, and he has spoken out forcefully, saying that some schools are “trying to swindle and hoodwink” students, because they only “care about the cash.” In the end, the President has said, the students “can’t find a job. They default…. Their credit is ruined, and the for-profit institution is making out like a bandit.”

Yet the Obama Administration may be on the verge of issuing new “gainful employment” regulations whose intent is to hold for-profit colleges accountable for leaving students with overwhelming debt, but in fact are too weak to get the job done.

What’s going on? Big money has corrupted the system.  Many for-profit colleges have devoted a substantial portion of their federal riches to lobbying against new rules, and giving campaign contributions to Members of Congress, so that they can keep the federal dollars pouring into company coffers, regardless of how badly they serve students. Members of Congress then pressure the White House to back off. In short, Washington has created a monster that is very hard to stop.

Part of my book describes the army of lobbyists, spin doctors, and celebrity endorsers whom for-profit colleges have enlisted for their cause.  Here are just a few:

Colin Powell. The former Secretary of State and Chairman of the Joint Chiefs of Staff was the keynote speaker at the 2011 convention of the for-profit college trade association APSCU. Powell chairs the advisory board of Leeds Equity Partners, part-owner of the second-biggest for-profit college company, EDMC, which is being sued by the Justice Department for fraud and is under investigation by a dozen state attorneys general. 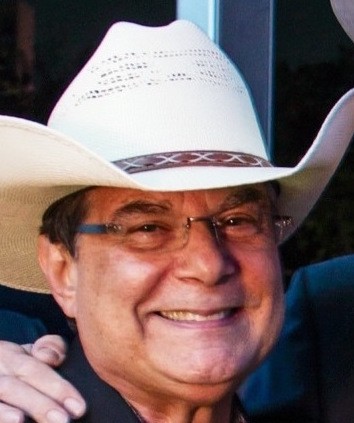 Arthur Benjamin. Pictured above with Powell, Benjamin has been hobnobbing with celebrities on the charity circuit and donating to politicians from Obama and Clinton to McCain and Romney. He helped run APSCU’s PAC, giving cash to officeholders who protected for-profit colleges on Capitol Hill. Some of Benjamin’s riches came from serving as CEO of the for-profit college ATI, shut down by the Justice Department last year for systematic fraud.

Suze Orman. She calls herself “America’s most recognized expert on personal finance,” but Orman teaches an online personal finance course at the University of Phoenix and promoted the school at a Capitol Hill event, even though attending an expensive for-profit college can be one of the worst financial decisions a person can make. The University of Phoenix is under investigation by the attorney generals of Massachusetts and Florida. 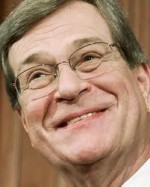 Trent Lott. The former Senate Majority Leader (R-MS) has lobbied on behalf of APSCU to block accountability for predatory colleges. Republic Report has him on camera explaining how he uses his Senate connections to get things done but also struggling to explain the merits of his position.

Anita Dunn.  She was Barack Obama’s campaign and White House communications director. Having helped get Obama elected, Dunn then was hired by Kaplan, one of the biggest for-profit colleges, to undermine Obama’s effort to hold predatory schools accountable.

Mitt Romney. Asked on the 2012 campaign trail what he would do about higher education, Romney praised for-profit colleges, especially Florida’s Full Sail University, as affordable, innovative options. It turned out that Full Sail was possibly the third most expensive college in America.  Also, Full Sail’s owners made huge contributions to the Romney Super PAC, and Romney’s own investment company was offering clients stakes in Full Sail. 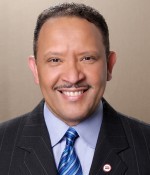 Marc Morial. The former New Orleans mayor is CEO of the National Urban League, which is dedicated to advancing the economic progress of African Americans. Morial wrote an op-ed opposing Obama’s gainful employment rule, even though the victims of predatory for-profit colleges are often students of color. The Urban League later publicly accepted a million-dollar gift from for-profit Corinthian Colleges, and in 2013 Morial joined Corinthian’s board of directors, whose members generally receive $150,000 per year. California’s attorney general sued Corinthian last year for widespread abuses and deception, and the company is also being probed by a dozen more state AGs, plus the federal Consumer Financial Protection Bureau, Securities and Exchange Commission, and Justice Department. 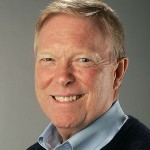 Dick Gephardt.  The former congressman (D-MO) and presidential candidate was known as a champion of working Americans. But he became a lobbyist for Corinthian Colleges, whose abuses come down hard on veterans, single mothers, and others struggling to feed their families. 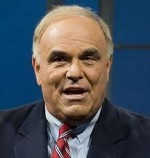 Ed Rendell & Tom Kean.  The bipartisan pair of former governors (D-PA and R-NJ) co-authored a 2011 op-ed announcing a new panel to craft and monitor a code of conduct for for-profit colleges. The op-ed failed to disclose that Kean is a partner in a private equity firm that invests in for-profit colleges. The panel proved to be nothing more than a public relations stunt when it quietly disappeared. 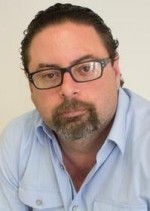 Ernesto Perez. The CEO of Florida’s Dade Medical College donated heavily to national and local politicians, explaining, “you need access to these individuals if you want to engage the political process.” Perez resigned after he was charged with perjury and failing to disclose to a legislative panel his criminal conviction and jail term for battery and exposing himself to a child. 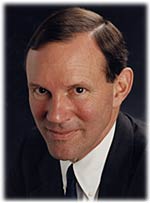 Donald Graham. He turned his fabled Graham family’s Washington Post Company into an enterprise dominated by the troubled Kaplan for-profit college. He has used his D.C. power and prestige to take the lead in pressuring the Obama administration to gut the gainful employment rule. Four state AGs are probing possible wrongdoing at Kaplan schools. 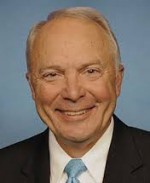 John Kline. The chair (R-MN) of the House of Representatives committee overseeing education is one of the top recipients of campaign cash from the for-profit college industry, along with House Speaker John Boehner (R-OH), Kline’s lieutenant Virginia Foxx (R-NC),  and ethically challenged House members Vern Buchanan (R-FL), Alcee Hastings (D-FL), and Rob Andrews (D-NJ). These members, at the bidding of for-profit colleges, cheerlead for the industry and promote bills to prevent accountability for waste, fraud, and abuse with our tax dollars. A 2011 APSCU draft memo I obtained described the group’s strategy on Capitol Hill as “directed by House Republican leadership.” 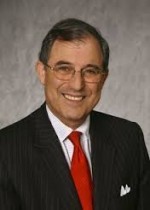 Lanny Davis & Melanie Sloan. Former Clinton White House counsel turned mega-lobbyist Davis and Sloan, head of the ethics watchdog group CREW, each alleged during the gainful employment fight that Wall Street short-sellers who bet against the for-profit college industry might have manipulated U.S. Department of Education officials. University of Phoenix founder John Sperling, a major donor to Democrats and liberal causes, was making similar claims behind closed doors and paying consultants to write similar op-eds. Davis for a period ran the Coalition for Educational Success, the for-profit college trade group that set up the Rendell-Kean panel. Sloan announced she was leaving CREW to join Davis’s firm, but later backed out. 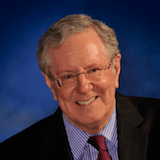 Steve Forbes. Last year, the former GOP presidential contender signed a deal with Bridgepoint Education under which Bridgepoint would pay Forbes Media at least $45 million over twelve years to name Bridgepoint’s Ashford University business school the Forbes School of Business and license Forbes content. Following this deal, would Forbes magazine be prepared to report honestly on Bridgepoint, which has been under investigation by the attorneys general of Californa, Iowa, New York, and North Carolina, and which Senator Tom Harkin (D-IA) called “a scam, an absolute scam”?

If you think this industry has spent enough of your tax dollars buying lobbyists and famous friends, and you want to tell the Obama Administration that predatory for-profit colleges should be held accountable, you have until May 27 to submit comments here.