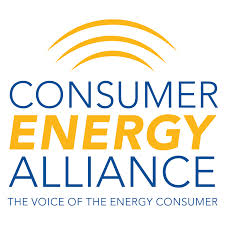 As Republic Report has previously noted, a group called the Consumer Energy Alliance has led the grassroots-organizing efforts to pressure politicians to support the Keystone XL pipeline. The group has mobilized letters to Congress, petitions to the State Department, and maintains a website caleld “BuildKXLNOW.org,” among other efforts.

New disclosure information obtained by Republic Report reveals that CEA continues to receive big donations from the nation’s largest oil companies, including firms positioned to profit from the shipment of tar sands oil from Alberta to the gulf coast.

The American Fuel and Petrochemical Manufacturers — a trade group that represents Koch Industries, Valero, Phillips 66, Marathon and other refinery businesses — gave CEA contributions totaling $522,500 last year. In addition, the American Petroleum Institute, a lobbying group for the oil industry, gave $50,000 to CEA in 2013.

CEA has pitched the Keystone XL pipeline as an opportunity to create American jobs and to secure oil from Canada, a U.S. ally.

AFPM, however, has been outspoken about its despite for Keystone XL pipeline oil to be used for foreign export. Charlie Drevna, president of AFPM, lobbied personally against legislation that would require Keystone XL pipeline to be used solely in domestic markets. “If artificial and counterproductive restrictions were to be placed on these exports, American refineries would be forced to produce less gasoline for American consumers,” said Drevna at a congressional hearing.

Approval of the Keystone XL would increase emissions by 100 million to 110 million metric tons a year, according to a recent study. The carbon emissions associated with the pipeline would be roughly equivalent to adding pollution from approximately 40 million cars or 55 coal plants.