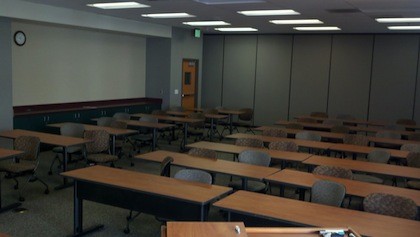 The Obama Administration is releasing its “gainful employment” rule, aimed at curbing abuses by federally-funded career colleges, at 7 am Thursday.  I can’t fully evaluate the rule without seeing its details. But I have obtained a press release and fact sheet provided by the Administration to the media and also spoken to Administration and other sources, and I have this to report: UPDATE [Oct. 30 11:00 am]: I’ve read the rule, and my views remain the same]

1. The rule is far too weak to address the grave misconduct of predatory for-profit colleges.  The Administration missed an opportunity to issue a strong rule, to take strong executive action and provide real leadership on this issue.  However, the for-profit college industry remains on the ropes because its abuses have now been exposed — in some measure as a result of the angry fight the industry has waged over gainful employment.  Federal and state law enforcement are engaged in serious investigations and lawsuits, the latest being a devastating complaint filed by Wisconsin’s attorney general against Corinthian Colleges alleging that the company’s Everest campus in Milwaukee engaged in systematic lying to students about the urgency of enrolling, job placement, and other facts — and replaced the campus president, seemingly for not going along with the fraud.  The media has focused on the industry’s abuses, and, as the truth has reached prospective students, enrollments have dropped.

2. By eliminating the programmatic cohort default rate (pCDR) component of the draft rule released by the Administration in March 2014, this final rule only addresses the plight of graduates, through provisions comparing the debt of grads to their earnings; it does almost nothing to deal with programs where the biggest problem is high dropout rates. Unfortunately, there is voluminous evidence that when for-profit colleges want students to drop out, they know how to make that happen — by piling on more and more bills and forcing out students for alleged weak performance right up to graduation day.  So predatory schools can easily game the new rule, making their campuses dropout factories and only being measured by the fate of a small number of graduates (although, to be fair, the industry has proven adept at gaming and manipulating the school-level cohort default rates already required by law).  Multiple sources had told me that some Administration lawyers pressed for such a debt-to-earnings-only rule, because they wanted a conservative approach aimed at satisfying a federal court, after the judge struck down the 2011 version of the rule over the Administration’s alleged failure to offer an adequate rationale for a test measuring the loan repayment rate of grads and dropouts alike. (My colleagues and I met with Administration officials two weeks ago and sought, I guess unsuccessfully, to persuade them that these legal concerns were overblown. Because they are. )  Result: The rule is weaker than the March proposed rule, both because it fails to deal with the non-completers and because, according to sources, it lengthens transition periods before the rule’s penalties kick in.

3.  However, in significant respects today’s final rule is stronger than the rule that the Administration issued in 2011 — the rule that the for-profit college industry convinced a federal judge to strike down.  First, the debt to earnings test is somewhat more substantial than in the previous rule, although it remains too weak.  The Department of Education is saying that 1400 programs as currently performing would flunk the test — more than seven times as many as would have flunked the 2011 rule.  Second, although the 2011 rule had the repayment rate test that addressed dropouts, in that version of the rule, a program would remain eligible for aid unless it repeatedly flunked both the repayment and debt-to-earnings tests. In other words, the repayment rate test functioned as a life raft for programs that failed the debt-to-earnings test.  The final rule issued today eliminates that life raft — all programs must pass the debt to earnings test. So, while not as strong as the March 2014 draft, under which programs had to pass both the debt to earnings and the pCDR, the rule does make it more likely, as compared with the 2011 rule, that bad programs will eventually flunk and lose eligibility for federal aid.

In 2011, the Administration insisted that the furious campaign of lobbying — ranging from sending in emissaries to charm their old friends in the White House to issuing threats — directed at the Administration by the for-profit college industry was not a factor in its decision to water down its gainful employment rule. No doubt the Administration will claim the same again, despite the visit to the White House by Kaplan head Don Graham to see his friend Jeffrey Zients, the National Economic Council director; despite, I have heard, the last-minute call to the White House by a former very senior Obama White House official on behalf of one of the industry’s biggest companies; despite the millions spent by industry lobbying this year.

The industry, led by former congressman Steve Gunderson, head of their trade group APSCU, is already thundering its disapproval of the new gainful employment rule, and they are almost certain to challenge it in court and on Capitol Hill again. That’s because the barons who run APSCU and the big for-profit college companies believe they are entitled to a permanent flow of taxpayer billions, regardless of the poor quality and astronomical prices of the programs they deliver to students, and regardless of the documented frauds and deceptions. Their opposition, however intense and expensively announced, says nothing about the appropriateness of the rule.

As part of today’s announcement, the Administration committed to formalize a federal interagency task force to address for-profit college abuses and work with state attorneys general probing the industry.  It pledged other measures, and the historically reticent Department of Education showed this year that it knows how to use its existing authorities in forcing the decline of the awful Corinthian Colleges.  All of that is good, because there is still much more work to do to curb the deceptive and abusive practices of for-profit colleges, the fleecing of taxpayers, and the ruination of students’ lives across the country.

The Administration had the opportunity, through a strong gainful employment rule,  to demand here and now that federal aid only go to career education programs that were truly helping their students — to address the documented performance failures of an industry funded some 85 percent by taxpayers, and respond, with moral outrage, to the grave abuses of the cynical bad actors who dominate the sector. It didn’t seize the chance.  This struggle goes on.  Our coalition won’t rest until students and taxpayers are protected against predatory education companies, until our country makes a real commitment to supporting genuine career education, not the enrichment of sharp operators.  We are grateful for the public servants who continue to work toward that goal.