posted at 2:49 pm by David Halperin 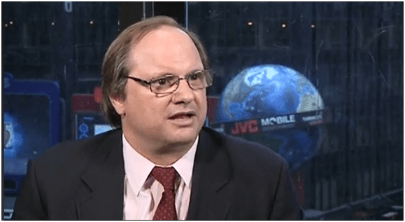 It’s become increasingly clear from law enforcement, congressional, and media investigations that many for-profit colleges are selling a product that can be toxic to students — high-priced, low-quality programs that often leave graduates and dropouts alike without improved career prospects and paralyzed by student loan debt, often $100,000 or more.  So when the for-profit college companies’ trade association, APSCU, meets in Washington next week for its annual lobby day, whom has the group selected to speak to its members on the subject of “Crafting the Positive Impact Proposition of Private Sector Colleges and Universities”?

None other than John Dunham, president of John Dunham & Associates, which, according to the firm’s website, guerrillaeconomics.com, is “an economic research firm uniquely focused on government relations.”  Dunham “specializes in the economics of how public policy issues affect products and services.”

Where did John Dunham learn these skills? “Prior to starting his own firm, John was the senior U.S. economist with Philip Morris, producing research and information on key issues facing all of the company’s divisions.” Philip Morris, of course, has long been one of the nation’s largest manufacturers of cigarettes. For decades, the company concealed important truths about the toxic effects of cigarette smoking.

Dunham worked at Philip Morris from 1995-2000, where, among other things, according to his CV, he “performed financial analysis of corporate legal settlements, including the largest in U.S. history.” It was during this period that public perceptions swung decisively against the image of the tobacco companies, and in 1999 the U.S. Justice Department sued Philip Morris and other big tobacco companies for fraud, charging the industry had engaged in a long conspiracy to mislead the public about the dangers of smoking. There are thousands of documents referencing Dunham in the publicly-available archive of tobacco industry materials. (After Dunham left Philip Morris, the government prevailed in the case, and the tobacco companies were ordered to start telling the truth about their harmful products.)

Now, it’s the for-profit colleges that are on the ropes, with mounting federal and state investigations about alleged deceptions and abuses of students and taxpayers, including, this week’s announcement by Consumer Financial Protection Bureau head Richard Cordray that his agency has sued for-profit giant ITT Educational Services and is carefully probing other companies. APSCU is worried, as it should be. According to a report by Wells Fargo market analyst Trace Urdan, APSCU lobbyists met with some state attorneys general and governors’ staff at this week’s National Governors Association meeting in Washington, and “APSCU requested that prior to taking action, the attorneys general provide some notice to the schools’ stakeholders. APSCU reported that some, though not all of the AGs seemed receptive to this notion.”

The industry also faces the challenge of a revised “gainful employment” rule from the Obama Administration, a measure that would eventually cut off federal aid to programs that consistently leave students with overwhelming debt. The CEOs of many of the biggest for-profit colleges have been meeting at the White House to argue against issuance of the rule. The Wells Fargo report says, not surprisingly, that the “theme” of next week’s APSCU meetings with Members of Congress and their staffs “will be stopping the new Gainful Employment regulation.”

APSCU includes ITT, EDMC, Kaplan, Corinthian, Bridgepoint, DeVry, Globe and other companies now accused of fraud and deception, and it has harbored egregious abusers like FastTrain College and ATI up until they’ve been shut down by authorities for systematic fraud.

APSCU and other for-profit college companies have managed to “persuade” many Republicans, and some Democrats, on the Hill through ongoing campaign contributions. But in their lobby meetings, they at least have to appear to argue in terms of the merits.  In seeking to sell APSCU’s toxic product on Capitol Hill, and persuading Washington that the industry should continue receiving more than $30 billion a year in taxpayer money, it seems that a veteran of crafting policy arguments for the tobacco industry is the man for the job.

It’s one more sign of the deep cynicism of the big for-profit college companies — and the deep trouble the industry is now in.

Instead of trying again to put lipstick on their diseased pig, wise players in the sector should start figuring out how to change their business model and make money by actually helping students to train, at affordable prices, for genuine careers.

By the way, APSCU has prepared these tips for its members coming to take Washington by storm: