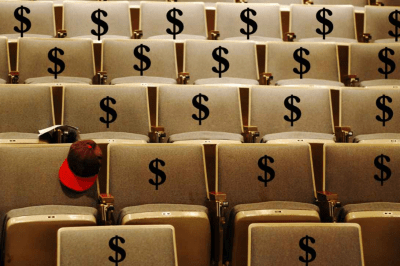 The U.S. Department of Education has this week posted online reports from its program reviews of colleges receiving federal student aid, including major schools like Georgetown University and the University of Arizona, as well as of controversial for-profit colleges. The purpose of these regular reviews, where Department officials randomly sample student files and other records and meet with school officials, is to determine whether a school is complying with federal rules governing student financial aid, for example, taking more aid than regulations warrant through policies or practices that overstate student attendance figures, or misreporting financial aid disbursement procedures to the Department.

The Education Department has faced some criticism in recent years for what seems to be relatively weak enforcement of federal rules, given the overwhelming evidence that some for-profit colleges have been engaged in systematic waste, fraud, and abuse with federal tax dollars. In recent months we have seen signs that the Department may be stepping up some, with the Department’s Office of Federal Student Aid sending a letter to troubled Corinthian Colleges alleging “systematic deficiencies” in the company’s operations and demanding student job placement data, and the Department’s Inspector General issuing a subpoena to the University of Phoenix regarding a broad range of that school’s activities.

The new posting of these program review reports is clunky — the only link on the Department’s new program review page is to an Excel spreadsheet you must download, and then within the spreadsheet are URL links to many, but not all, of the reports, in a PDF format that seems to crash some web browsers.  But the newly released reports are worth examining, because they provide a window into Department enforcement efforts in recent years, as well as school practices.

A November 2012 report on ATI Career Training Center raises some questions about company activities.  But it seems a fairly muted analysis — ATI is charged, for example, with having an “Unofficial Withdrawal Policy” that is “Not Adequately Developed”  and with disbursing $700 in financial aid to which a student was not entitled — given that ATI already had been the subject of numerous media reports and a federal whistleblower suit alleging rampant fraud, and that as a result of the Justice Department joining the whistleblower action, ATI was shut down less than a year later.  A second Department team, conducting a separate review of ATI in the same time frame, also did not raise alarm bells.

A January 2013 report on the Art Institute of Atlanta, owned by EDMC, the second largest for-profit college company, which is being sued by the Justice Department for recruiting fraud, concludes that the campus has liabilities from its program review of $9,606.64 for inappropriate banking practices.  Meanwhile, a Department review of WyoTech, owned by Corinthian, found significant compliance issues with regard to verification of student financial aid eligibility, and potential liabilities of nearly $200,000.

The new release is of reports issued in 2013, and the Department commits on its website to post new reports on a quarterly basis going forward.