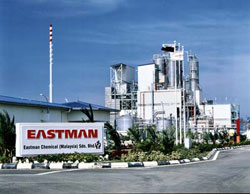 As 4-methylcyclohexane methanol (MCHM), a coal-processing chemical, leaked into the Elk River in West Virginia last month, the health effects of the substance were not, and are still not, clear. Both federal and state officials know little about the chemical, even though it has been in use for decades.

And if Eastman Chemical Company, the manufacturer of MCHM, has its way, Americans will be kept in the dark about their product and many other chemicals.

MCHM is one of tens of thousands of chemicals currently on the market that have not undergone health and environmental testing, as Politico has pointed out. The law that governs chemical safety is woefully out of date. When the Toxic Substances Control Act of 1976 was passed, the law “grandfathered in” over 60,000 chemicals, including MCHM, meaning there was no requirement that anyone prove those chemicals were safe to use. Watchdogs note that the law is so weak, new chemicals brought to market are not adequately tested for health and environmental risks, either.

Why hasn’t Congress updated the TSCA?

As Ronnie Green reported for the Center for Public Integrity, the American Chemistry Council, a trade group for the chemical industry, has blocked state-level chemical safety reform through aggressive lobbying efforts. The trade group is also leading efforts to water down and defeat a strong new federal TSCA law.

According to the American Chemistry Council website, Mark Costa, the President and CEO of Eastman Chemical, serves on the organization’s board of directors.

Americans currently have virtually no public information about the health risks associated with the chemicals used in baby toys, cosmetics, oil drilling, and beyond. The only study done on the toxic effects of MCHM is owned by Eastman Chemical and its contents are “proprietary.” The company finally released the study after public pressure resulting from the spill, but questions are still unanswered.