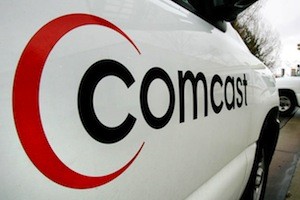 The news that cable and news giant Comcast has struck a deal to purchase Time Warner, another large cable business, has raised concerns over market concentration. Observers note that the combined company, even if it divests some holdings, would create monopoly-like conditions for the industry.

Many are predicting a lobbying blitz by both companies to pressure governments officials to accept the deal. When Comcast purchased NBC Universal, lobbyists were hired to ensure the merger went through. Critics charge that the payments went beyond the traditional influence industry: after signing off on the Comcast-NBC deal, FCC Commissioner Meredith Attwell Baker was hired by Comcast for an undisclosed amount.

The recently installed head of the Department of Justice Antitrust Division, William Baer, was a lawyer representing GE and NBC in their push for the merger with Comcast. At the time, Baer was an attorney with the firm Arnold & Porter. To his credit, Baer said last month that he is skeptical of further consolidation of the cable market. Disclosures reviewed by Republic Report show that Baer will continue receiving payments from Arnold & Porter for the next eleven years as part of his retirement package.

Maureen Ohlhausen, one of four commissioners on the Federal Trade Commission, which oversees antitrust enforcement, provided legal counsel for Comcast as an attorney just before joining the FTC. She also represented NBC Universal in the year before before becoming a commissioner in April of 2012. NBC Universal completed its merger with Comcast in January of 2011.

Still, several officials have signaled that they may reject the Comcast-Time Warner deal. Federal Communications Commissioner Ajit Pai told the Wall Street Journal that the merger could face “a number of hurdles in the Obama administration.”

Comcast and Time Warner are major players in both political parties.

Update: FTC Commissioner Joshua Wright, who began his term last month as a Republican member, worked for the economic consulting firm Charles River Associates since 2009. According to his disclosure, obtained by Republic Report, Wright was on a CRA team that had been retained to secure “antitrust clearance from the DOJ and FCC” for NBC Universal’s merger with Comcast. In addition to his salary as a law professor, Wright earned nearly $900,000 in outside income consulting for various Charles River Associates clients.