At UN Summit, Businesses Back Climate Reforms While Quietly Financing Lobby to Kill Them 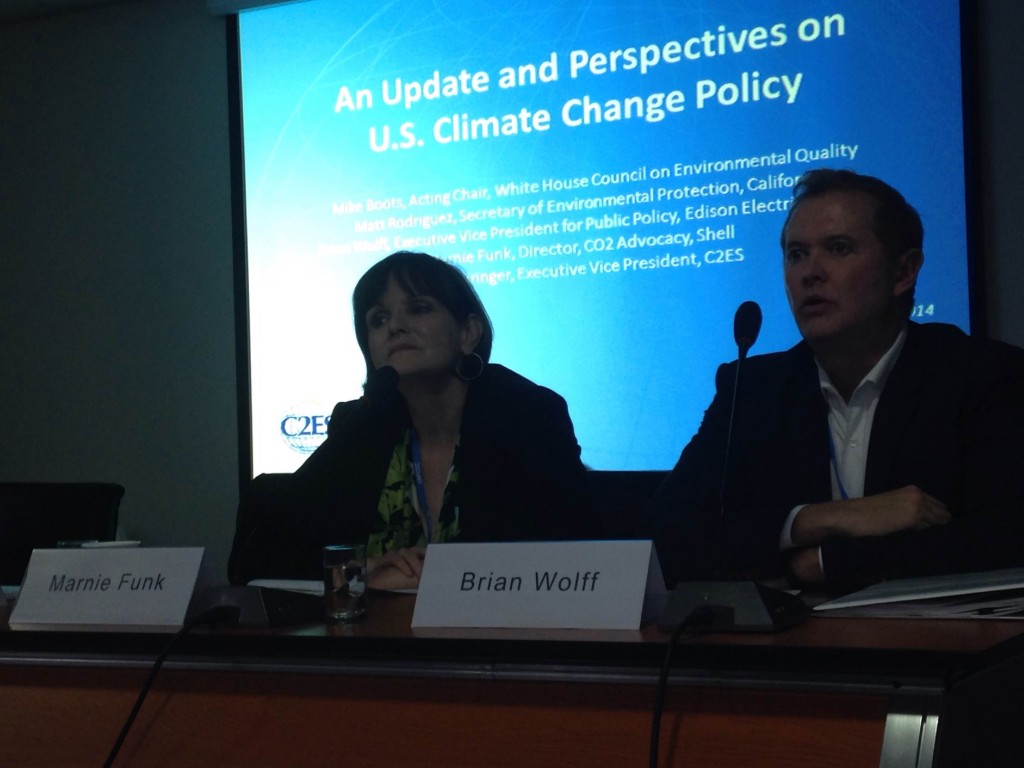 LIMA, PERU — Several fossil fuel interests are here at the United Nations climate negotiations, putting on their best public face in support of reducing carbon emissions. Despite the lofty rhetoric, with some pledging to lead the way in reducing carbon pollution, the same corporate actors are also fueling efforts to block any substantive reforms.

It’s been called the “Jekyll and Hyde Approach to Climate Change.” In other words, businesses are boosting their brand by appearing to support climate reforms, while working to block policies to achieve these goals at very same time.

Republic Report talked to several corporate lobbyists and business representatives at the summit this week about their ties to pressure groups working to block action on carbon reduction in the United States.

The Edison Electric Institute, a lobbying group that represents utility companies, many of which rely on coal-based power plants, is indicative of this approach. The group claims that it is “committed to addressing the challenge of climate change” and says its member companies, including American Electric Power, Duke Energy, Xcel Energy, and others, “have undertaken a wide range of initiatives over the last 30 years to reduce, avoid or sequester GHG emissions.”

But EEI doesn’t just support both sides of the aisle, they support both sides of the moral spectrum on climate change. Brian Wolff, the executive vice president of the group, told us that his organization is a dues-paying member of the American Legislative Exchange Council, a group that recently released a slew of anti-environmental template legislation to express support for abolishing the EPA, delaying greenhouse gas-related regulations, and undercut the federal government’s ability to enforce climate change rules, including on power plants.

“There are benefits of having stakeholder engagement,” Wolff contends. “We’re involved with many Republican, Democrat organizations,” said Wolff at an event in Lima sponsored by the European Union pavilion. Wolff told us that he sent a staffer to a recent ALEC conference to see “what is going on there and the action coming up,” but said he could not recall if his representative voted to approve ALEC’s new bills focused on climate change.

Shell Oil plays from a similar script. Shell, also a member of ALEC, was revealed recently in a Bloomberg News investigation to be a donor to a campaign in California to attack the state’s landmark climate law, AB32.

At the same EU event, Marnie Funk, the vice president of communications at Shell, declared that her company is committed to climate reforms, telling the audience that her firm is “comfortable with a cap and trade approach.”

But when asked by Republic Report to reconcile her company’s pledge to support cap and trade with Shell’s efforts in California to attack cap and trade in California, Funk downplayed the effort, claiming that a Shell-supported trade group is simply asking for a two year delay of certain AB32 regulations. She did not respond to a question about supporting the rhetoric used by the campaign, known as the “California Drivers Alliance.”

The U.S. commitments to reduce carbon emissions are based on a patchwork of programs, most notably the EPA’s rules on coal-fire power plants, but also state-based plans such as AB32. For businesses that profit from practices that emit carbon emissions, it might make for effective public relations to pledge support for carbon reduction. But for the U.S. to achieve meaningful carbon reduction goals, policies from the EPA and California must succeed. For business groups quietly working to kill climate regulations, the high-minded language heard in Lima rings hollow.