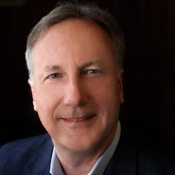 Notably, Holleyman is a former lobbyist who led efforts to pass the Stop Online Piracy Act legislation, better known as SOPA, when he was leader of the Business Software Alliance. The SOPA debate (along with its sister legislation, PROTECT-IP, in the Senate) brought a spotlight on industry efforts to undermine Internet freedom through what many considered to be draconian intellectual property policy.

Critics have pointed out, the leaked TPP documents relating to TPP negotiations reveal that the U.S. is seeking to resurrect portions of the SOPA bill through the TPP, namely, holding Internet Service Providers liable for hosting copyright infringement and extending the copyright life of certain corporate-owned copyrights. As Susan Sell, a professor of political science at George Washington University, noted, the proposed TPP provisions suggest the deal will advance intellectual property rules that “could not [be] achieved through an open democratic process.”

During the SOPA debate, Holleyman was chief executive of the Business Software Alliance, a trade group for software companies including IBM. Holleyman commended then-Judiciary Chairman Lamar Smith for his work in sponsoring SOPA and for pushing for its passage. In 2012, as the bill worked its way through Congress, the BSA spent over $1.6 million on lobbying. After widespread outrage against the bill, which eventually failed, BSA withdrew official support and sought similar policy changes through other legislation.

If the Senate approves Holleyman as the next deputy trade representative, he will have another opportunity to advance SOPA-style policy.

Last week, Republic Report broke several stories regarding the TPP, including bonuses paid by CitiGroup and Bank of America to officials also tapped by the administration to lead the TPP deal. We also reported on media companies and their lobbying efforts on the bill — which have been extensive, despite the lack of coverage media outlets are devoting to the issue.