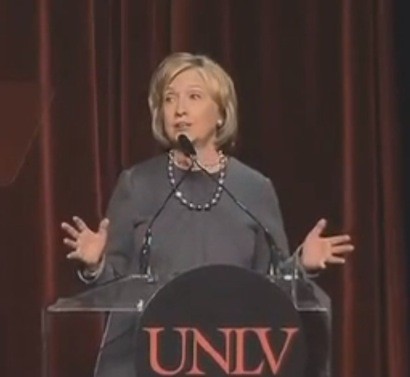 In the 2o12 election campaign, when a reporter asked GOP candidate Mitt Romney what he planned to do about higher education and college affordability, Romney praised for-profit colleges, and particularly one school, Florida’s Full Sail University, for its ability to “hold down the cost of their education.” It was eventually exposed that: (1) Full Sail was perhaps the third most expensive college in America, (2) Full Sail’s owners were heavy contributors to the Romney campaign, and (3) Romney’s own private equity firm was actually invested in Full Sail.  But whatever Romney’s motives in singling out this sector, it was notable that a leading office seeker was willing to praise the for-profit college industry, and that such praise did not create much concern with the public.

Times have changed dramatically since then. In 2014, numerous candidates for office have made a point of stressing their efforts to stand up for students by fighting the abuses of predatory for-profit colleges. Hillary Clinton also has singled out the for-profit college industry for criticism.  Meanwhile, even though the for-profit college industry continues to pour campaign contributions into Capitol Hill coffers, I haven’t found any 2014 candidates out there who, like the 2012 Romney, have affirmatively stressed their support for the industry. HBO comedian Bill Maher has even made an entrenched GOP House chairman’s support for the industry a central basis for his effort to oust that incumbent from office, while John Oliver offered a devastating attack on the industry on his own HBO show.  The numerous law enforcement investigations, and the overwhelming evidence that predatory colleges are deceiving, overcharging, and under-educating students, while taking in billions in taxpayer money, has made this industry toxic in campaign discourse.

This turn of events comes as President Obama faces a critical decision about issuing a new “gainful employment” rule that would hold cut off federal aid to career colleges that consistently leave students buried in debt. With the President and many of his policies currently unpopular on the campaign trail, the Administration might consider that taking a tough stance regarding predatory college companies that rip off students and taxpayers alike would not only be the right thing to do, but also would garner approval from the public.

Here are some examples of how predatory for-profit colleges are pariahs on the 2016 campaign trail:

Finally, while a number of members of Congress submitted comments to the Obama administration opposing the original version of the gainful employment rule in 2011, this year not a single member of Congress wrote to object generally to the rule.