Obama Team Must Be Fair, but Tough, on For-Profit Colleges

posted at 6:33 am by David Halperin 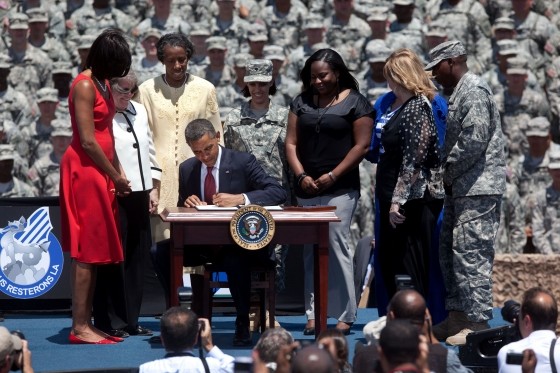 This morning the U.S. Department of Education convenes what may finally be the last session of its negotiated rulemaking on a proposed “gainful employment” rule, a measure aimed at cutting off federal aid to career college programs that fail to train students to earn a decent living.  The latest draft regulation from the Department would be a step in the right direction as compared with the status quo, but as the New America Foundation’s Ben Miller shows, it’s somewhat weaker than the previous draft, in terms of holding predatory career colleges accountable for programs that leave students with incomes too low to repay their expensive student loan bills.  As someone who communicates almost every day with students who have seen their financial futures ruined by the deceptions of for-profit colleges, I can tell you these men and women — veterans, single parents, and others struggling to pay the bills — very much hope the Department will issue a strong final rule, one that channels federal aid to programs that actually help students build careers.

The version of the gainful employment rule that the Obama Administration issued in 2011 was also useful but too weak; just for example, a program could have had two-thirds of its graduates and dropouts unable to pay down their loans, yet remain eligible to share in the torrent of $33 billion in federal aid that now goes to for-profit colleges. The Administration watered down that rule from previous iterations under intense pressure from for-profit college lobbyists. What did the Administration get for listening to those lobbyists?  Nothing.  The for-profits, through their arrogant trade association, APSCU, hired the most expensive lawyers in Washington — courtesy of your tax dollars, since many APSCU members get close to 90 percent of their revenue from federal aid — and convinced a federal judge to strike down the rule.

Given the imperative of having the next version of the rule immune to another courthouse defeat, the Department is understandably cautious. But nothing in the judge’s opinion or other relevant federal law demands that the new rule be weak or ineffective. The district judge directly affirmed the power of the Department to regulate in this area, implementing a congressional mandate that career programs receiving federal aid lead to gainful employment. Instead, to pass judicial muster the process must be fair, and the Administration must articulate a clear explanation as to why the rule is justified by the facts. The enormous damage to students and taxpayers from predatory for-profit colleges has now been heavily documented by a Senate committee and many others, as have the cynical deceptions and manipulations of many of the industry’s big players. The situation fully warrants a strong rule that drives out bad actors.

If you think the for-profit colleges will be inclined to moderate their bad behavior if the new gainful employment rule is somewhat weakened again, consider the propaganda attack the industry has unleashed this week to coincide with the rulemaking session:

The for-profit college barons, believing they are permanently entitled to federal billions regardless of the outcomes for students, are never gonna play nice or accept reasonable accountability measures.  The truckloads of cash they receive every year from taxpayers allows them to hire the most expensive lobbyists, lawyers, and spinmeisters, buy friends on Capitol Hill, and co-opt non-profits and media outlets. They are going to respond only to tough measures.  The Justice Department, Securities and Exchange Commission, Federal Trade Commission, Consumer Financial Protection Bureau, and a bipartisan group of 32 state attorneys general have started to get tough, issuing rules and pursuing enforcement actions. President Obama himself has issued tough statements, warning the industry to end their deceptions.  But the Department of Education’s rules are an essential piece of the puzzle if the for-profit college industry is going to be straightened out, taxpayers are going to be protected, and students are going to have a fair shot at building careers, instead of being scammed. The Administration’s new rule must be fair, but tough.

UPDATE [2:20 PM] The letter from Democrats supporting a gainful employment rule, organized by Representatives Elijah Cummings and Mark Takano was released a few minutes ago. No sign yet of the anti-rule letter organization by the industry’s paid-for friends.

Also, Representative Cummings came to the negotiated rulemaking session at the Department of Education today and spoke with negotiators during a break.

I will add that today’s rulemaking session, still in progress, is bringing out the deep flaws in the latest draft regulation. Negotiators representing students, veterans, and others have expressed sharp disagreement and disappointment with the changes in the latest draft. You can read more in Ben Miller’s blog account or see my tweets. It remains to be seen what the Department of Education will do with these comments when it issues a proposed rule and then, after public comments, a final rule. No doubt the for-profits will keep lobbying hard to destroy the rule, and then likely will once again seek to overturn it in Congress and the courts.